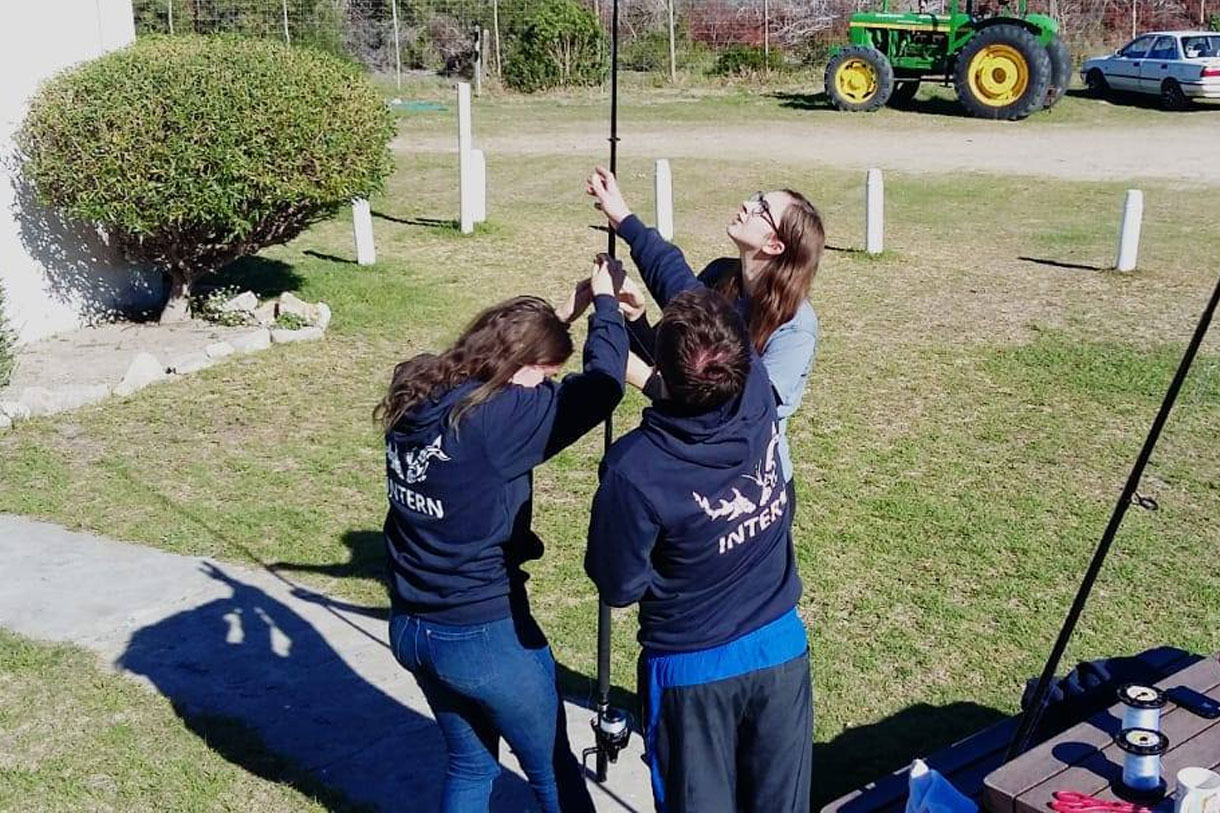 As a scientist, it is important that you have the skills you need to collect your own data rather than relying on someone to do it for you. This will give you more control during the process of data collection while conducting your own research. Fishing is a skill that, just like anything else, takes practise and this was our first run at it.

Data! Our morning lecture covered the topic of Oceanographic Research Institute (ORI) tagging. If we catch a shark, we work quickly to record the time of capture, species, sex and total length of the animal. If the shark is 40cm or more, it is suitable to be tagged. Over time, this data can allow us to make population estimates, determine movement patterns, as well as mortality and growth rates of our small sharks.

We were shown how to set up our fishing equipment from tying the different types of line, swivel, sinker hook and baiting up. Next, we practiced casting, did some drills on what to do if you caught a shark and then we were off!

To my surprise, I had a Dark Shyshark on the end of my line less than one minute after casting. We got her safely out of the water, measured her and due to the fact that we have tagged a Dark Shyshark before we released this one without a tag.

Pro tip- when releasing your shark double check that you have a good gage on the tide height, on the right is an example of what might happen if you do not.

How to become a citizen of science?

Simple, contact ORI and request a tagging kit. It will be sent with an instructional DVD on tagging procedures and how to record data.

My name is Danielle Kelly, I was one of the first interns accepted onto the Marine Dynamics Academy Scientific Internship along with Gary and Emma.