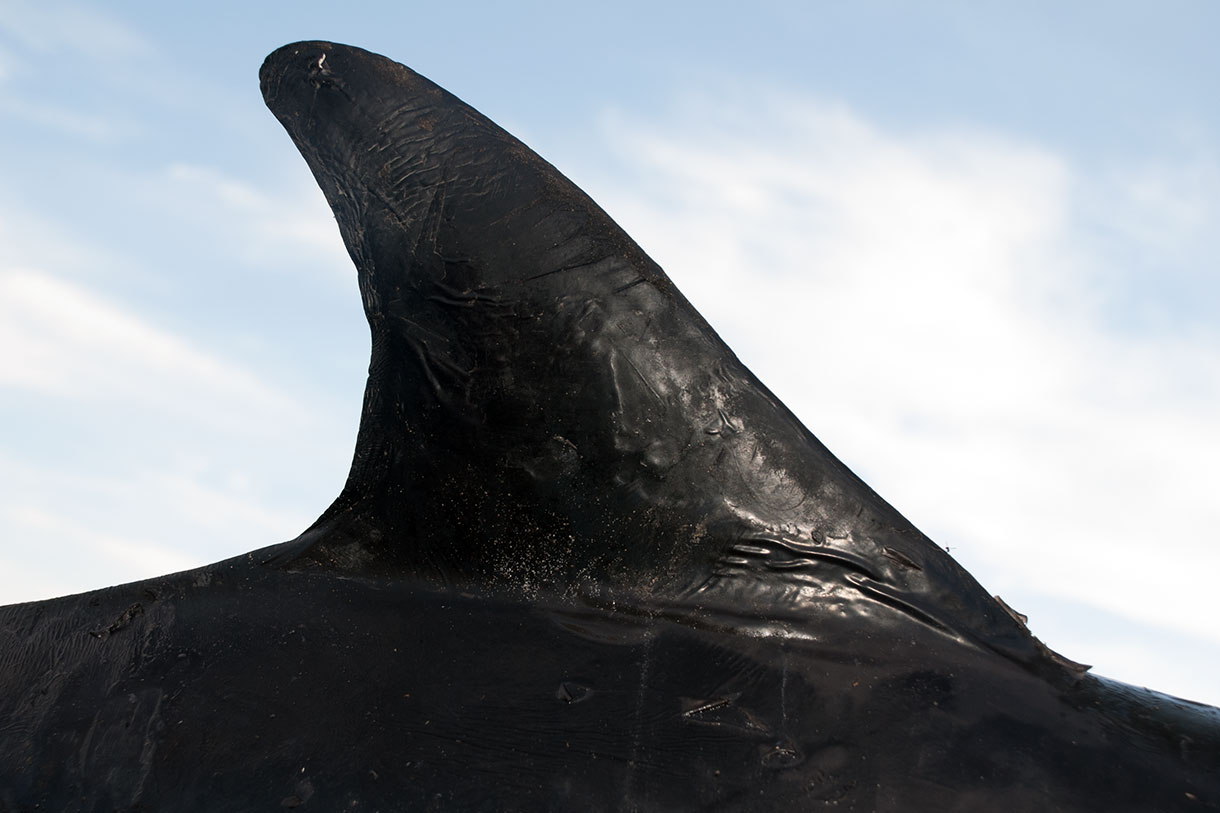 One of the most interesting parts of the internship is to learn new concepts that are at the forefront of modern science. Thursdays lecture introduced us to one such concept, 3d photogrammetry and its potential applications. The lecture, delivered by Ed, taught us how taking multiple pictures (approx. 1000) of a specimen, from all angles and with a high coverage, can be transformed into a 3d computer model, in which underlying surface patterns and minute surface variations can be seen. The final 3d model can then be viewed from any computer worldwide and has virtual reality potential.

After the lecture we were able to put the theory into practice and take all the required photos to produce a 3d model. A deceased common dolphin had washed up in August 2017 and we were able to photograph it before carrying out a dissection, instructed by Meredith, later that afternoon. We were able to gain a great deal of knowledge about the common dolphin whilst photographing it and we are intrigued to see the final 3d model, which will be posted on the website, so stay tuned.

The dissection began by taking a wide range of measurements of the common dolphin, from body and flipper length to the dimensions of the blowhole. The dolphin looked visually in good shape with no apparent injuries, so we began the dissection to hopefully find a cause of death. This is important because it can have wider ecological implications, such as a lack of potential food sources or a new predator in the area (link orca vs great white blog).

Unfortunately, we could not complete the dissection as the dolphin was still frozen inside due to the cold overnight conditions, but we hope to complete it at a later date, so stay tuned to our blog for future updates!