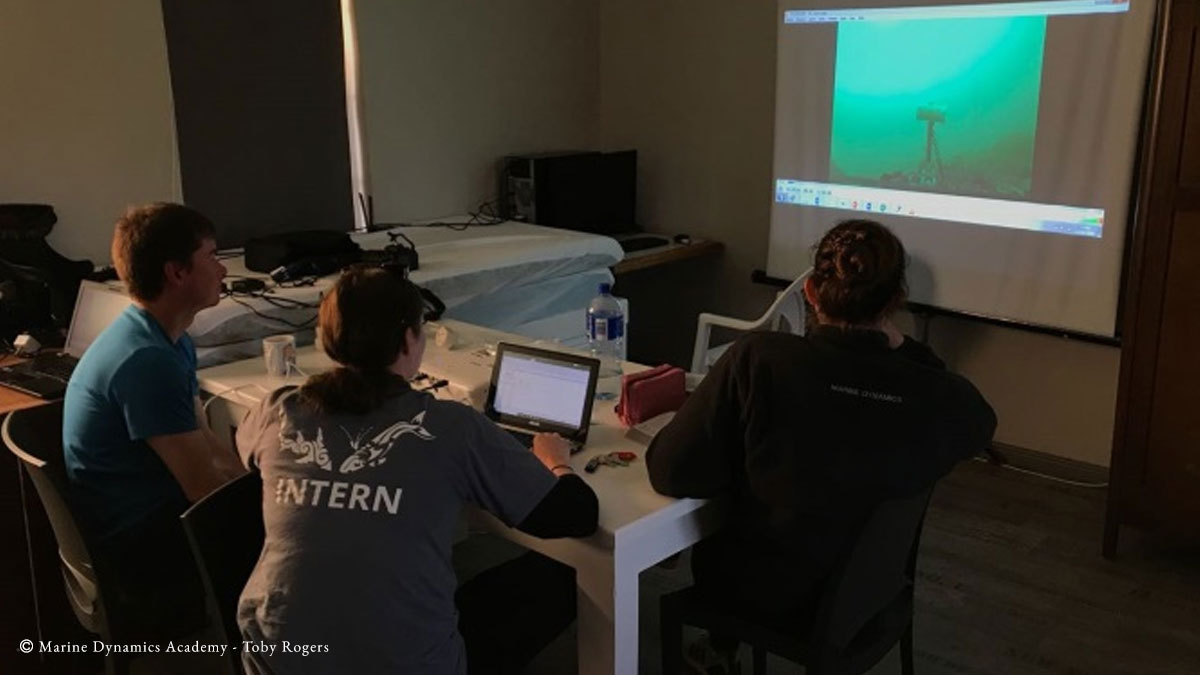 As explained by Emma in last week’s blog, BRUVs are an effective way to monitor the health of an ecosystem. From the footage you are able to determine such factors as species richness and taxonomic diversity, which is important to fully understand the current state of our Dyer Island ecosystem here in Gansbaai. The hour long BRUV footage was divided into 30 second intervals, after an initial five minute settling down period, and then accurate counts were taken of the benthic small shark species that came into shot. Having seen a wide diversity of species, such as Hagfish, Klipfish and Strepies, we saw our first shark after 46 minutes of analysed footage. The shark was identified as a Leopard Catshark and it was in and out of shot until the BRUV footage ended after the allotted hour.

Although we only saw one shark species, the footage is still valuable because the Leopard Catshark is one of the data deficient species in the Dyer Island ecosystem, so any information on them is very important. The other three BRUVs will be analysed at later date so stay tuned for any updates; you never know we might get footage of a Great White shark in one: