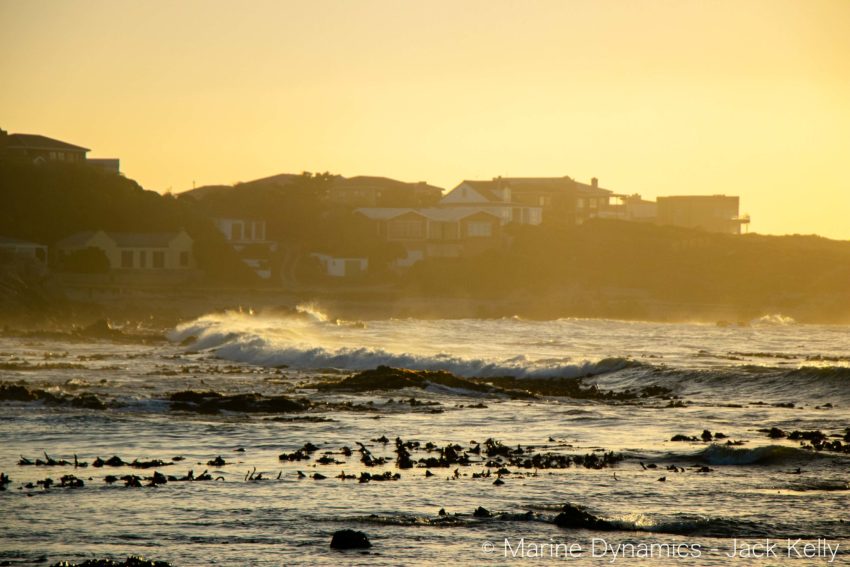 Out to The Shallows we Cruised!

On Saturday last I was assigned to on-board Slashfin, the commercial shark touring vessel of Marine Dynamics. After organising the required equipment to bring which included life jackets, wetsuits, towels and refreshments for the clients we headed down to the harbour. Once on Slashfin, myself and fellow intern Caoimhe began to help the clients stow away there belongings under their seats with help from the volunteers on duty that day also. After all the clients were comfortable and seated we made the 10 min journey out the  anchor location. It was a perfect day to be at sea on that day. The Sun was directly overhead. This combined with the calm sea and very little wind meant the top 2m of water were crystal clear, perfect conditions to observe sharks if they were to be in the area. Once we had anchored we began to collect everyone’s life jackets and started handing out the clients wetsuits which were sized to each individual as requested by them on check in at the Great White House that morning.  At this time the crew were busy chumming the water to attract any sharks in the area, and it didn’t

take long. Before the clients even had their wetsuits on there was a Bronze whaler shark interested in the bait. 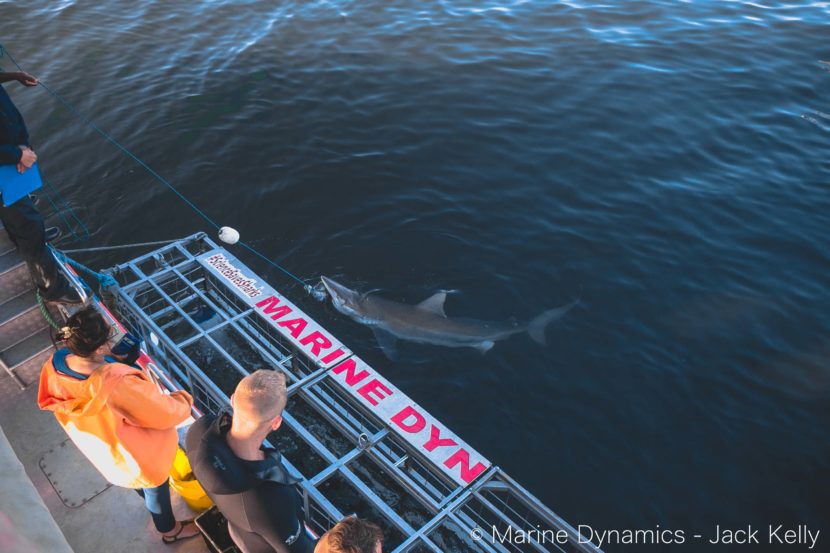 The bronzy didn’t stick around for long however, and within a couple of minutes the local favourite “Mini Nemo” was circling the boat. This created great excitement among client and crew alike. Our work as interns began on the arrival of that 4m meter great white. We began to record data on any white sharks that came to investigate our bait lines. This data included time of arrival, size and sex of the animals as well as any distinctive or unusual marking that would make identifying the animal easier. 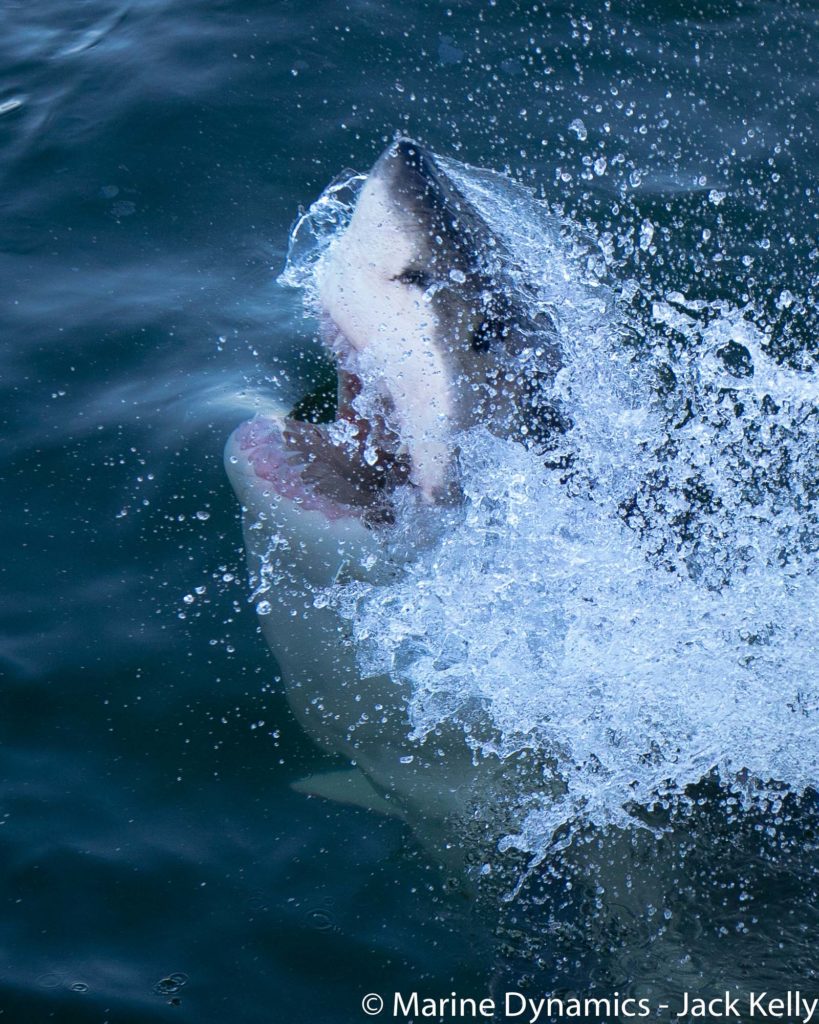 Throughout the next 2 hours we had 5 different great white sharks show interest in Slashfin. In addition to recording data sheets, I was also shooting pictures on a dslr camera. The primary goal is to get pictures of any interesting markings and the dorsal fin. Dorsal fins vary in appearance from shark to shark, similar to fingerprints in humans. For this reason the dorsal fin can be used to identify individual sharks. Although these are the primary shots to capture, those epic breeching shots can’t be neglected either, and plenty were added to my personal collection on this trip. On returning back to the harbour we came across thousands of cape cormorant who had left their colony nesting area on Dyer Island to come and feed in the early morning sunshine. Once back on land, the equipment was cleared and brought back up to the great white house, where we then washed the wetsuits and boots with the help of the volunteers that were on duty that day. Overall the morning trip was very enjoyable and I can’t wait to get more experience on Slashfin and learn about the individual sharks in the area. 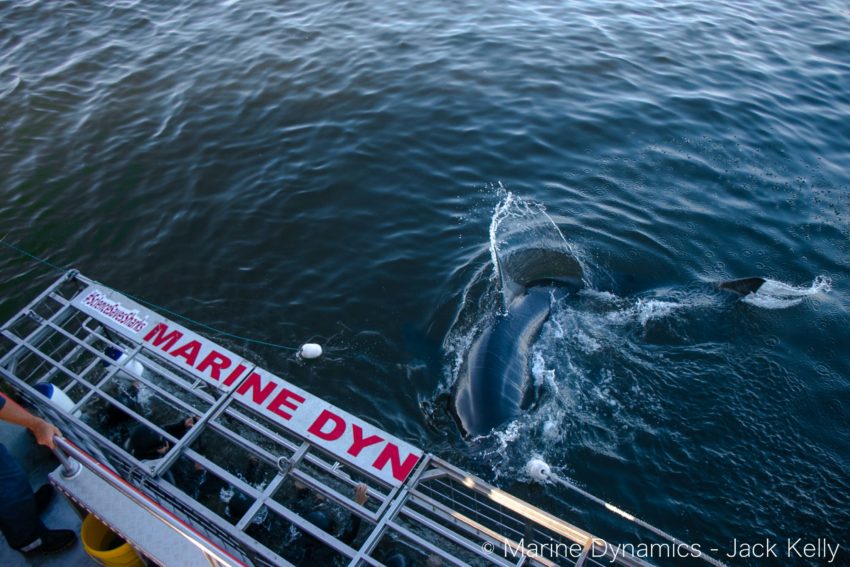