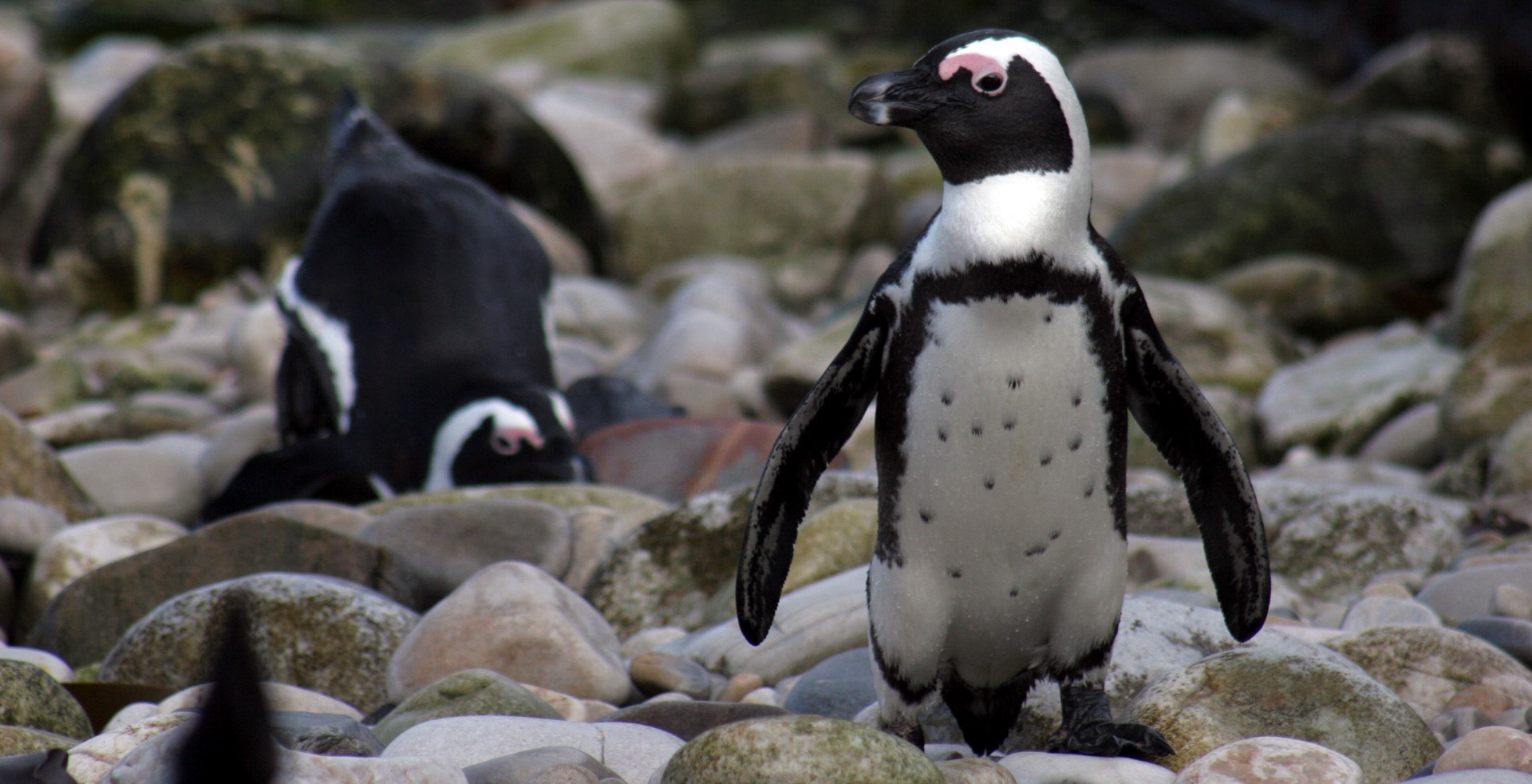 Students from various states in America signed up for the second online course offered by Global Leadership Adventures. With Covid-19 preventing the Marine Dynamics Academy from learning and working with students onsite, the team of marine biologists enjoyed the opportunity to interact online with marine enthusiasts who are committed to the environment.

Global Leadership Adventures conducts leadership programs with a purpose, exclusively for teens and young adults. Our team wholeheartedly supports their mission which is to ‘Inspire the Next Generation to Realize their Potential to Transform the World and their Role In It’ and were very impressed with the students who were all clearly committed to making a difference for conservation.

The students aged between 13 to 19 were tasked to work in teams on projects – their first was an Instagram post providing a tip for mitigating marine pollution and other environmental concerns; their second a team project to create a Marine Big 5 flyer; and their third project a write up on different aspects affecting our African penguins.  Here we share the story of the endangered African penguins and what we are doing to help rebuild the population. We have also shared the Marine Big flyers.

Well done to all the students who closed off the online internship with some incredible presentations about the course and the difference the course has made in their life.

What Happened to the African Penguin?

In the late 1800’s penguin eggs were being collected at an alarming rate. From the late 1800’s to 1960 a total of 13,000,000 penguin eggs were collected from nature because they were considered a delicacy. In the early 1900’s their guano (faeces)was also being harvested from the island colonies off South Africa and Namibia. The guano was rich in nitrogen and phosphates, which made it deal for agriculture fertilizer and harvesting crops. In fact, it was so desirable that the penguin guano was nicknamed “white gold”. The amount of guano taken forced the penguins to nest on the surface instead of well-insulated guano nests, which made it even easier for their eggs to be taken by predators. Additionally, oil spills destroy the special feathers on penguins that provide waterproofing and protect them from the cold. Because the penguins absorb the oils like a sponge, they may die of hypothermia. The result of these three impacting events are still noticeable today. The African Penguins are become endangered with only 13 300 breeding pairs left in South Africa. They are at their most vulnerable point. 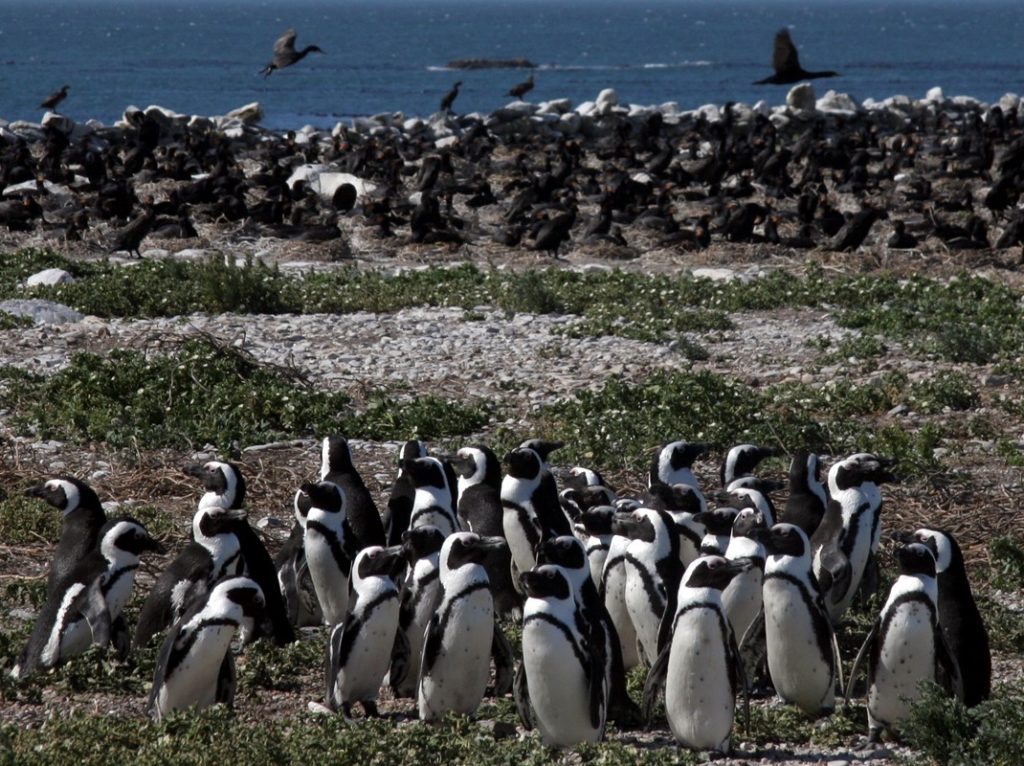 The Impact of Overfishing

Currently, overfishing is one of the biggest problems affecting the African penguin species in South Africa. The penguins’ diet consists mainly of fish such as sardines and anchovies, both of which are over harvested in the penguins critical feeding grounds. By overusing the resources available in the ocean, fisheries are greatly impacting the lives of many marine animals and the ocean’s ecosystem in general. This high demand for resources by humans heavily disturbs the natural environment and the availability of food for marine species.  It is more difficult for the penguins to find and hunt their food locally, and they have to travel greater distances just to find their meals, affecting not only the adults, but also taking parent birds away from their chicks that need to be fed.

Officially listed as endangered under the US Endangered Species Act in 2010, the population of African penguins has been dwindling for years, and with the addition of the devastating effects of overfishing, the wellbeing of the species continues to be detrimentally affected. A three year study conducted from 2011-2013 regarding juvenile penguins and their journeys for food revealed that more measures must be implemented to save this species and to help them gain back their habitat stability, including the protection of fish populations. 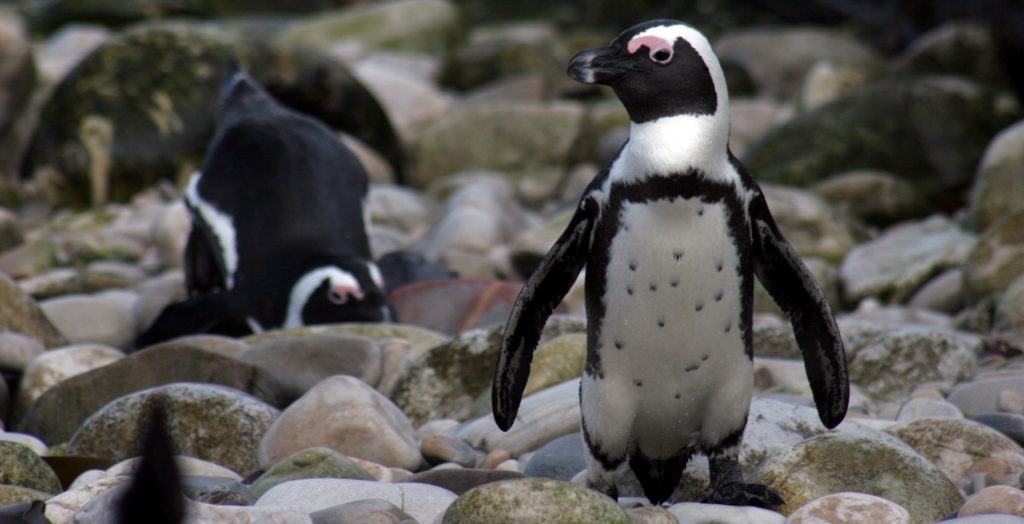 How Marine Pollution Can Become a Death Trap for Penguins

Often, when penguins are rescued by the Dyer Island Conservation Trust, they are entangled in a web of fishing line or on the brink of starvation because of ingested plastic. This is a direct result of marine pollution, one of the largest factors contributing to the decline in the African Penguin population. The United Nations estimates that 13 million metric tons of plastic ends up in the oceans each year. African Penguins can easily mistake small pieces of plastic for food. When they ingest plastic, it can cause internal ulcers and inhibit their ability to eat and digest food.

Fishing line, specifically, endangers these birds. Fishing line caught around their beaks and necks prevents penguins from feeding and breathing, and line wound around its feet can keep a penguin from swimming. Ultimately, the struggle against the fishing line can cause the penguin to become overly exhausted and drown. The penguins that survive often face physical trauma such as cuts and infections. The DICT rescues and restores harmed birds, returning healthy penguins to their habitat. The Trust has also made significant efforts in collecting fishing line through specially designed waste receptacles. Ultimately, the protection of African Penguins lies in our efforts to clean up marine ecosystems and prevent further movement of plastics into the ocean. 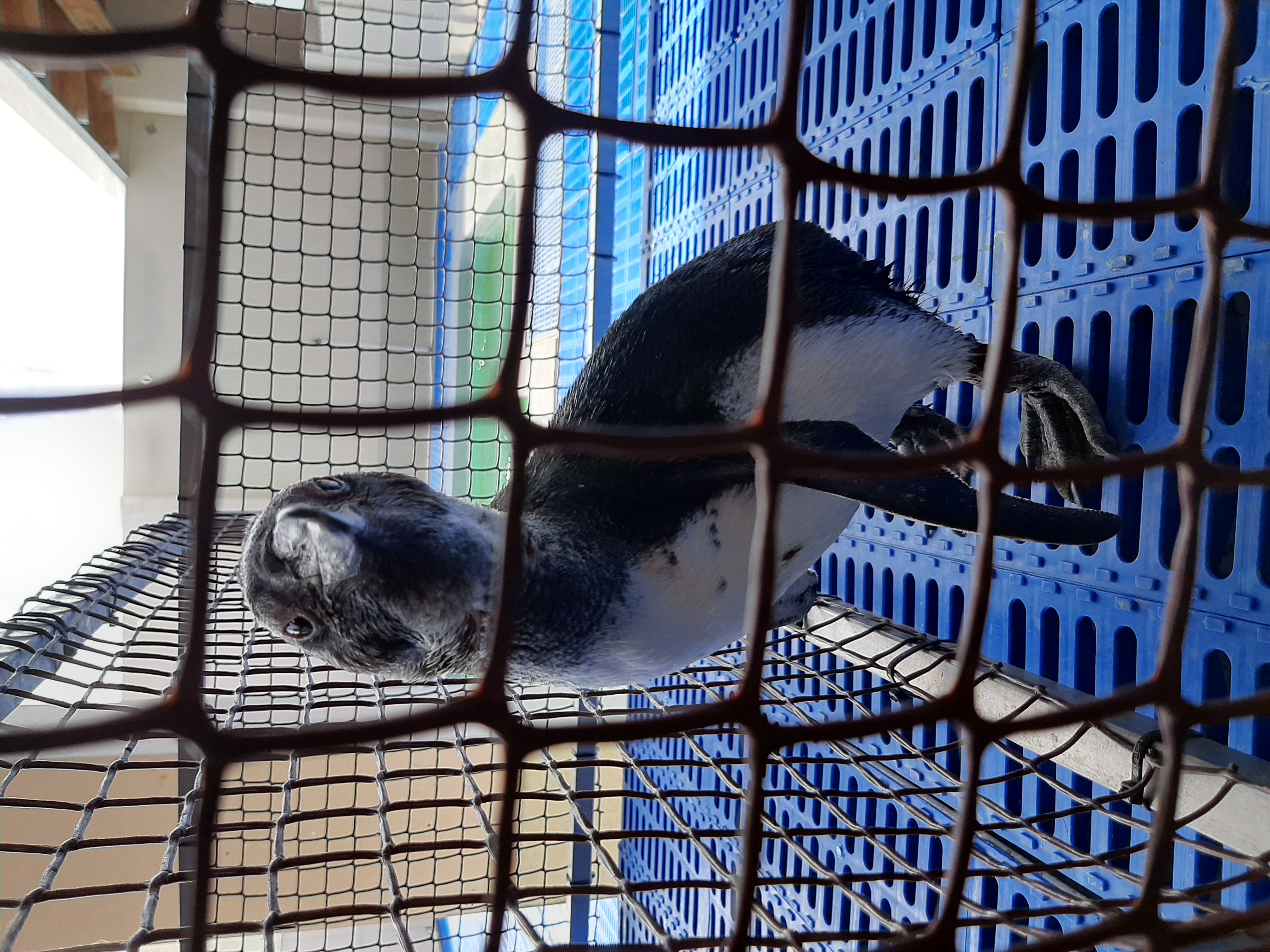 In 2006 the Dyer Island Conservation Trust started the African Penguin nesting program to help combat the decreasing population of the native African penguins. The main goal was to provide protection from predation for the penguins and their chicks. The project is part of the biodiversity management plan, for the species. As the nests were being built it was discovered that there were very specific conditions that needed to be considered, such as the temperature, humidity, exposure and shelter. The nests were modeled after their natural burrow habitats and developed for multiple penguin colonies. After multiple tests through various model structures for the penguins the Dyer Island Conservation Trust found that the newest structure was the one most successful, with 81% of the provided nests having eggs laid inside of them and 57% of those eggs had at least one egg hatch and the chick survive past the P4 stage. Through the program the nests have proved successful with improved fledgling survival and breeding success which all works toward bringing up the overall population. 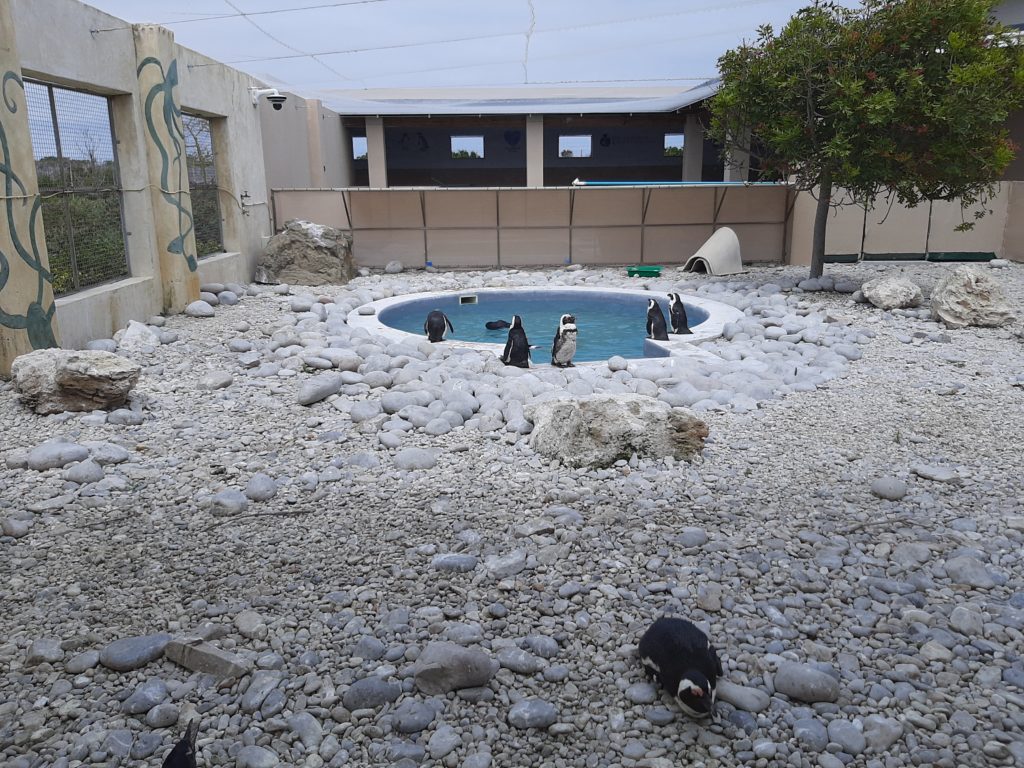 Since 2015, the African Penguin Seabird Sanctuary (APSS) has been active in aiding displaced, injured, oiled, abandoned, and diseased birds. With an eighty-percent release rate, APSS strives for penguin rehabilitation, while simultaneously preventing the rate of extinction. Provided with a temporary home, African penguins can promptly receive proper medical care. With the African penguin population rapidly declining, it is essential to support rehabilitation sanctuaries like APSS. There are approximately 13,300 breeding pairs of the African Penguin left in South Africa and in the span of 5 years, APSS has rescued and rehabilitated a total of 464 penguins!

By donating to APSS, one can make a positive impact in helping conserve and protect the African Penguin from extinction. Although APSS is more of a research facility, it encompasses a great educational experience! Annually, APSS does a penguin release right off their coastline where the public can watch. 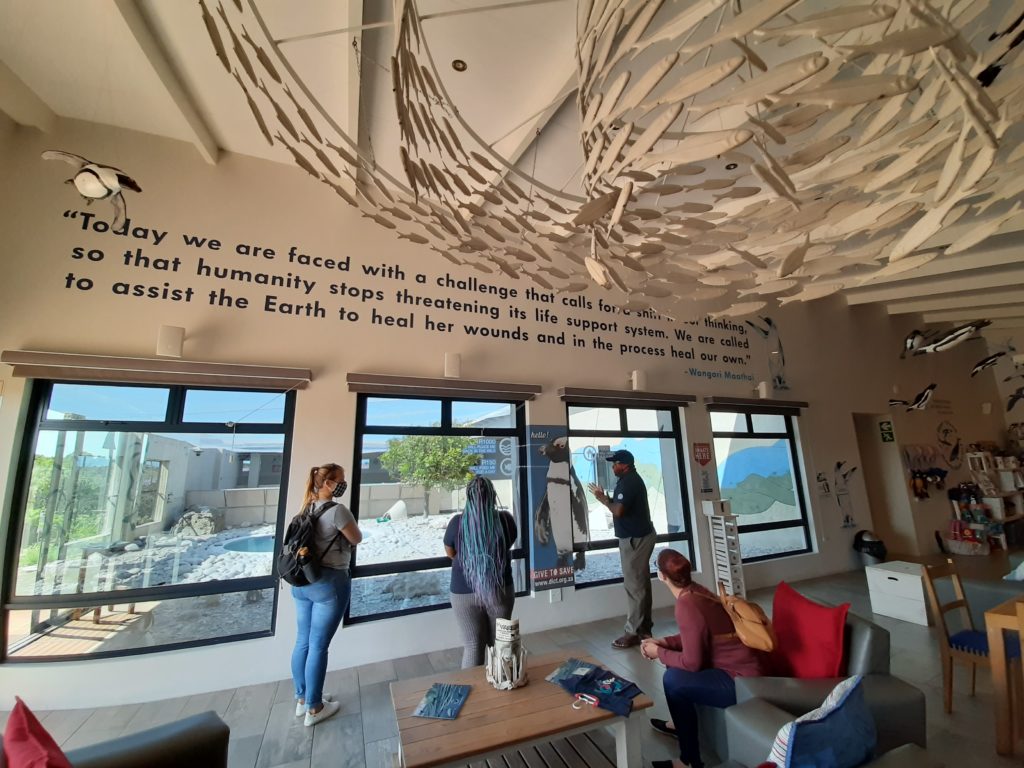 Visit www.dict.org.za to see how you can help. 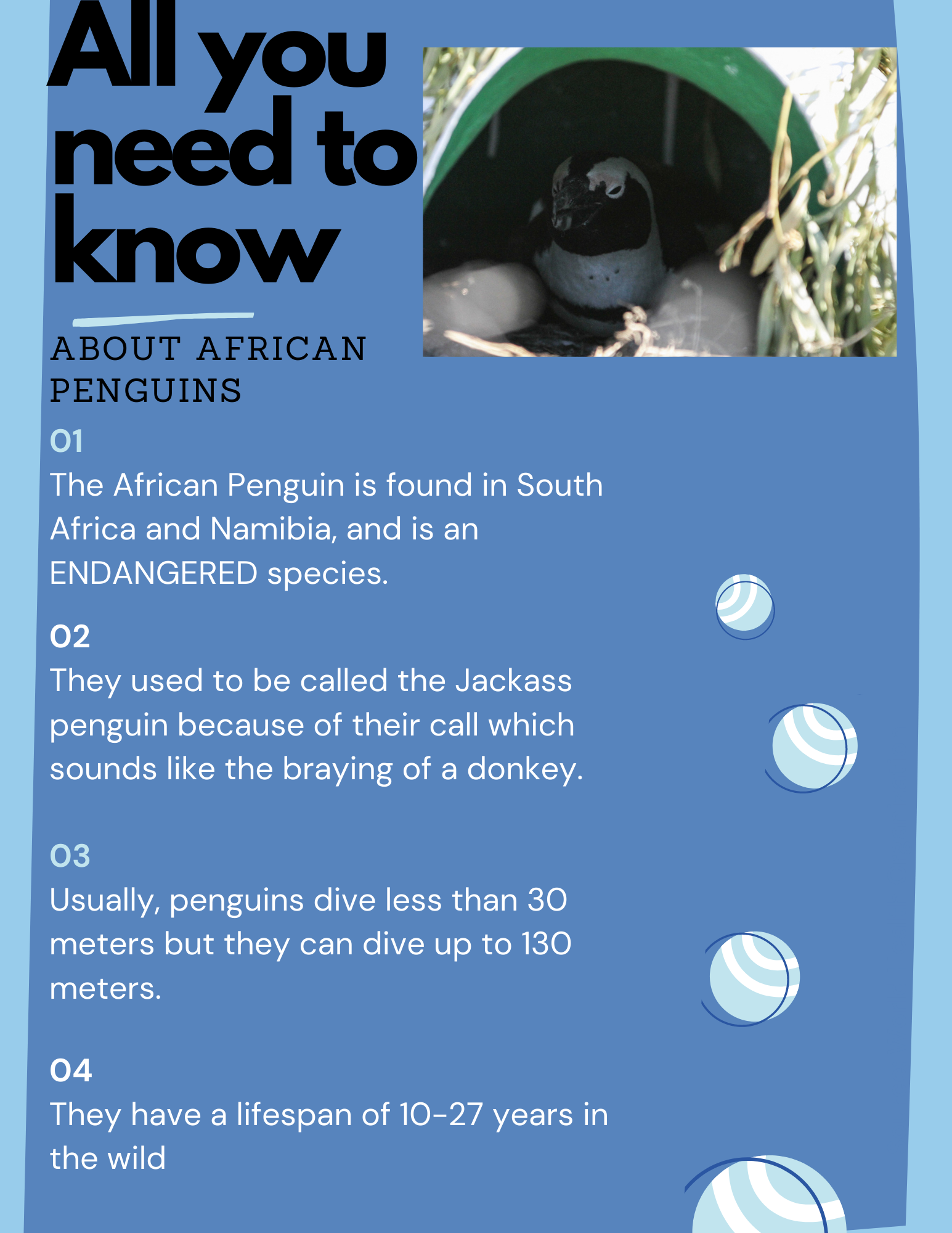 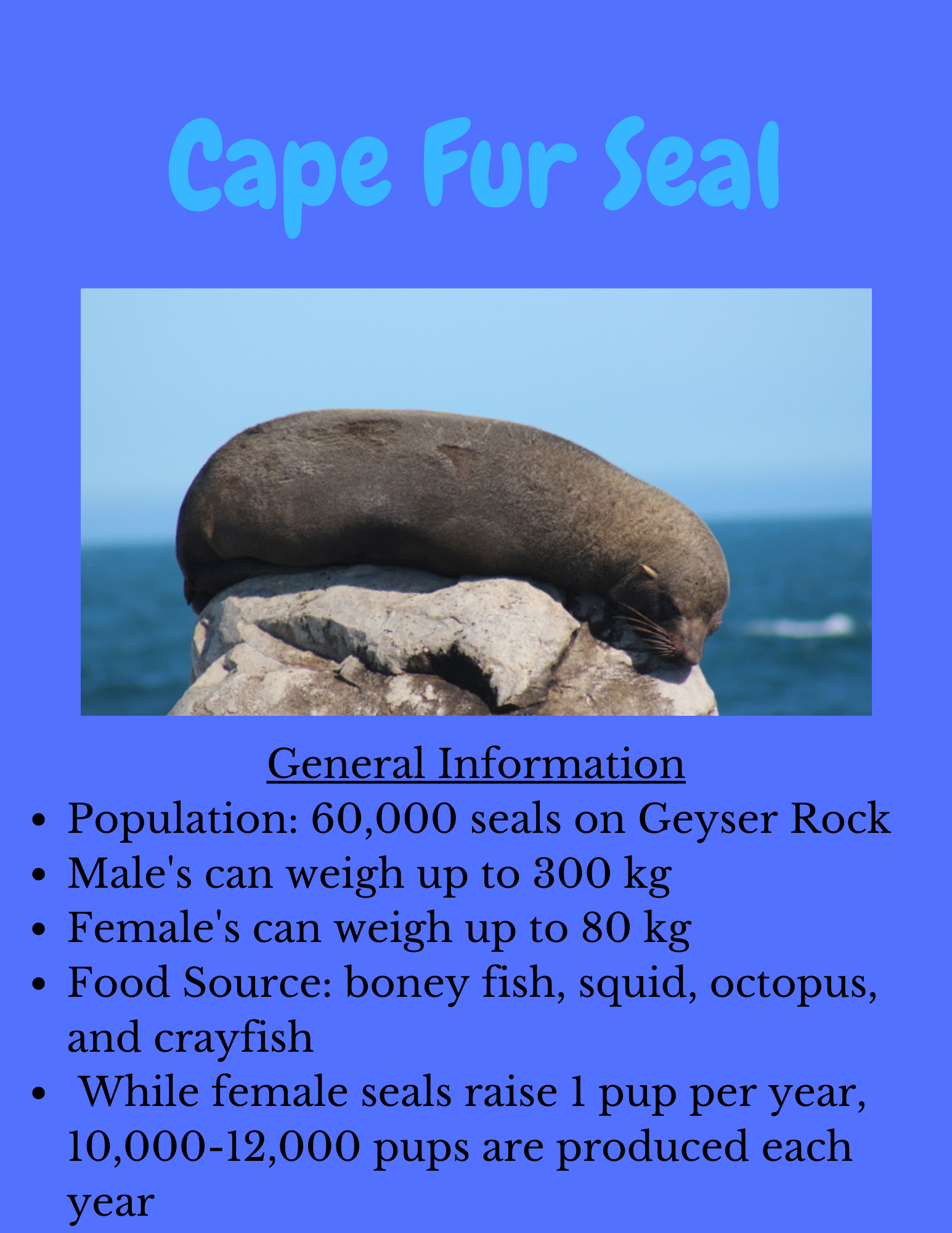 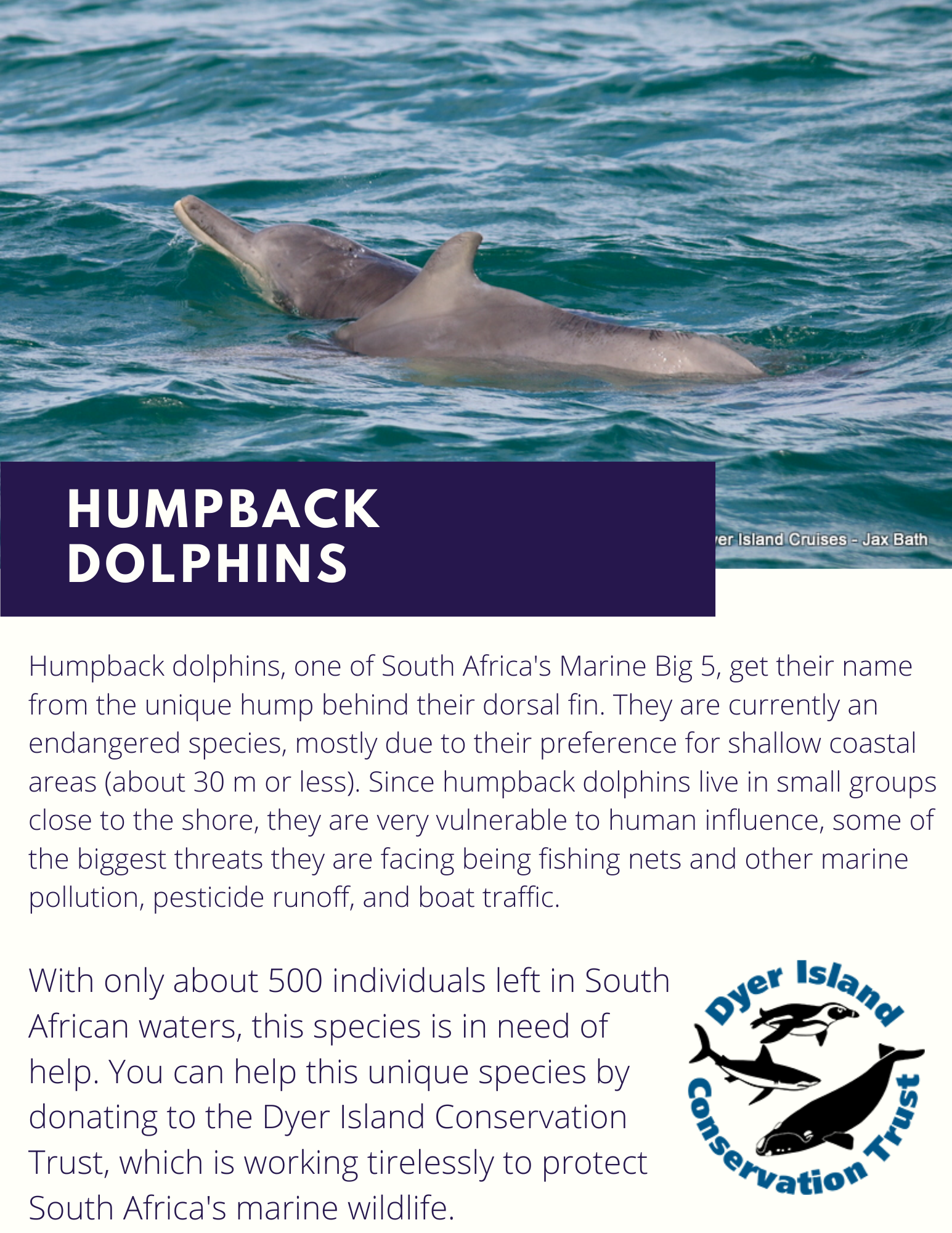 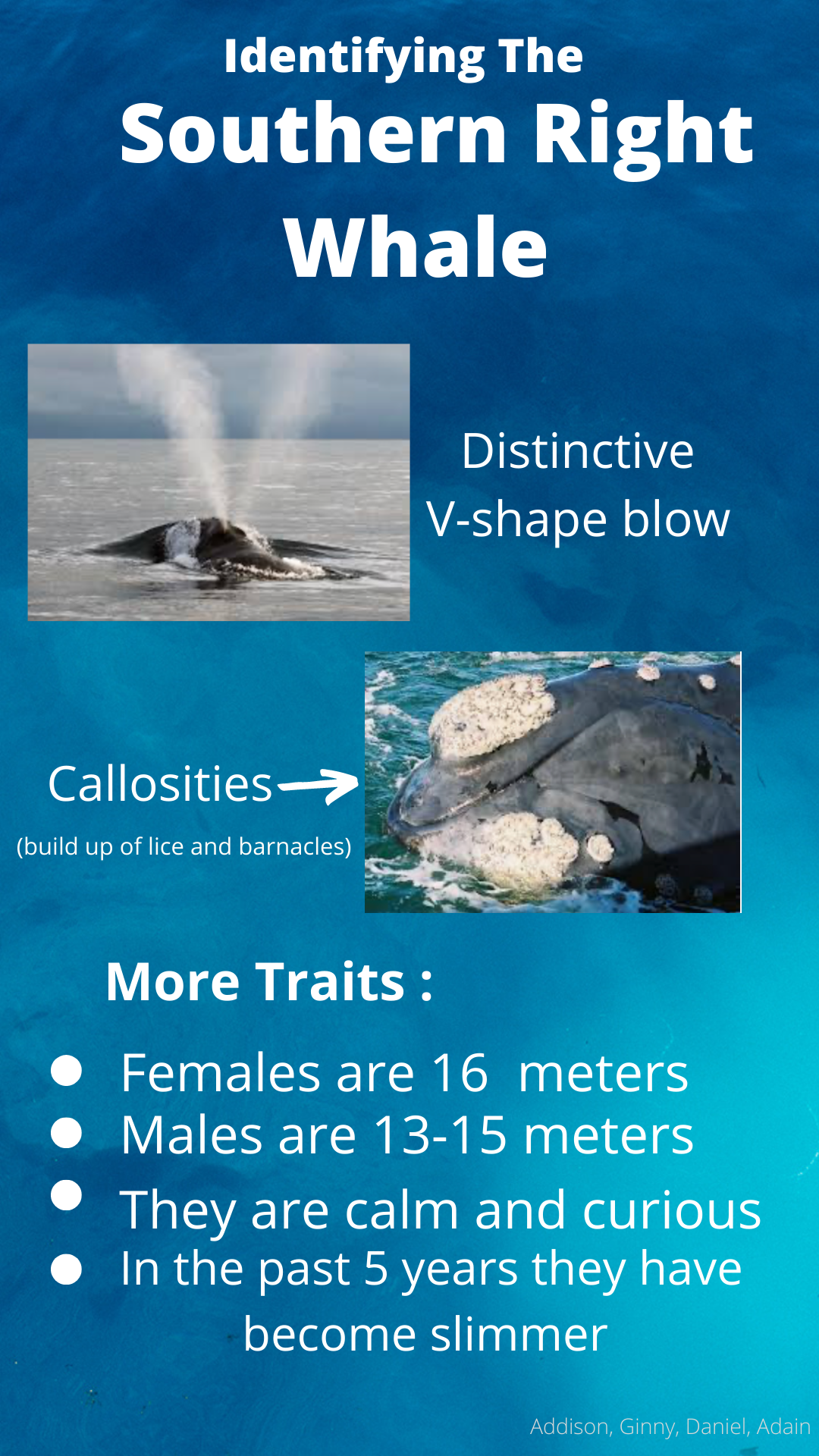 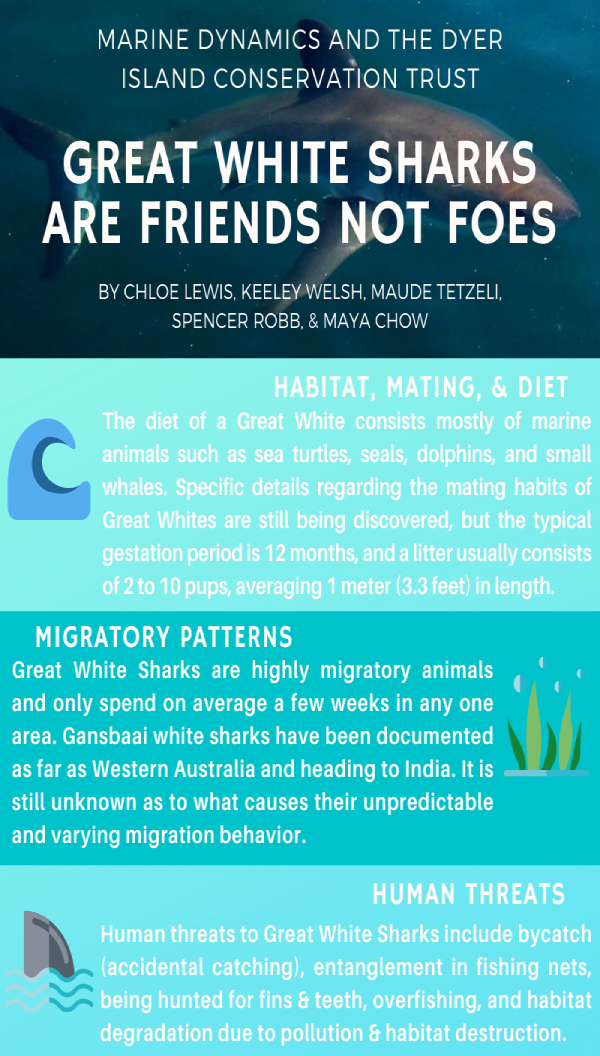 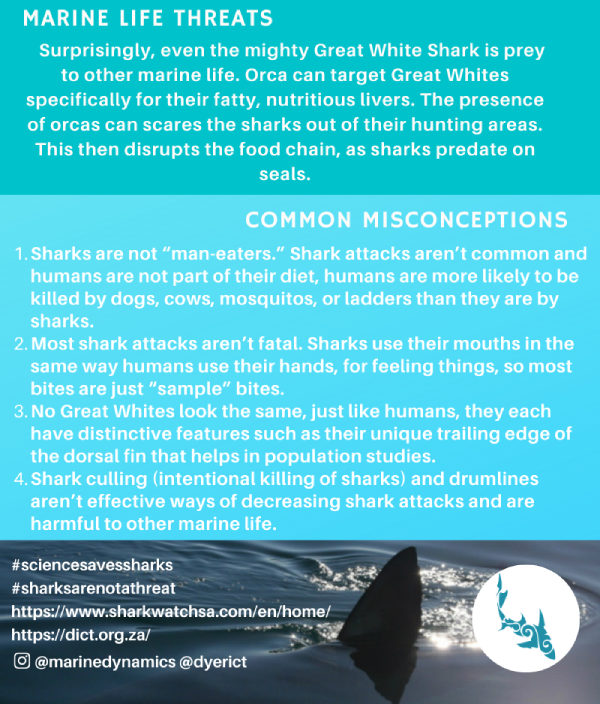 My name is Ettiene Roets, I am Technical Lead for Marine Dynamics Academy and focus most of my attention on developing the practical modules.