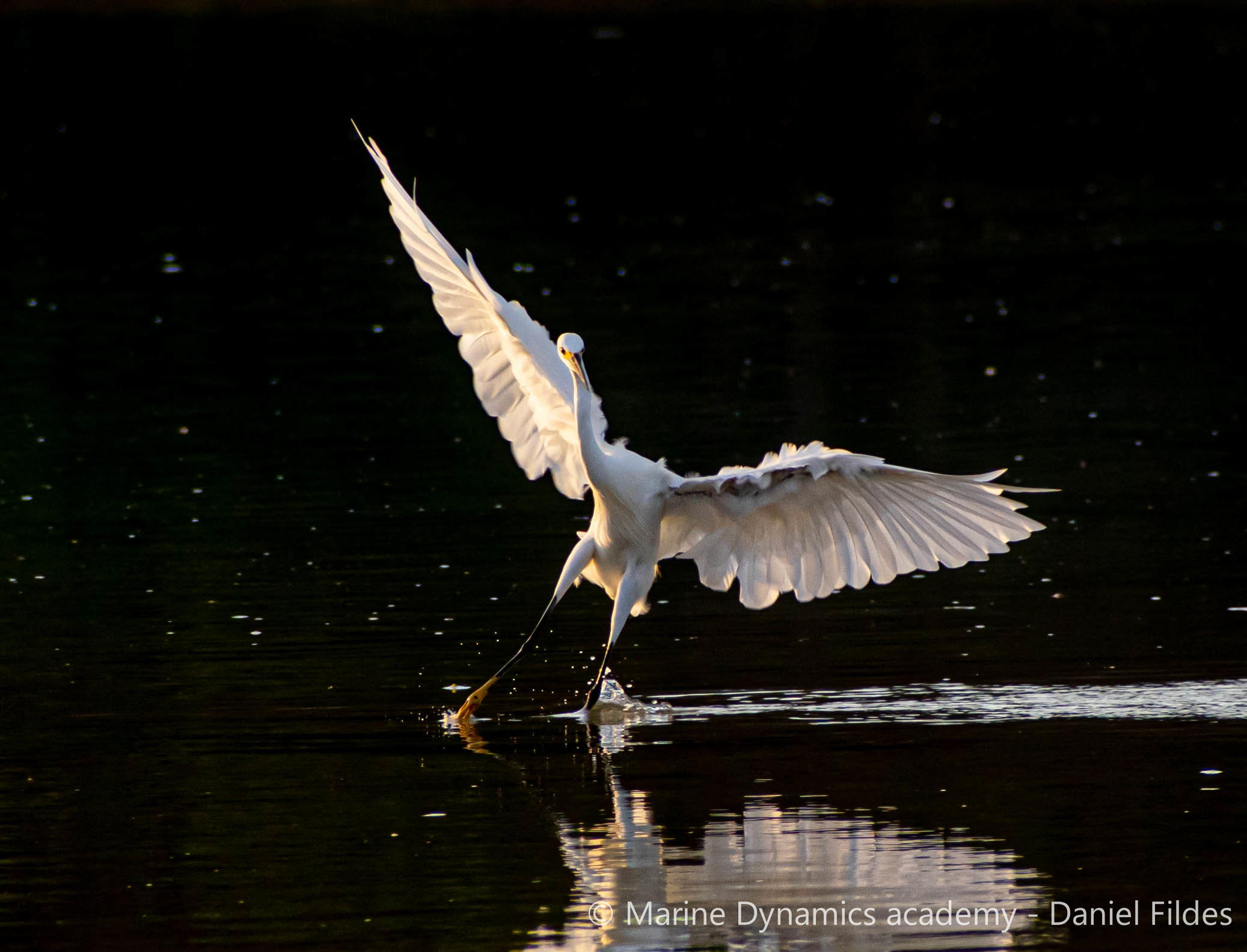 Having been at Marine Dynamics Academy for nearly four weeks now I’ve had the absolute pleasure of experiencing the numerous projects that MDA is involved with from catshark tagging to BRUV deployments and data recording aboard the shark cage diving boat, “Slashfin”, and the whale boat, “Dreamcatcher”.

Along with these fantastic projects I took a particular interest in the estuary monitoring project at Uilenkraalsmond Estuary, taking readings in the water at different sites (measuring dissolved oxygen levels, salinity, conductivity, and temperature), coupled with a bird count of the spectacular bird species that calls the estuary their home. 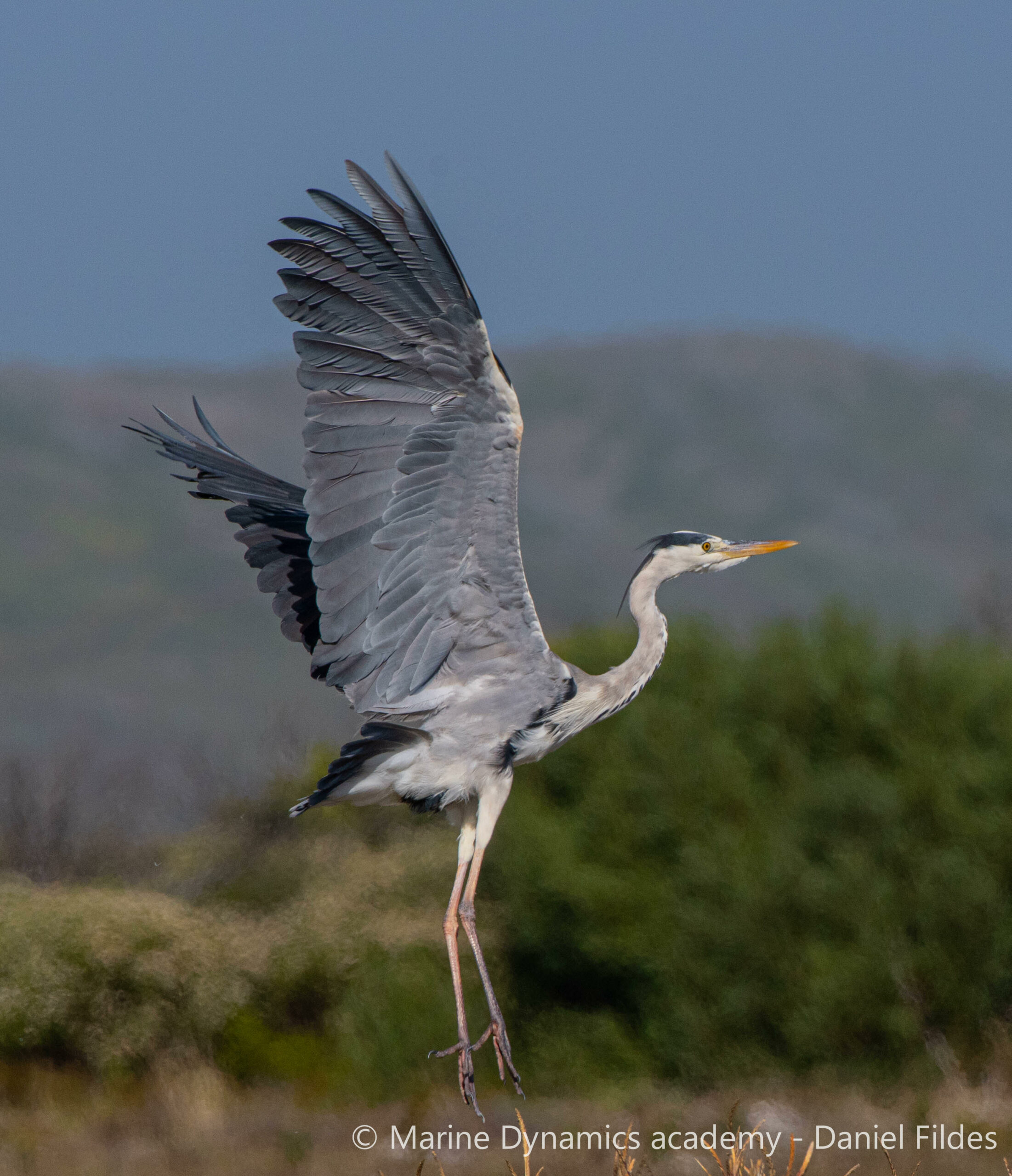 Birds ranging from Pied Kingfishers and Grey Herons to African Sacred Ibis and the mesmerising African Spoonbills that irregularly appear on the shores of the warm water to bask in the sun, and feed in the shallow depths of the water bordering the marshlands surrounding Uilenkraalsmond. 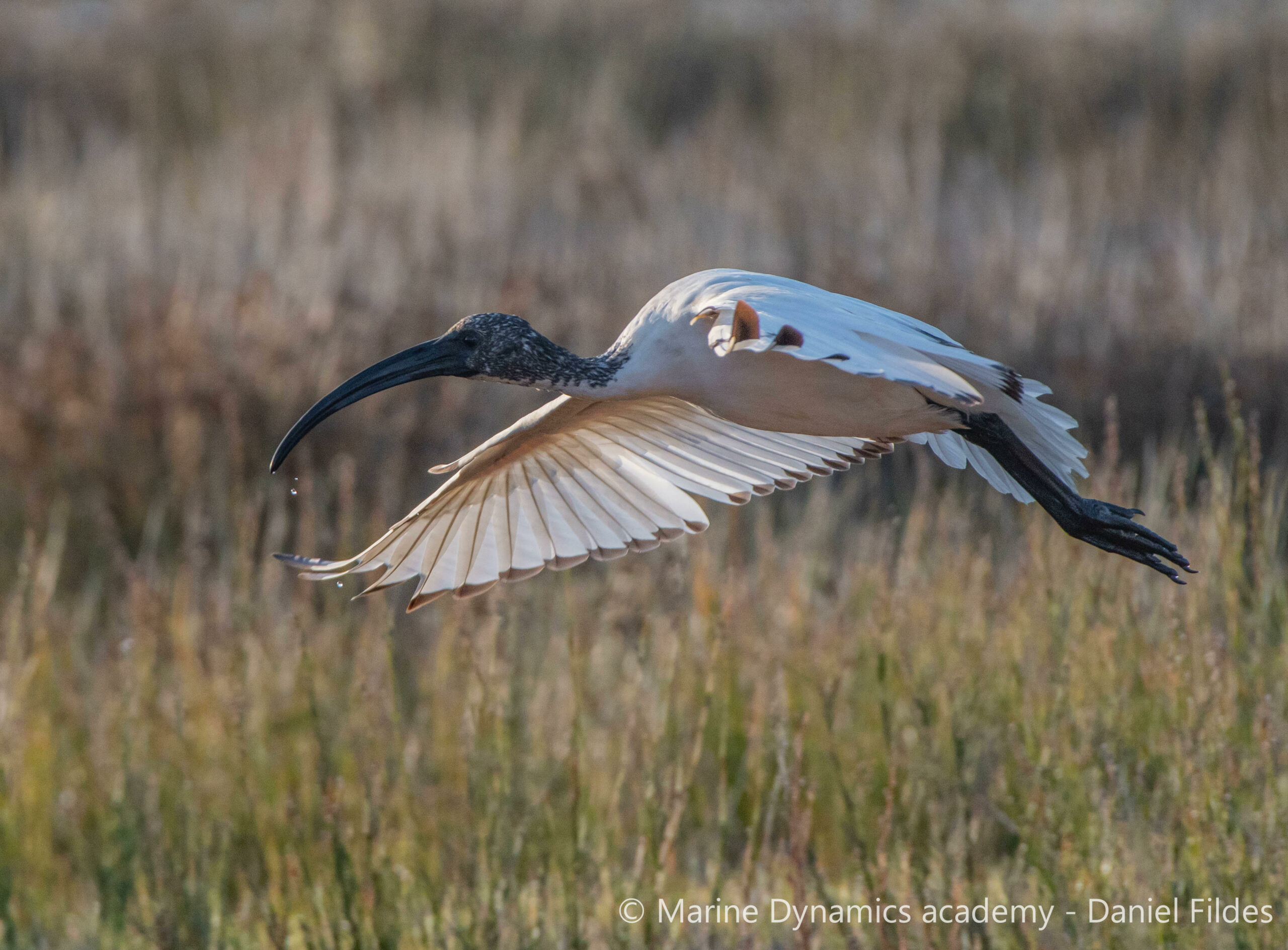 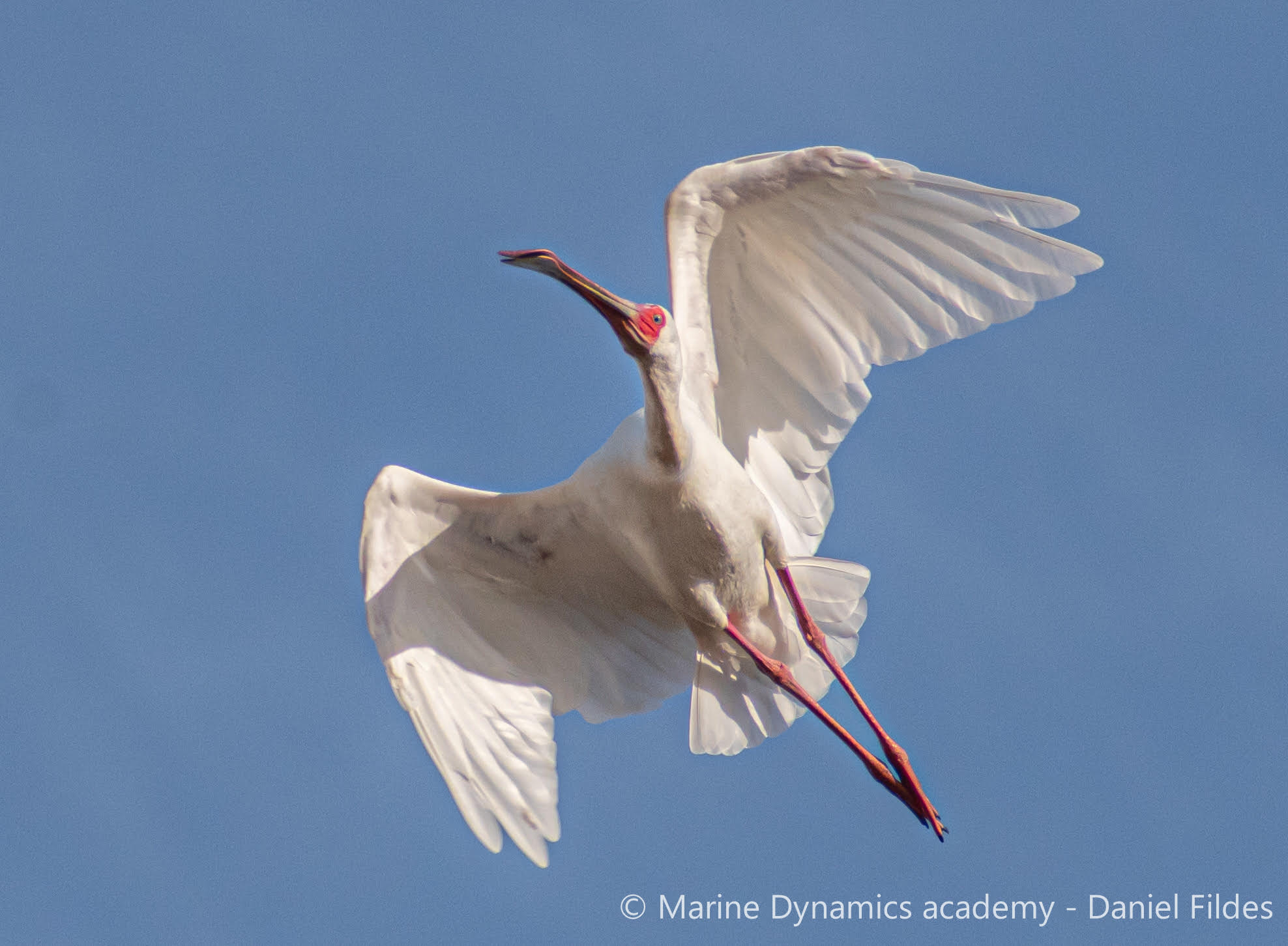 The first two weeks at Marine Dynamics Academy introduced me to many of the methods used to record and analyse data with incredibly well presented lectures by the biologists that work at Marine Dynamics, as well as the reasoning behind the recording of the various abiotic factors involved in accurately assessing the quality of the water. As interesting as these lectures were, the informative lectures about the bird life at the estuary grabbed my interest from the moment they began.

Having a passion for birds for years and a few years under my belt as a wildlife photographer, I practically leaped for joy at the thoughts of getting to see some of the most fascinating, elusive, and beautiful bird species that South Africa has to offer.

My first day at the estuary involved wading through 21°C water in swimming shorts to get to the first site of four, where we used a YSI portable water quality multiparameter instrument to take readings at surface level and then the estuary bed below. This was done to measure whether there was a significant difference between the abiotic factor levels at surface and on the bottom, which if are found can indicate that the water quality isn’t safe enough to support the vast number of species inhabiting the estuary waters including fish and bird species.

The estuary mouth has been open the last 4 weeks meaning there is still a flow in and out of the estuary, keeping the abiotic parameters at ecologically sustainable levels, which can change to dangerous levels when the estuary mouth is closed and the waters pool and sit with no flow. 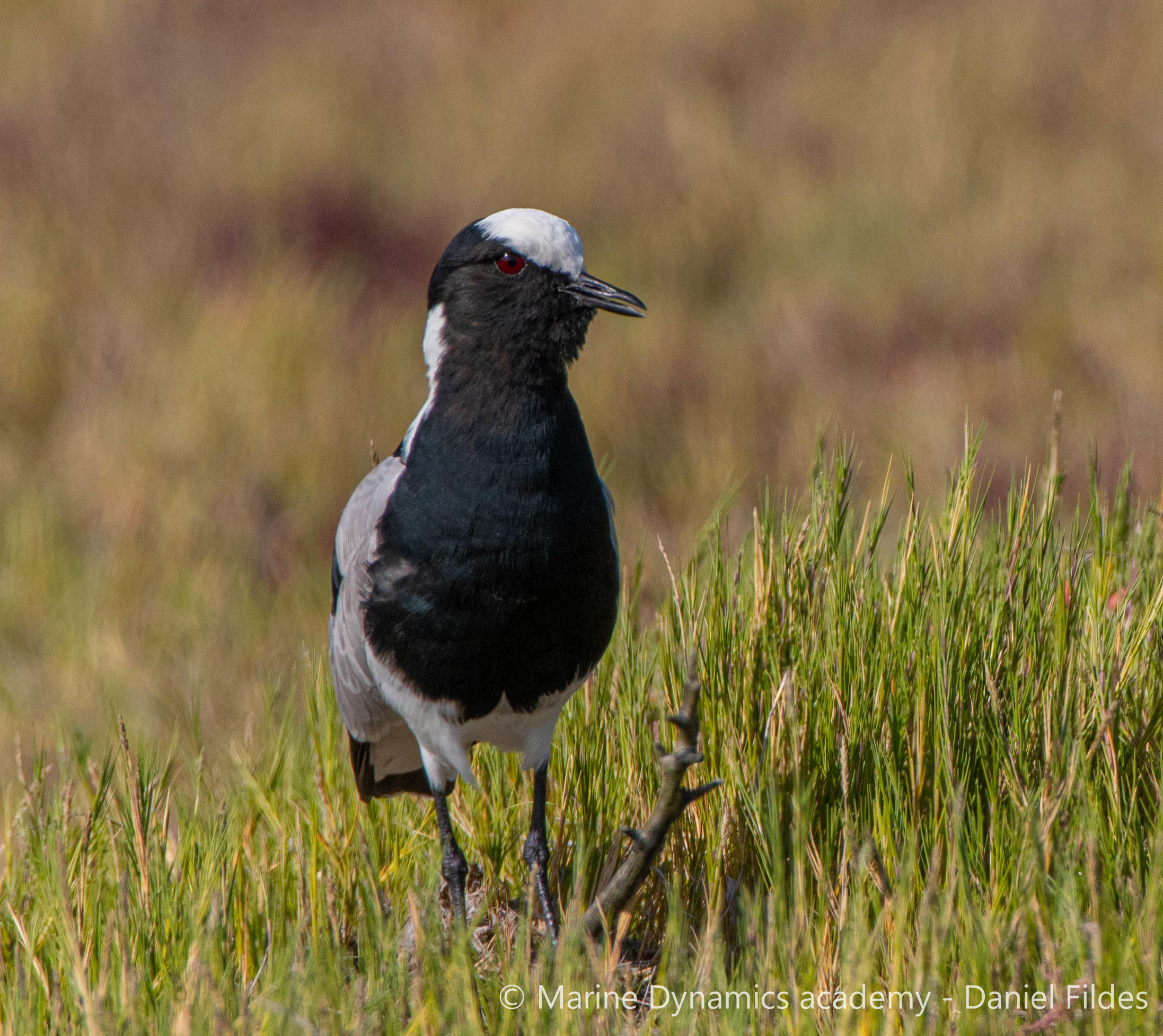 Along with learning how to correctly sample water for the dissolved oxygen levels, conductivity, salinity, and temperature, the bird count was without a doubt my favourite activity and my strongpoint!

Seeing various species of terns, wading birds, plover, egrets, cormorants, and kingfishers, my camera left with near full memory cards after each sampling session. The highlight so far was to finally see and witness in person, two African fish eagles! 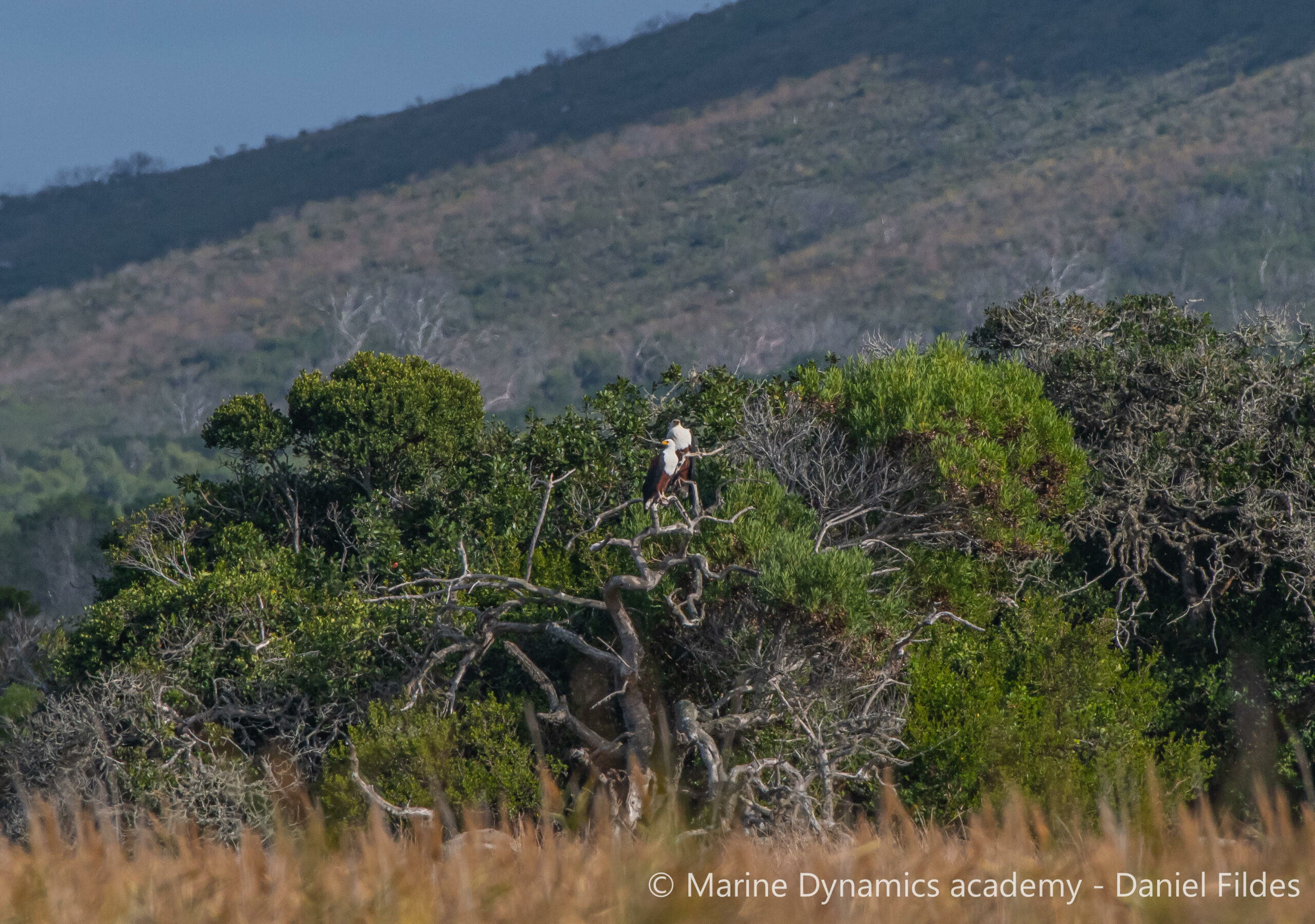 One of the highlights of my birding experience at the estuary was watching a little Egret coming in to land on the water with the setting behind its wings, illuminating them in a stunning display through my cameras viewfinder.

The estuary is monitored once a week every week, and I look forward to the next sampling session before I’ve even left the estuary that day.