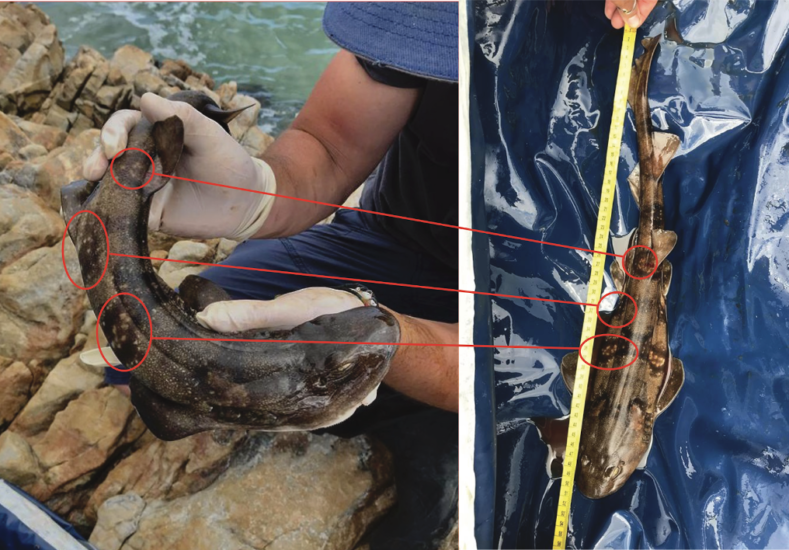 During my time with Marine Dynamics Academy as an intern, I completed a range of practical research skills and data collection, alongside multiple lectures, to improve on existing knowledge and understanding of the animals and environments with which we interacted almost daily. As my internship spanned over the course of 2 months, I was able to dedicate most of my time in the second month to a chosen project of my choice; and what better subject than the beautiful and diverse species of catshark that bless the coastline of Gansbaai. 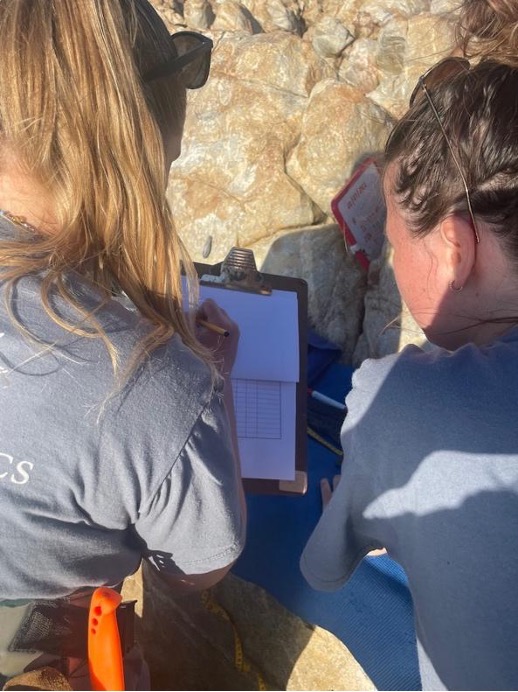 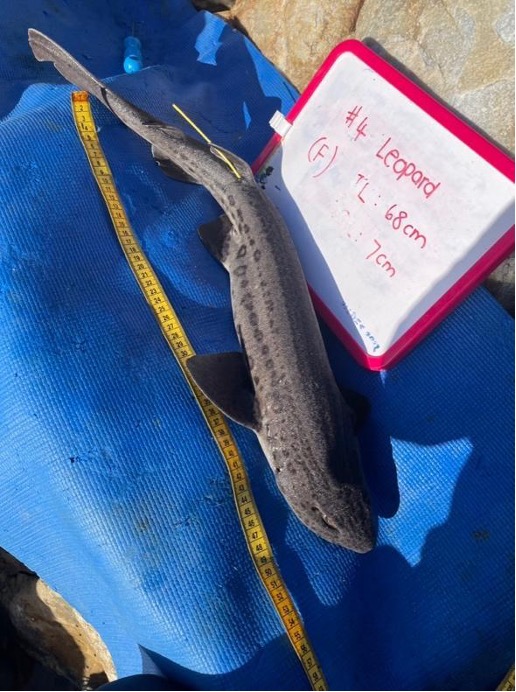 Recording necessary measurements and details whilst tagging catsharks as part of the internship.

Catsharks belong to the largest family of sharks Scyliorhinidae, with a total of 19 species being found along the South African coast. Of the 19 species, 14 are endemic to South Africa, a factor which increases the vulnerability of the species (Ebert and van Hees, 2015) Some of these are abundant in nearshore and coastal reef habitats, where they rest within sheltered crevices in the daytime before they emerge at night to feed on invertebrate species as well as small fish. The most sighted catsharks in Gansbaai are the dark shyshark (Haploblepharus pictus), pyjama catshark, (Poroderma africanum), puffadder shyshark, (Haploblepharus edwardsii), and my personal favourite, the leopard catshark, (Poroderma pantherium).

Dart tagging is commonly used to identify specific individuals of catsharks within the population when landed whilst fishing or snorkelling, an activity completed weekly during my internship. The practice of identification and tagging are vital to understanding movement patterns, abundance and temporal variation of the catshark species of South Africa. The identification of specific individuals creates an opportunity to understand the life history of the animals, as well as create a more informed judgement of the population size. Oceanographic Research Institute (ORI) tagging has been used widely along South Africa’s coast to identify individuals within a population since its launch in 1984 (Dunlop et al., 2013). To tag the animals, they need to be landed when fishing which requires a period out of the water and contact with a fishing hook. This practice can potentially lead to stress based on hooking times and fishing gear utilised (Scarponi et al., 2021). The use of photo comparison as an ID tool requires little to no handling of the catsharks, providing a less invasive identifying technique that will limit stress and improve survivability of individuals. Photo ID is a technique that has been successful in research projects of larger sharks, whales, dolphins, manta rays and even turtles. However, it has yet to be used to identify specific catshark individuals.

A photograph commemorating my first landing when target fishing for catsharks as part of the internship to contribute to the ORI tagging database.

ORI tagging has size limitations, excluding younger and undersized individuals from the database. This creates an incomplete understanding of their distribution and movements during this particularly vulnerable stage of life. The use of photo ID also allows for all life history stages to be studied, from pups and juveniles to fully matured adults.

There are multiple forms of software that can match photos of the same individual in a database by identifying similarities, particularly through patterns on the animals. For my project I considered three main software programmes when initially investigating how to match recaptured catshark individuals. First was I3S, a very common software used for a range of marine animals. The second was ICY which maps the placements of cell clusters and bacteria. Then lastly Hibey-Lovell which has been successful in identifying Southern right whales (Eubalaena australis) by mapping the callosities present. Through experimenting I found the main limitations of software programmes in photo ID are image quality and unstandardised angles. These aspects decrease the accuracy of matches as simple elements such as lighting can alter the appearance of the catshark patterns. Utilising a form of software that can be applied to a relatively cheap and non-invasive research technique could vastly improve the project efforts to investigate catshark movements and distribution across all life stages. 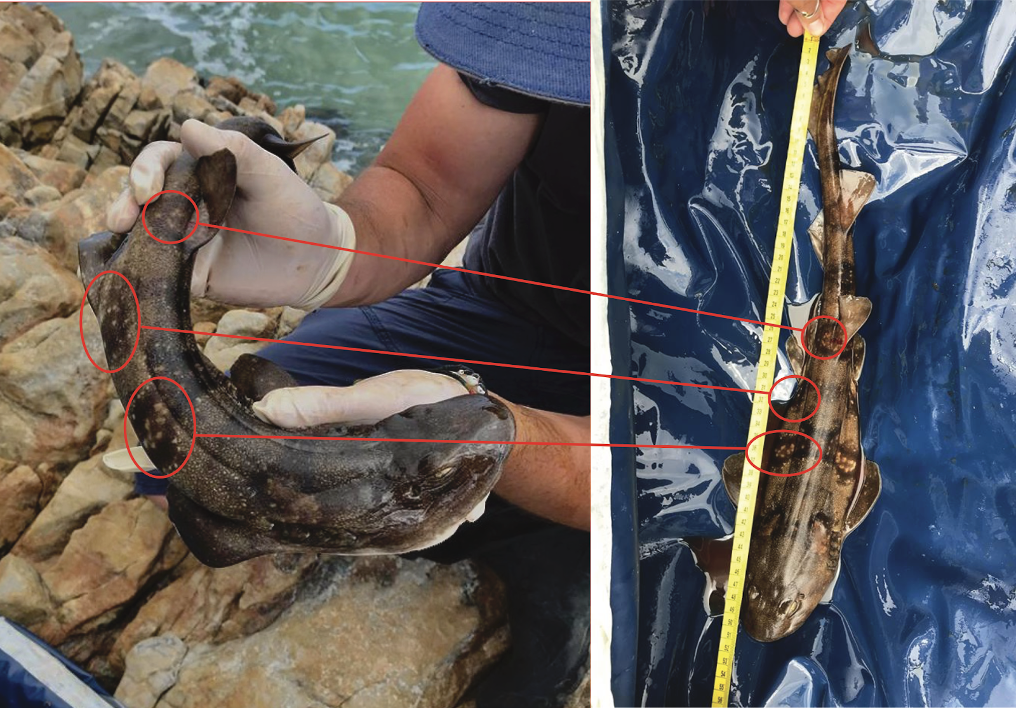 These two photos demonstrate the difference alternate lighting conditions have on the appearance of the same dark shyshark. The identifiable markings are encircled to indicate how similarities can be utilised to identify the same individual.

This month of research and investigation with Marine Dynamics Academy allowed me to dip my toes into the world of photo ID, piquing my interest enough to consider pursuing the tool of photo ID to identify individual catsharks as a future project in my master’s degree at the University of Essex in the UK. Having the ability to explore a new research technique with great support and access to necessary resources assisted in developing new skills and curating a research question that could directly benefit and contribute to the true protection and conservation of South Africa’s underrated catshark species. Watch this space!

Amy is a Marine Biology student at the University of Portsmouth.