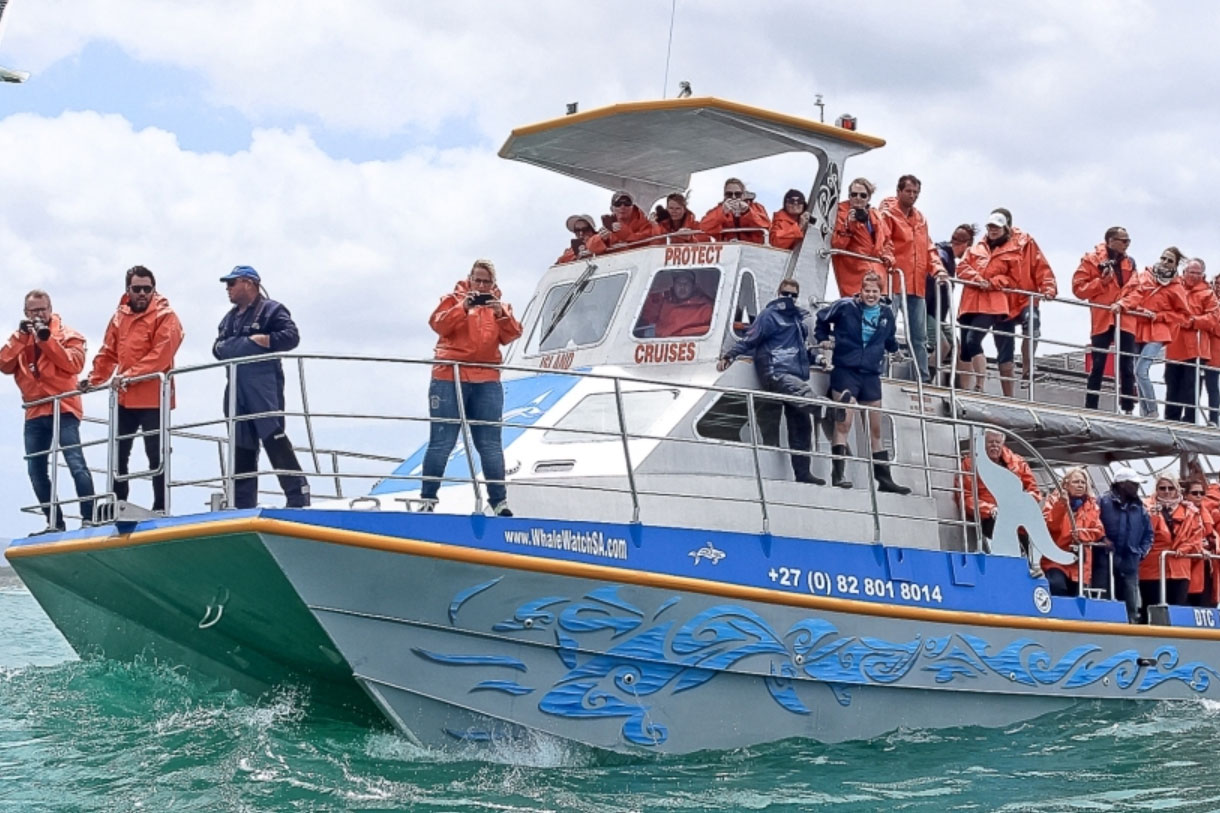 I get up in 9 am to continue the photography rating before the lecture on fishing and ORI tagging small shark species and other fishes with MDA coordinator Ettiene at 10 am, starts. An interesting and most necessary skill in marine research is the fishing itself, which might save both time and funds to gather data on the fish. The Oceanographic Research Institute (ORI) allow both educated and less educated anglers to be a part of the tagging of sharks, skates and rays, and other fish species that hopefully will be a great aid to the international work on marine conservation. The goal of the tagging project is to learn more on growth rates, death rates, movement patterns and population diversity etc. After a quick coffee break, the interns Duncan, Yannick and yours truly are learning how to safely handle the fishing equipment and to tie the knots necessary to rig the rod correctly. A task that require a pinch of dexterity might I add. Of course, to try out our newly knotted creations, we move on to casting the fishing rods as gracefully as we could on the lawn outside of the volunteer lodge.

The remainder of the day we spent in the sun outside of the great white house drinking more coffee and reading up on different publications back at the intern house.

This early morning, we put our knowledge on BRUVS to the test when we were going on the research boat, Lwazi to drop the BRUVS underwater. At four stations in the Kleinbaai area the BRUVS were dropped to the bottom for an hour to record the presence of several marine species. We launched at about 8 am to make a practice drop at sea, where we quickly found out the importance of communication and teamwork to save time for accurate results but also for safety if an incident would occur. During the next four-real drops with a recording GoPro camera in one end and the bait in the other, we were getting surer of ourselves for every drop although mistakes were made. But you learn by doing, right?

Half way through, we were happily surprised by a couple of southern right whales. Calmly they swam alongside of Lwazi so the interns picked up our cameras and took some pictures, in my case 200, while hoping for the tail fin to appear above the surface. Later, the four BRUVS were recovered and the cameras checked that they were filming (and luckily, they were). I think that the most difficult time for all of us was the recovery of the last BRUV in an area called the washing machine, where the swells are higher and coming in with a higher frequency than in the other sites. Yes, we became rather wet. The next task of the day was chumming the waters at two locations to find great whites. We spent roughly an hour and a half at each site, sadly without any luck. Anyhow, the weather was great, not a cloud in the sky and a cooling box with sandwiches and juice, why complain?

Weekends mean boats! Emma and I started the day of with preparations for the first trip of Dream Catcher, our whale watching vessel. We checked through all the necessities, those being the data sheets, boat camera, passenger list, as well as life jackets and orange jackets. Emma briefed the clients and held the “Penguin Talk”, the informative talk about our severely endangered African Penguin. The first trip went smoothly with an amazing 4 humpback whale strong pod that kept sticking around us giving us lots of great picture and an awesome experience for the clients as well as us interns.  Safely back in the harbour we boarded our smaller vessel “Whale Whisperer” and headed out immediately again racing to the same coordinates we had spotted our active whale pod at. We did not find them again but were awarded with two humpback whales none the less. Back from the trips Emma and I worked on the blog for today, editing photos and trying to put our amazing day into words for our clients.

Daniel and I (Duncan) launched on the second Slashfin at 10am, with Toby as the marine guide. After dropping anchor Toby showed Daniel and I how to properly log shark sightings and information into the data sheets. Shortly after, a 3.2m, male Great White surfaced near the boat and the guests were quickly lowered into the cage. The shark however didn’t stick around for long, only making a few passes of the boat. Some-time later a second Great White, sex unknown at 3.5m, as well as a short-tailed stingray surfaced near the boat, and similarly to the first shark made only a few passes of the boat before leaving. Shortly before heading back to the dock, the second Great White reappeared briefly. After Slashfin 2 returned to dock Daniel and I helped the crew clear the boat and the volunteers wash the wet suits. Throughout the trip Daniel and I were taking pictures of the 2 sharks and the sting ray however due to the relatively short timing of their appearances we managed only a good few. This being our first time back on Slashfin since we volunteered nearly a year ago we were delighted to be back on the boat and to see the sharks, regardless of how many there were.

Hi, it’s Emma and Danielle again! We are still here and this week we have been putting our guiding training into practice. Jax, the Whale Boat guide is on leave for two weeks, so we are covering for some of her duties such as writing the daily blogs, doing equipment checks, and doing pre-boat talks for the Whale Tour boats each day. We also joined the newer interns on Lwazi on Friday, getting extra practice deploying BRUVs, doing boat handling, and photography as the Southern Right Whales came so close to us. We will be helping on DC next week as well. It’s very good for gaining experience of being a guide.

My name is Danielle Kelly, I was one of the first interns accepted onto the Marine Dynamics Academy Scientific Internship along with Gary and Emma.