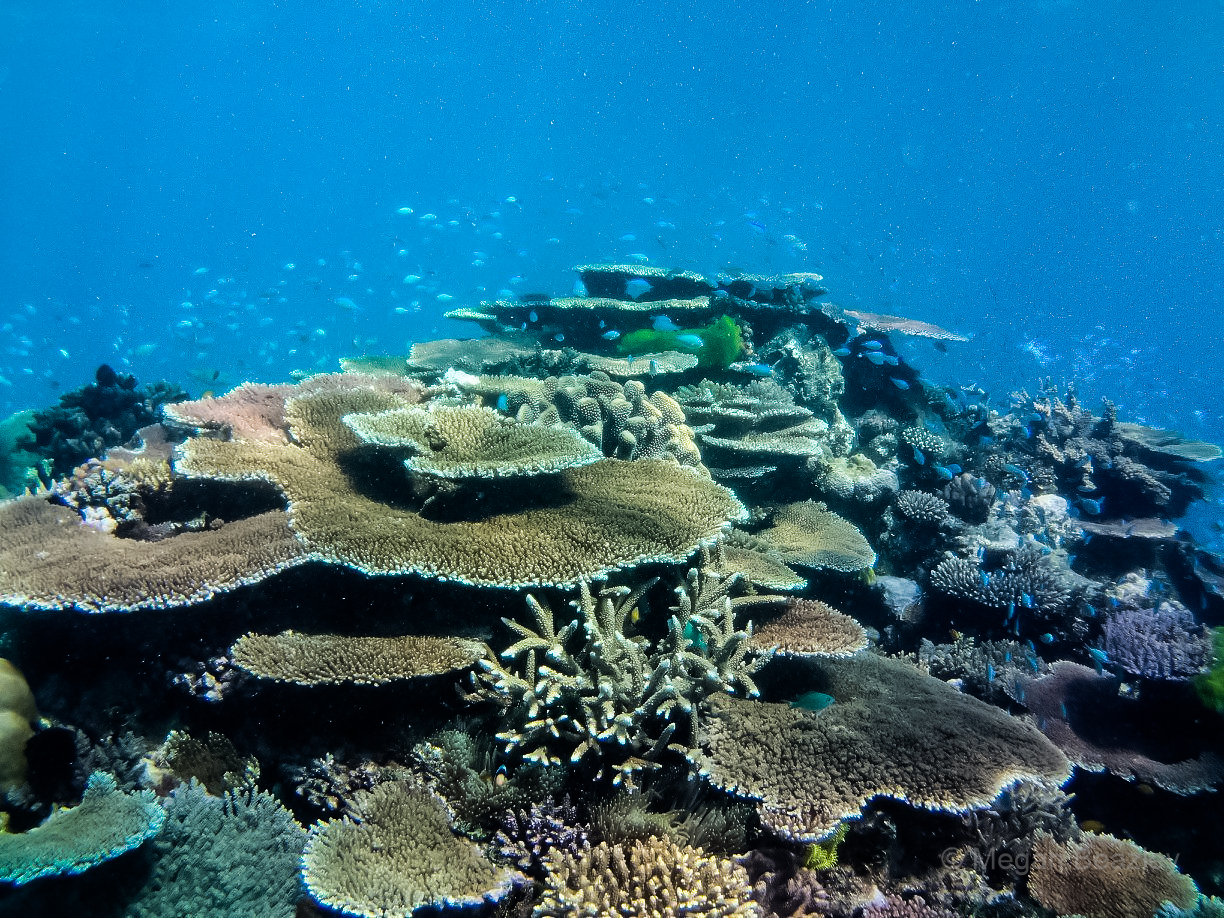 Every Coral Reef Serves a Porpoise...

Okay, so puns aside let’s discuss coral and their importance in the ecosystem. While at the Marine Dynamics Academy, I gave a presentation on my educational background and taught a crash course on coral reef biology and ecology; coral reefs are a very different ecosystem from the temperate kelp forests and rocky reefs found off South Africa, to our wonderful group of volunteers.

The Basics, What are Corals?

Coral is in a group of animals called Cnidarians, which use stinging cells on their tentacles to catch their prey. There are different types of corals: hard corals, soft corals, and octocorals. We are going to focus on hard corals because they are the reef building corals. They are called hard, or stony, corals because they secrete a calcium carbonate skeleton that gives them their structure. They come in many different shapes including branching, plate, and boulder. Hard corals, further referred to as simply “coral”, are typically found in tropical waters that are warm, shallow, and nutrient poor. They can tolerate a limited temperature range (70-85 °F, 21-29 °C) and need to be where light can penetrate because of their symbiotic relationship with algae (discussed in the next paragraph). Nutrient poor waters are ideal for coral because the water is clear and there is limited algal growth; algae compete with corals for space on the reef. Corals are the foundation species of the coral reef; they are like the trees of a rainforest. Without trees, there would be no rainforest, and without coral there would be no coral reef. Corals provide food and shelter for the animals in the ecosystem. The large diversity of corals supports the high diversity of fish and invertebrate species on the reef. Due to the abundance of different food sources and microhabitats provided by the corals, many species living on the reef have become very specific about the type of food they eat, coral or substrate they live on, or time of day they are active. This niche differentiation reduces competition among species and allows many to coexist in a relatively small area. Coral reefs comprise less than 2% of the ocean bottom, but it is estimated that 25% of marine species that we have described rely on coral reefs in some way. Therefore, if we lose coral reefs, then we will lose a huge percentage of species. 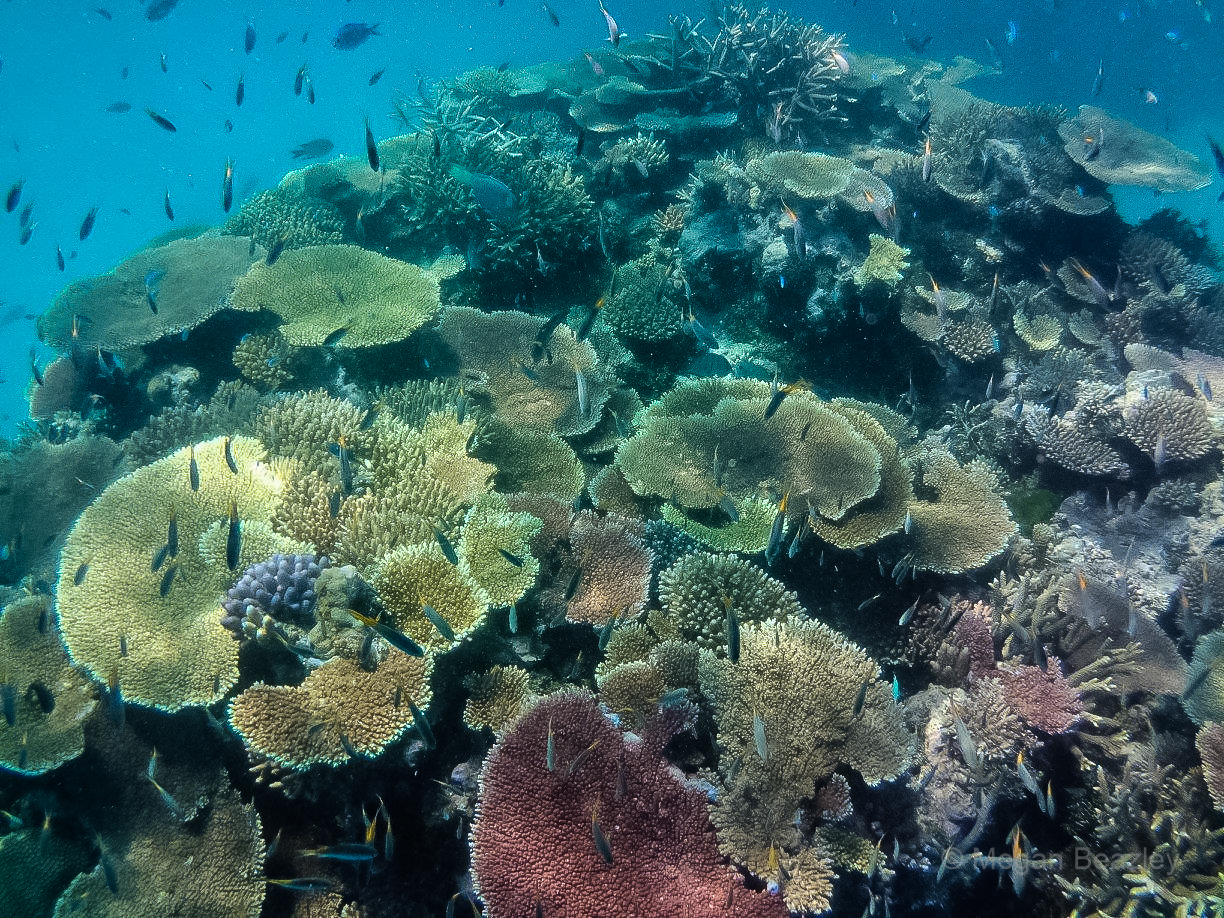 Not only are coral reefs important to the animals that rely on them, they are important to humans as well. They constitute a vital food source for many people in low-income countries, and they host fish species that are caught commercially and recreationally. Additionally, they are a huge source of income for countries’ economies. It is estimated that the coral reef tourism industry is worth 36 billion US dollars a year. They also provide shore protection by buffering waves, which decreases rates of coastal erosion and the impact of large waves brought in by storms. Finally, compounds from coral reef species have been used in the medical field to make treatments for cancers, ulcers, and cardiovascular disease.

The Threats that Corals Face

Unfortunately, coral reefs are in danger; 70% of the world’s coral reefs are either damaged, threatened, or destroyed. There are many threats to these ecosystems, but the biggest one is arguably climate change. Climate change is happening due to the huge amount of carbon dioxide we are putting into the atmosphere by burning fossil fuels. The ocean absorbs a lot of this carbon dioxide, resulting in warmer sea temperatures and changing ocean chemistry. As previously mentioned, corals have a narrow temperature range that they can tolerate; if temperatures exceed this range, then the coral gets stressed and kicks out their zooxanthellae. This is known as coral bleaching. If the temperature returns to normal in a few days, then the coral can reuptake its zooxanthellae and survive. But if the temperatures stay higher than the coral can handle, it will remain bleached and eventually starve to death. Additionally, the chemistry in the water is changing and making it harder for coral to sequester the carbonate needed for their calcium carbonate skeletons. Therefore, their skeletons are becoming weaker, and they are more susceptible to predation and storm damage. Some things you can do in your own life to try and mitigate climate change are to turn off lights when not using them as well as carpool or use alternative forms of transportation such as bikes.

There is much more to coral reefs and the threats they face. I encourage you to continue researching and learning about these beautiful ecosystems if they interest you! 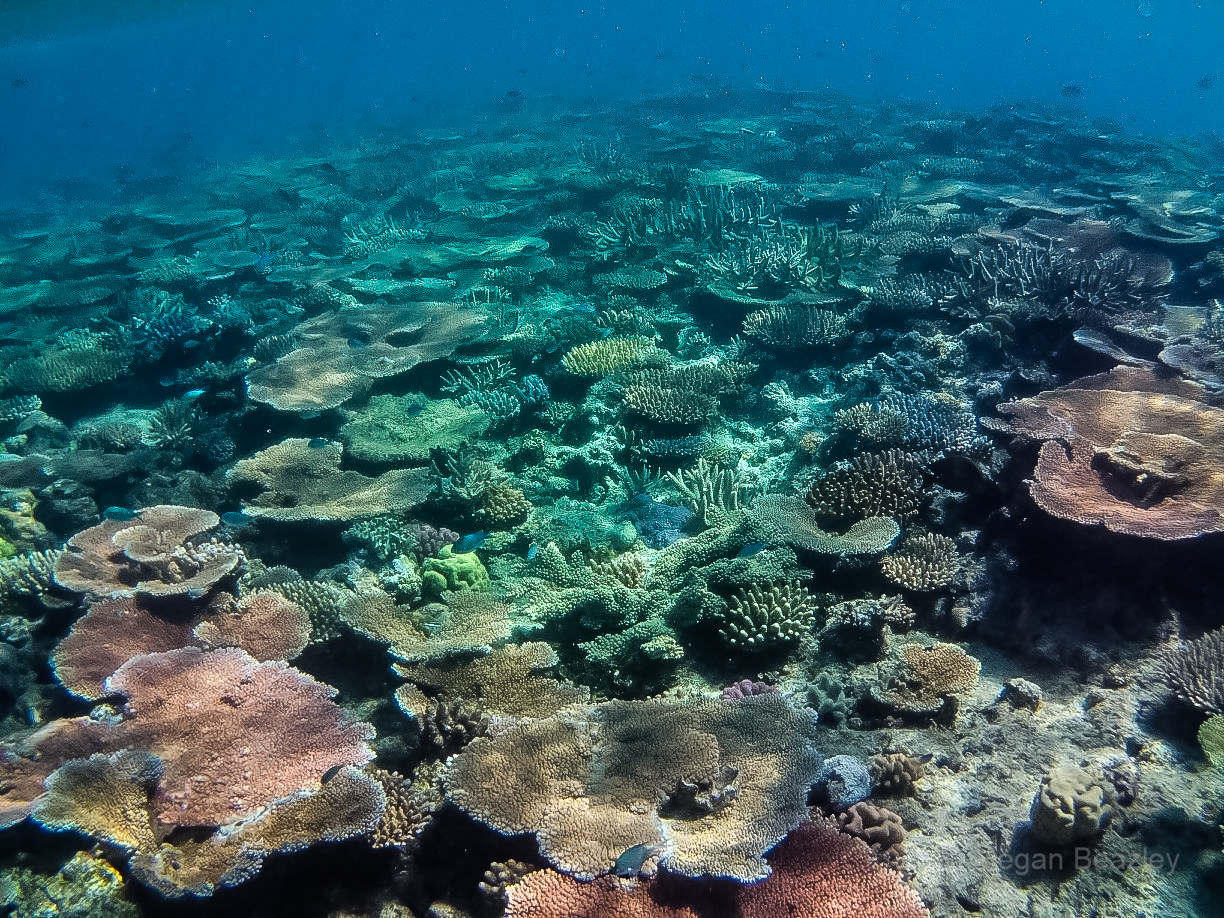