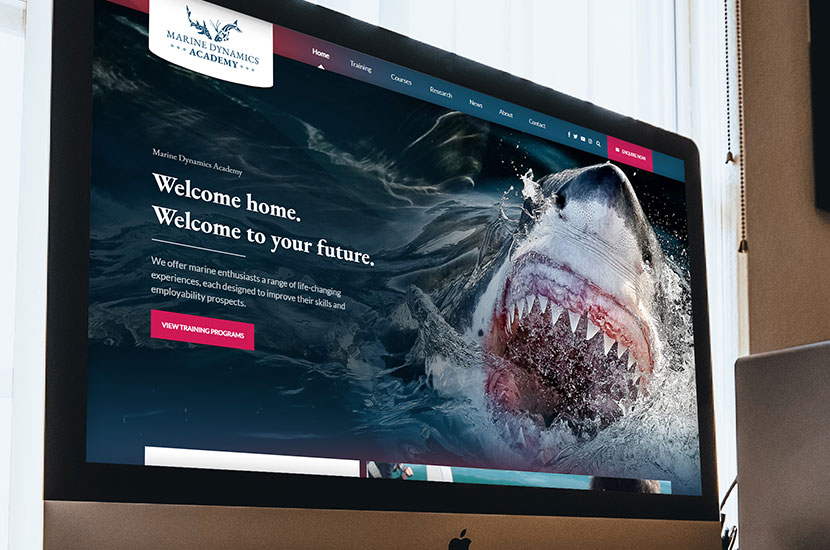 Hello and welcome to the Marine Dynamics Academy website. My name is Ed, I’m a Producer and Designer for the company.

On this website, you will find various information about a series of new training programs and courses that our team has been developing over the last twelve months.

The overriding goal has been to consolidate all these programs under a single identity. Marine Dynamics is recognised and respected worldwide for quality and innovation in Marine Big 5 ecotourism, research and conservation. The birth of Marine Dynamics Academy marks a significant step forward, in becoming just as well known for marine wildlife based training. 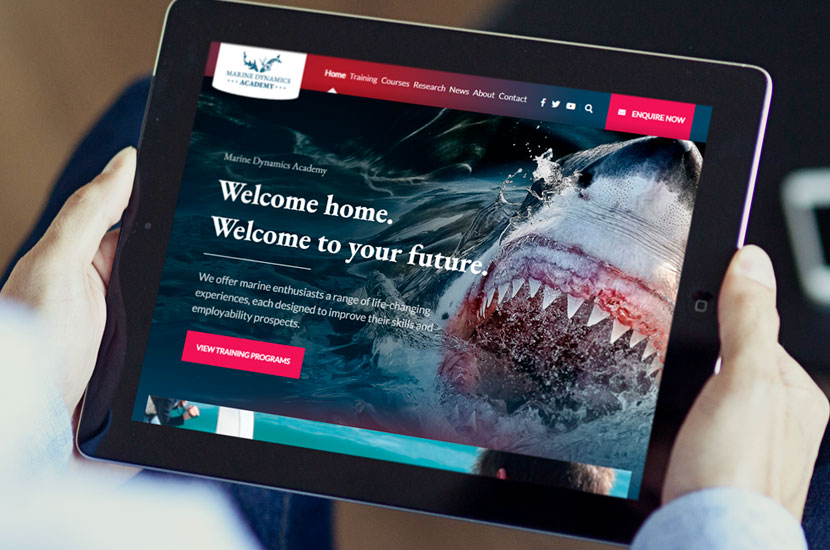 A preview of the website on a tablet device

This isn’t a formal launch as such. We still have a number of programs and courses in development which will be unveiled with the Academy’s official opening, later this year. Accompanying this will be further pages on this very website, detailing Marine Dynamic’s history, our various research projects and more.

This is just the beginning

We could’ve waited until then before sharing what we currently have with you. However, the level of interest and support expressed by students, Universities and scientists in our work has been so strong, that we wanted to get as much as we could into everyone’s hands as soon as possible.

This is an exciting time for everyone involved with Marine Dynamics. I’d like to thank everyone at the company for their hard work over the last fifteen (plus) years, without which none of these programs would even be possible. Further thanks goes out to all of the students who have attended these new programs so far; your feedback and support has been invaluable!

Thanks again, over to Natasha.

We want your opinions

Hello everyone, my name is Natasha and I am the Lead Recruiter for Marine Dynamics Academy.

I process all of our applications and am responsible for liaising with many of our prospective students directly. This often involves helping people better understand what our work is about and the benefits it offers them. Because of this, I understand how important it is that we are clear and direct with all information regarding our programs and courses. 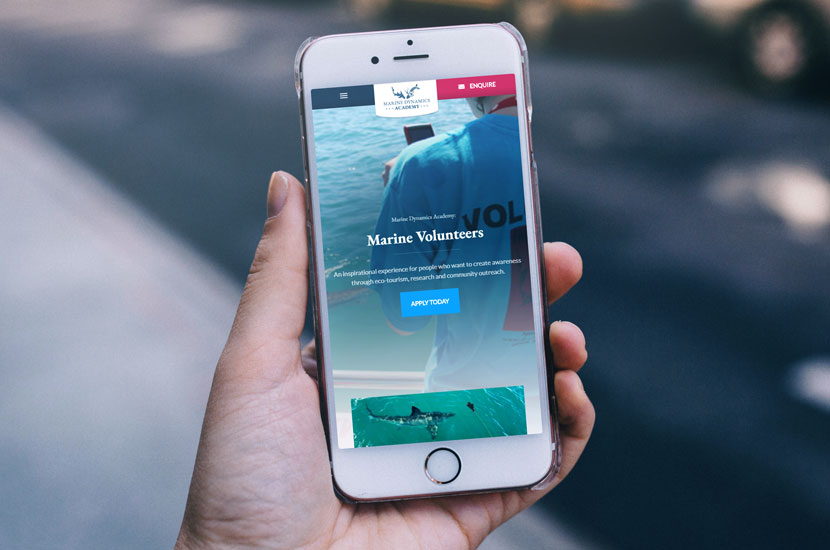 A preview of the Marine Dynamics Academy website on mobile devices

This has been our number one priority in developing the new website; to begin immersing you in the experience of our programs, answering quickly and comprehensively, any questions you might have.

Therefore, your feedback is absolutely vital to us. If anything is unclear, you feel needs further detail or you’re just struggling to find something with a particular device, don’t hesitate to let us know.

Thanks again to everyone who has contacted us to learn more about the training programs and helped inform our approach to designing this website. I’m excited to speak with you all further!

I am Lead Producer for Marine Dynamics Academy. I oversee the development of our Scientific Internship and design the vast majority of our marketing.

My name is Natasha Hamdy, I am the Lead Recruiter and I feel very blessed to be, as it means I get to speak with almost every one of our students.