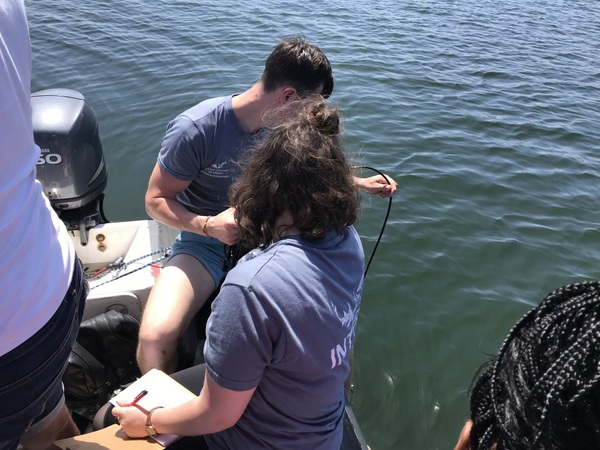 Introduction to the workshop

On Wednesday, we travelled to Fisherhaven Boat Club in Hermanus for an estuary survey workshop. On arrival we were introduced to Pierre Phillips, an engineer for Monitoring & Control Laboratories (PTY) Ltd. He showed and explained how different YSI’s and a castaway CTD worked. We organised the calibration of Marine Dynamics’ YSI in order to participate in the survey workshop.

We were then given general information about the estuary environment and what the expected water chemistry values should be. We were made aware of many pressures effecting the environment such as recreational sports like kite surfing and power boating. In order for anyone to take part in these sports they must enter the water through many birds’ feeding grounds.

Down to the technical side of things

A demonstration of how to change old membranes and how to calibrate different YSI’s was then given to the group. This was extremely informative and was very useful for when it was to be applied in the field. 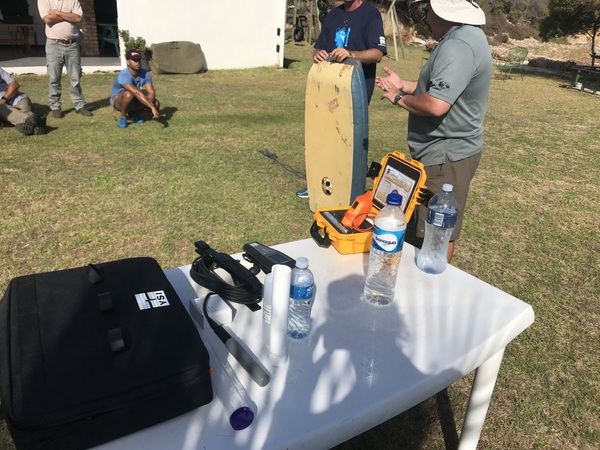 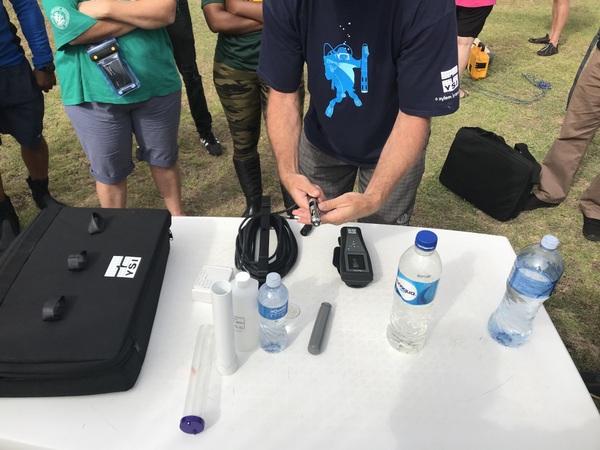 Following this demonstration, we got to work surveying three different sample points on the estuary’s edge. The Marine Dynamic’s YSI recorded four data values, dissolved oxygen (DO), specific conductivity, salinity and temperature; Depth was also recorded on other YSI’s. Before a well-deserved lunch break we had the opportunity to sample the estuary channel on a boat. Once we reached the sampling site we were told how to properly gather and record our data on a drifting boat. We took three readings at three different depths, 3m, 1.5m and 0.5m. There appeared to be no stratification in the estuary and the different readings had very little variation between depths. 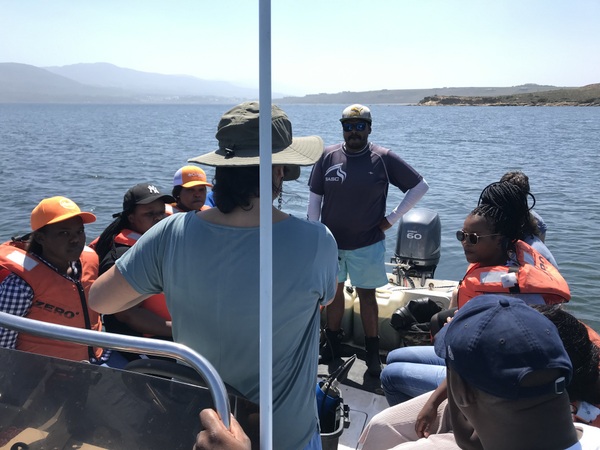 After lunch, we gathered together and compared our data to see if there was any variation in the data collected. As all of the probes used were calibrated in a standardised way there didn’t seem to be a considerable amount of variation between each groups data.

A benthic profile was carried out by a member of Monitoring & Control Laboratories (PTY) Ltd. and was shown to the group at the end of the day. This was a 3D image of the underwater topography.

Before the day concluded, there was a group discussion involving all the different organisation members that attended on the day about future surveying plans and the funding involved. Overall it was an extremely informative workshop for everyone involved.

Caoimhe is currently completing a bachelors degree in Applied Freshwater and Marine Biology in GMIT, in Galway, Ireland