On the 5th of November last year I, for the third time, returned to Gansbaai and Marine Dynamics for another six weeks this year, this time to do my bachelors thesis in biology. The goal of the study was to assess the relative abundance and diversity of elasmobranchs (sharks, rays and skates) in Van Dyks Bay. Now, after 4 months of project planning, BRUVs deployments, video analyses, statistical analyses and report writing, I am finally finished and have started on my master’s degree in aquatic ecology at Lund University in Sweden.

Why choose to study sharks?

Thanks to Marine Dynamics and Dyer Island Conservation trust, research can be carried out in the area, contributing to the conservation of the ecosystems and the species living here. In the bay we are seeing Southern right whales, Great white sharks, African penguins, Cape fur seals among many other species but many species under the surface often remain unseen. Sharks are generally an important part of an ecosystem for their predation on fish, squids and shellfish but also as large apex predators as the Great white shark. The smaller catsharks are benthic species meaning they live close to the sea floor in most of their lives. Due to their size they are exposed to the risk of predation from larger sharks and even seals. However, these small shark species have received relatively little research effort in comparison to some of the other marine species in the area. 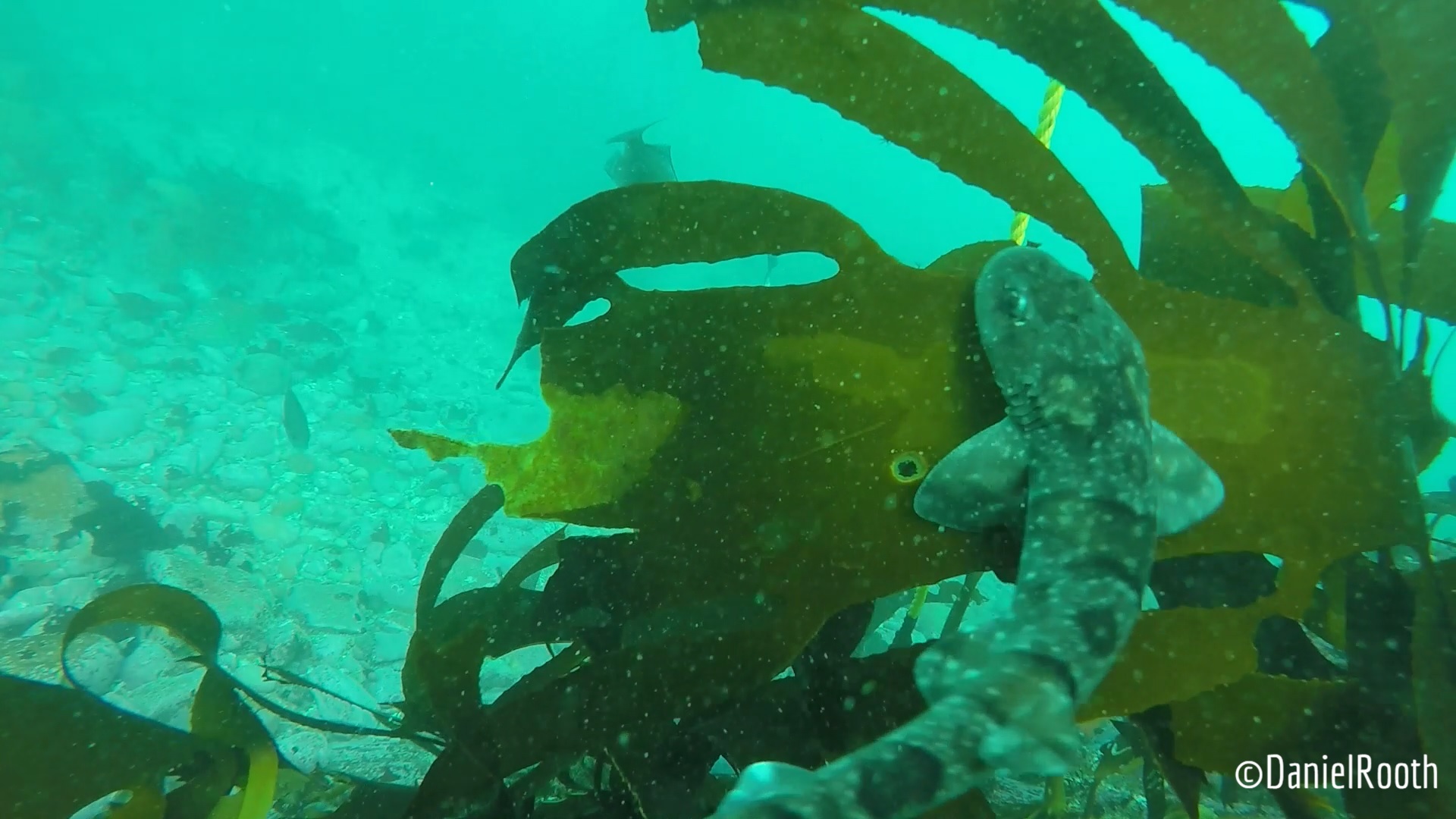 What I chose to focus on in my thesis, was to assess if these catsharks are more abundant in areas with kelp where there is coverage from predators and higher chance to find prey, than on rocky reefs and on sandy bottoms. I also examined if there are a difference in relative abundance and species diversity across season and if the sea surface temperature (SST) and depth had an effect as well.

Using what I learnt on the scientific internship

During my time on the Marine Dynamics Academy Scientific Internship I learned a lot that inspired me to do this study and I learned to use BRUVs (Baited Remote Underwater Video Systems), which was the method used for studying these catsharks. By analyzing the 37 videos used in the study, data on species diversity and relative abundance in different habitats and across season could be collected. Having fished, tagged and snorkeled with these species during the internship with Ettiene and Hennie was a huge benefit while identifying the species during video analysis. Deploying BRUVs on different locations around Dyer Island and Geyser Rock allowed for filming in the three different habitats that was needed for the study, which was exactly what I wanted! 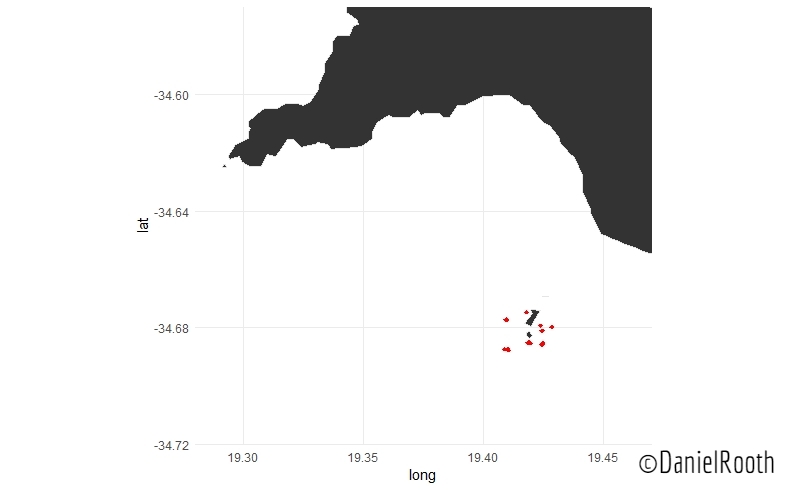 Some exciting results were discovered!

Five different shark species were observed on the GoPro videos; puffadder shyshark, dark shyshark, leopard catshark, pyjama catshark and surprisingly a common smooth hound. The common smoothhound can grow up to 150 cm and was an unexpected surprise to see in the video. It was actually my first time seeing a common smoothhound, even though it was on video! 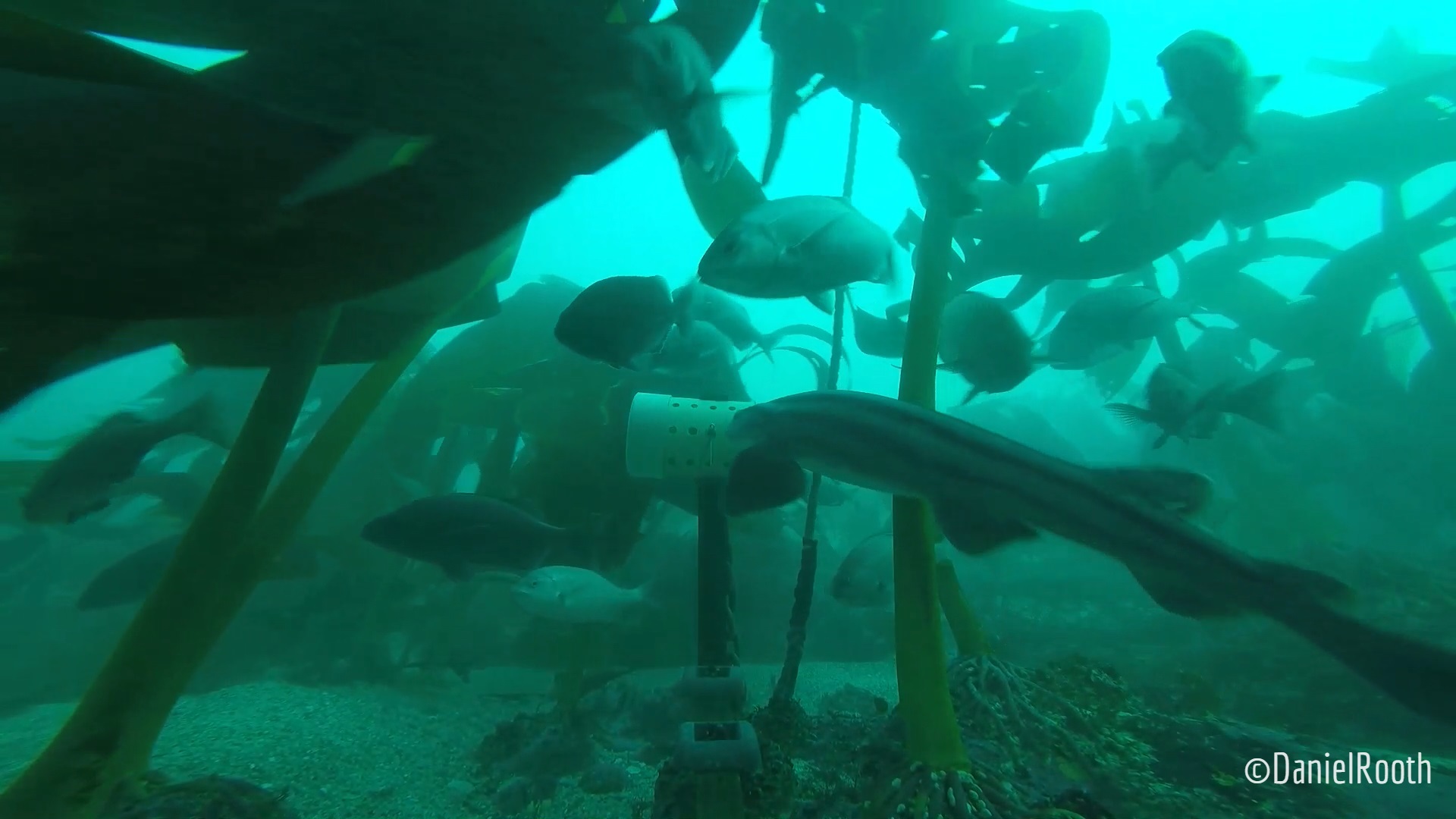 The most abundant of the species in all habitats and both in summer and winter was the puffadder shyshark was observed in 68 % of the videos. What was incredibly exciting to see was that the dark shysharks were much more abundant in kelp than in the other habitats, although only seen in 38 % of the videos. Since these two species can be so difficult to identify from each other just by the morphological characteristics, as colour and patterns on their skin, genetic analyses using their DNA would be an incredibly interesting way to study these sharks further. Genetic analyses could also reveal if there have been some hybridisation between the species.

The pyjama catshark was not observed that often, only seven times in total. This species is one of my favorite sharks because of its amazing long black stripes along its otherwise grey body. The pyjama is classified as near threatened and the research we are conducting here will further the knowledge of this understudied species. 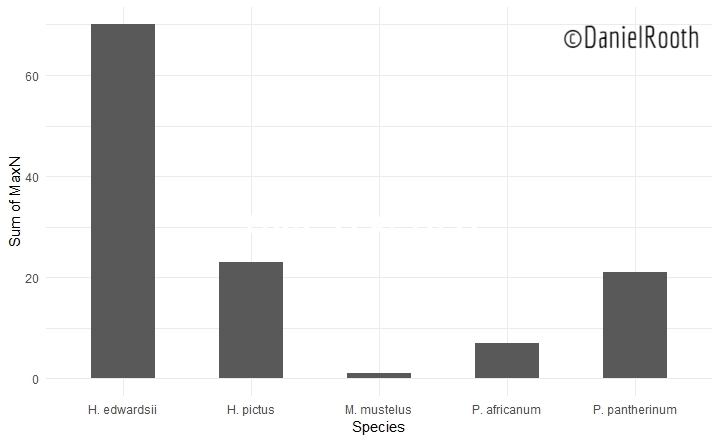 What has this project really taught me?

This project has probably been one of the most important things I have ever done in my life. First of all, it has been so much fun that six weeks felt like six days. It was a great opportunity for me to learn how real research actually is carried out, being happy about the success of the project but also how to get through those struggles on the difficult days when everything feels like failure. Now when I have started on my master’s degree, I am more motivated than ever to come back to Gansbaai with much more knowledge (Thanks to Toby’s most awesome help with the project) and time, to really make a difference for these sharks. Marine Dynamics has made South Africa feel like a second home for me and I am going to miss it every day until I come back!