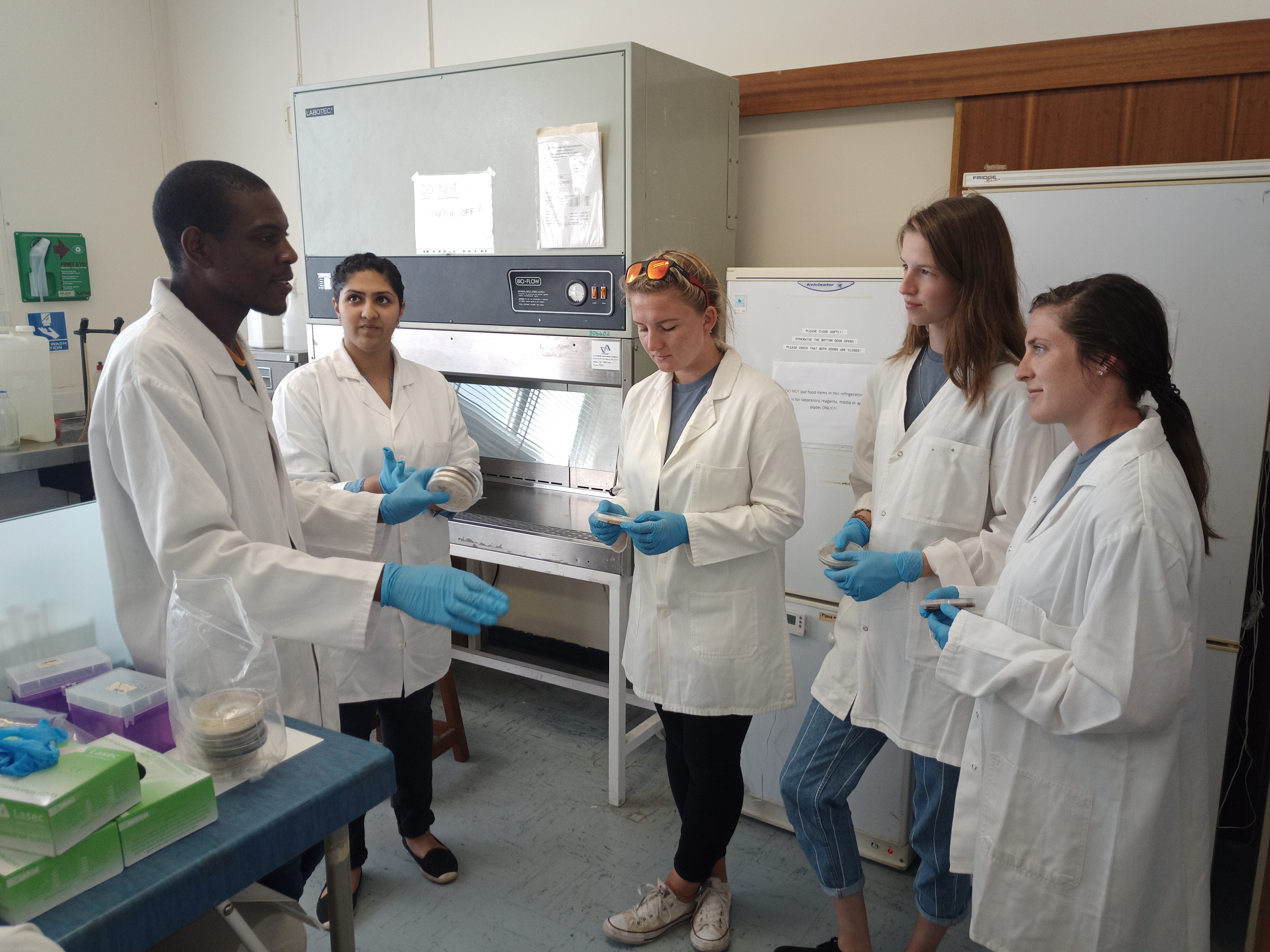 On the 18th of October Kayla, Kirsten and I had a day excursion where we visited labs at the University of Stellenbosch. We got to see two labs; one with a focus behind finding compounds for anti-Tuberculosis drug development derived from fungal-symbiotes from plants, and the second directed at using genetics to understand the stock of elasmobranch species. With Kayla and Kirsten’s biomedical lab background and my specific interest in shark research the lab dedicated to elasmobranch genetic research was the perfect day trip.

The first lab we visited was one we’re collaborating on research surrounding extracting compounds from marine fungal symbionts for anti-TB and anti-cancer medication. In this case the researchers are looking into the fugal symbionts from inside the organism by culturing them and assessing their anti-TB properties. This is in an attempt to create a drug to treat the 3 million people a year who contract the disease. They have previously been doing this with plants, but recently they have made some headway with marine organisms as well. While we were there we got to practice plating some marine specimens that we had collected from Kleinbaai, including two species of algae and one blue bottle. Once the symbiotic fungi from these specimens are grown, they’ll be cultivated, and then compounds extracted and examined. Marine Dynamics Academy will collaborate with the lab on widening their search spectrum to the marine environment.

Following this we moved on to the main campus where we visited the elasmobranch genetics lab. Here we had a tour where Dr Juliana Klein elaborated on how fin clipping samples could be used to understand the stock of shark species. This is particularly useful in species with two populations that may be beginning to separate from each other genetically due to a lack of interbreeding. By understanding the stock of these species, we can better our understanding of their populations and therefore the level of protection they require.

The day at the labs really highlighted how microbiology and genetics is incorporated into marine biology and how it can help give multi-facetted answers to research questions. 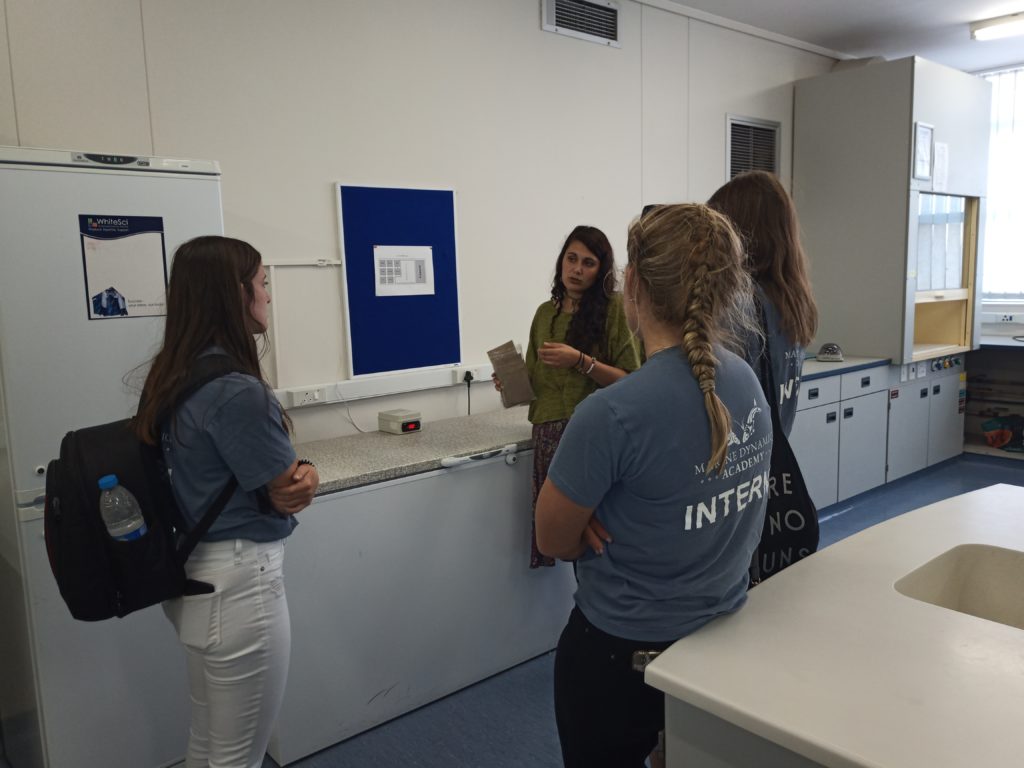 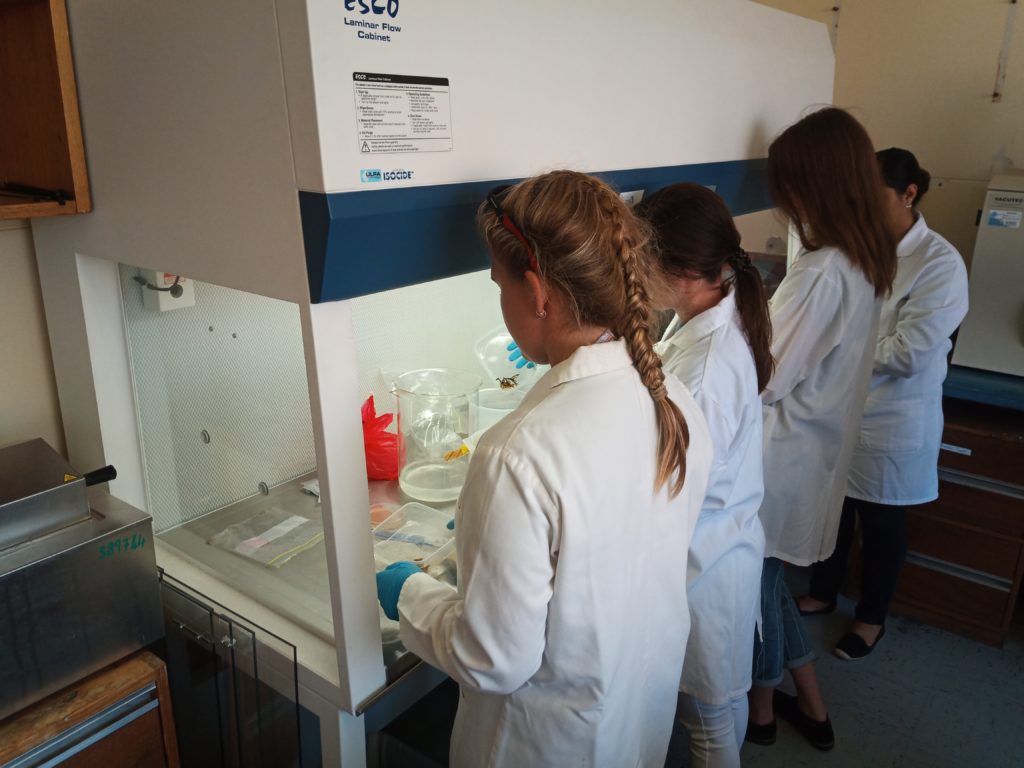 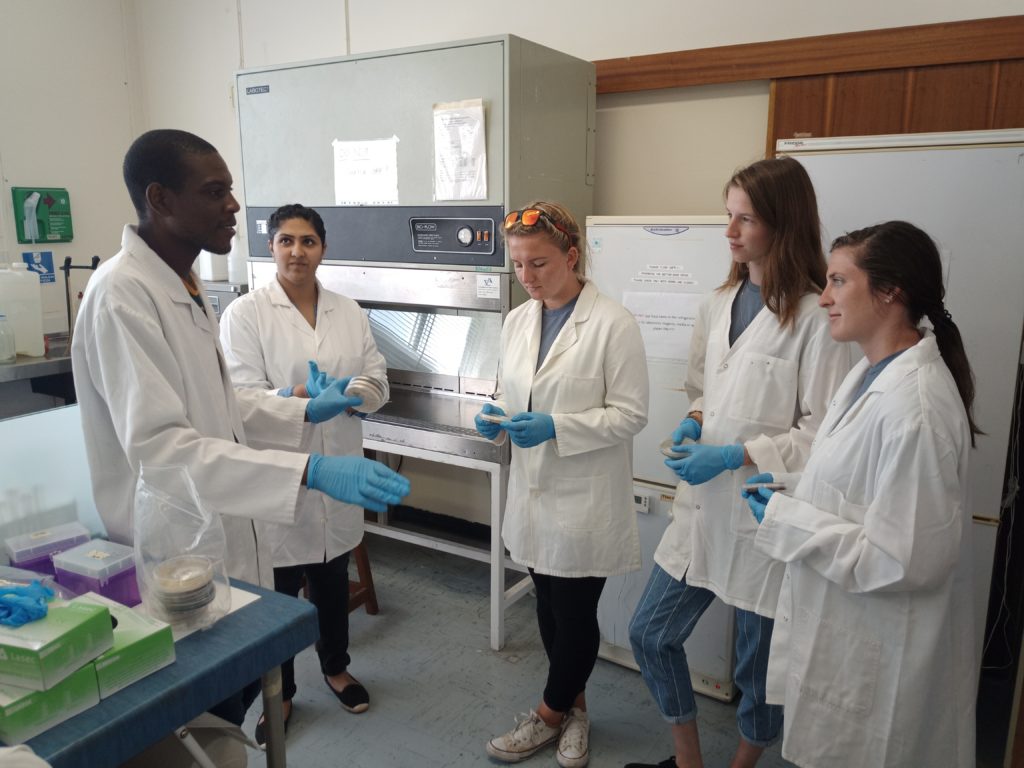