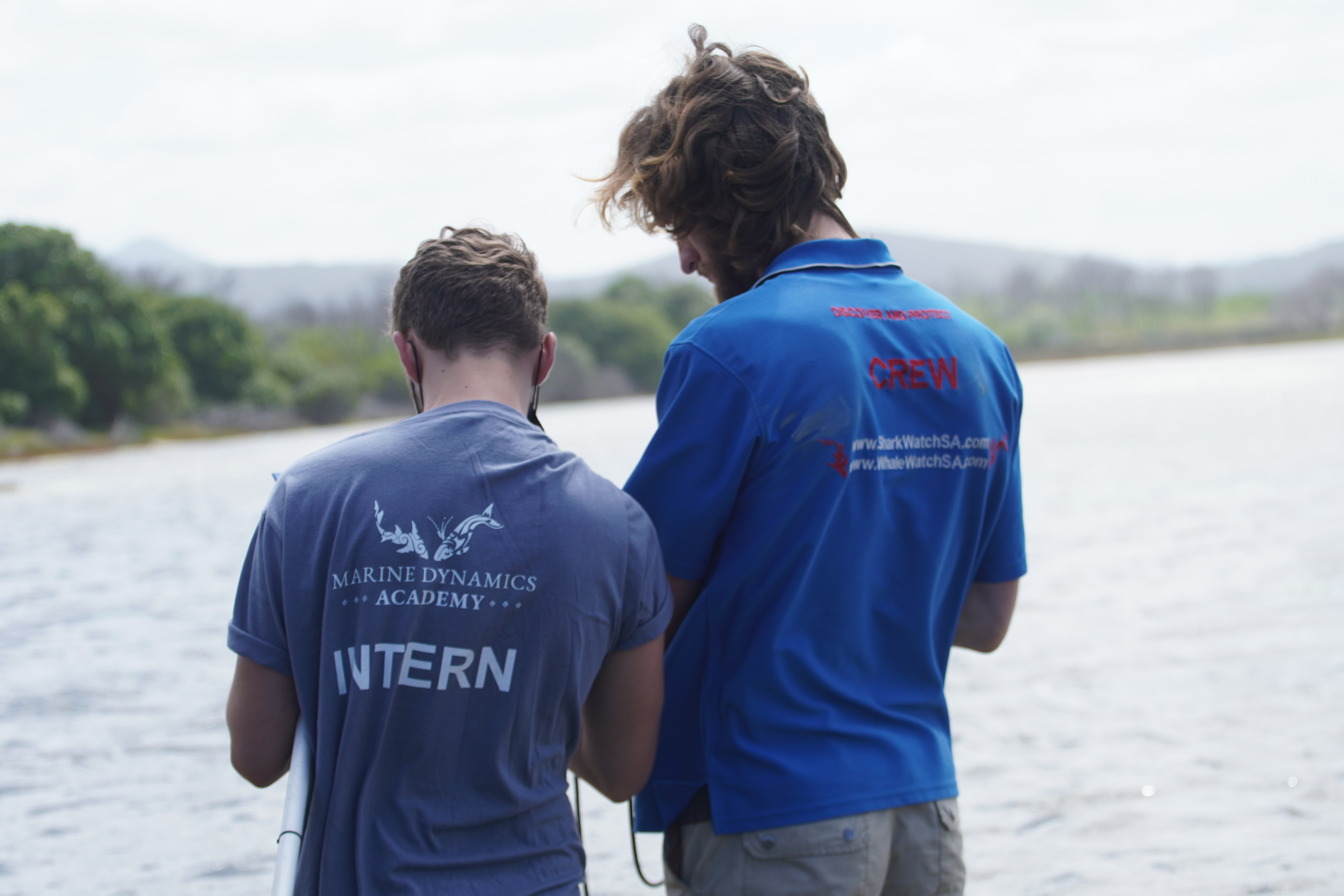 Birding at the Uilenkraals Estuary

In my first week of the Marine Dynamics Scientific Internship, I had the privilege to experience various parts of marine science. One of many awesome skills I have already gained at MDA is getting into birding. Coming to Gansbaai, I honestly thought that in comparison to the other projects, birding would be the least interesting for me. Saying that, I totally disagree with it now.

The first lecture about all these different and unique birds around South Africa fascinated me from the very first moment. The biodiversity and occurrence of many of these different bird species is overwhelming. Little did I know that the actual practical part would be even more fun to do and what a great first impression of birding it was. 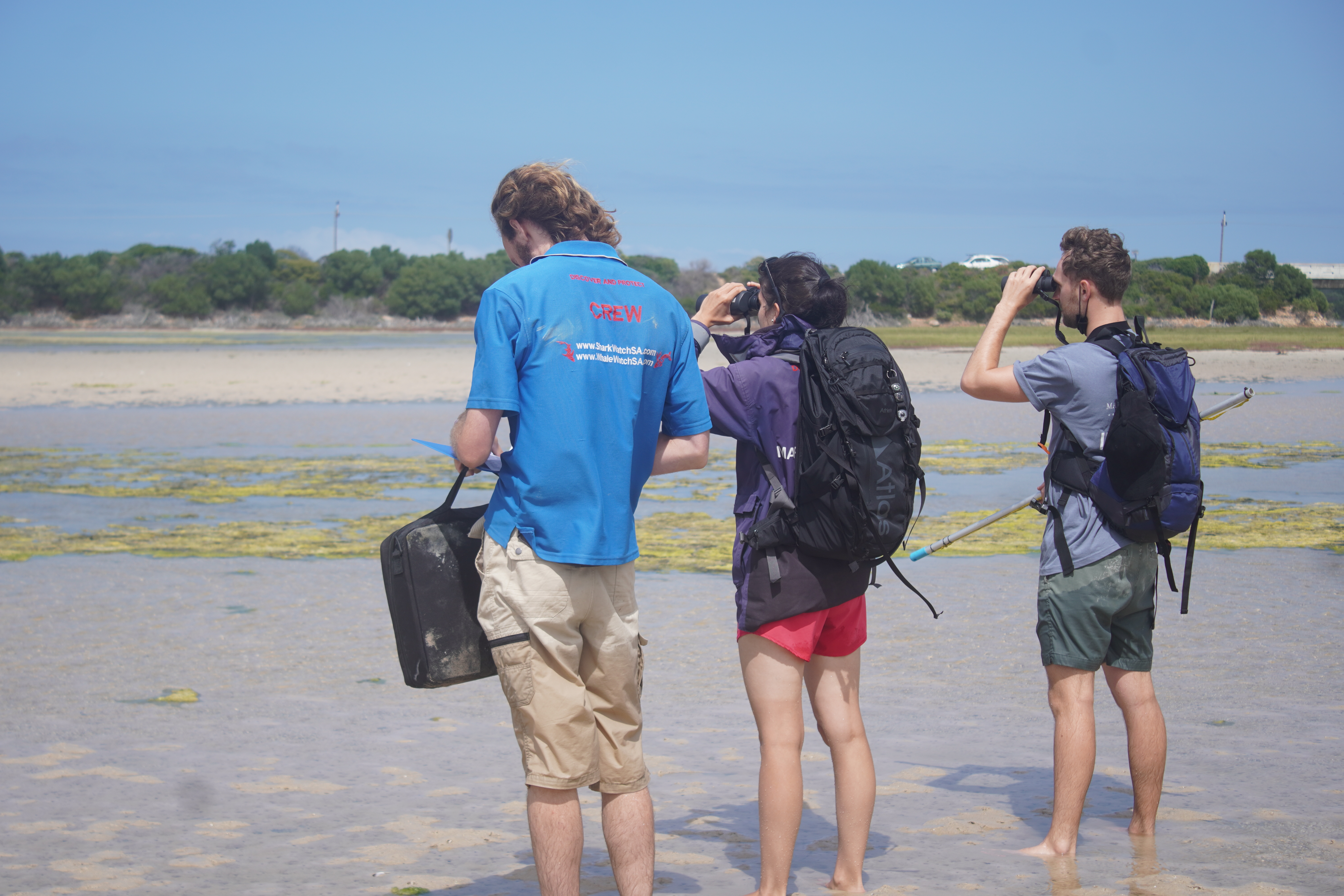 Birding is the identification and observation of wild birds in their natural habitat. To identify the species, age, and sex of a bird, you can look at physical peculiarities such as body-, bill-, leg- or tail size, geographical occurrence, or recognizable behaviour such as the wing spreading of the Cormorants in order to dry out their plumage.

The equipment is manageable and includes binoculars, a bird guide and patience. Optionally a nice camera for later identification.

After having a glimpse at the bird guide, we went to the Uilenkraals Estuary. The team usually monitors the water quality and does research on freshwater and marine fish that are resident or migrating into Uilenkraals river. Observation and occurrence of birds is also a big part of their work in that area.

Coming into the estuary, I could immediately spot two African Oystercatchers, which are recognizable because of their strongly orange coloured bill and the black plumage. My first guess was
a success.

Going on we had sightings of Cape Cormorants and White-breasted Cormorants, which obviously have white plumage on their breast. It was motivating and encouraging to spot the differences of birds and gain a practical impression of the theory and of ornithology in general. 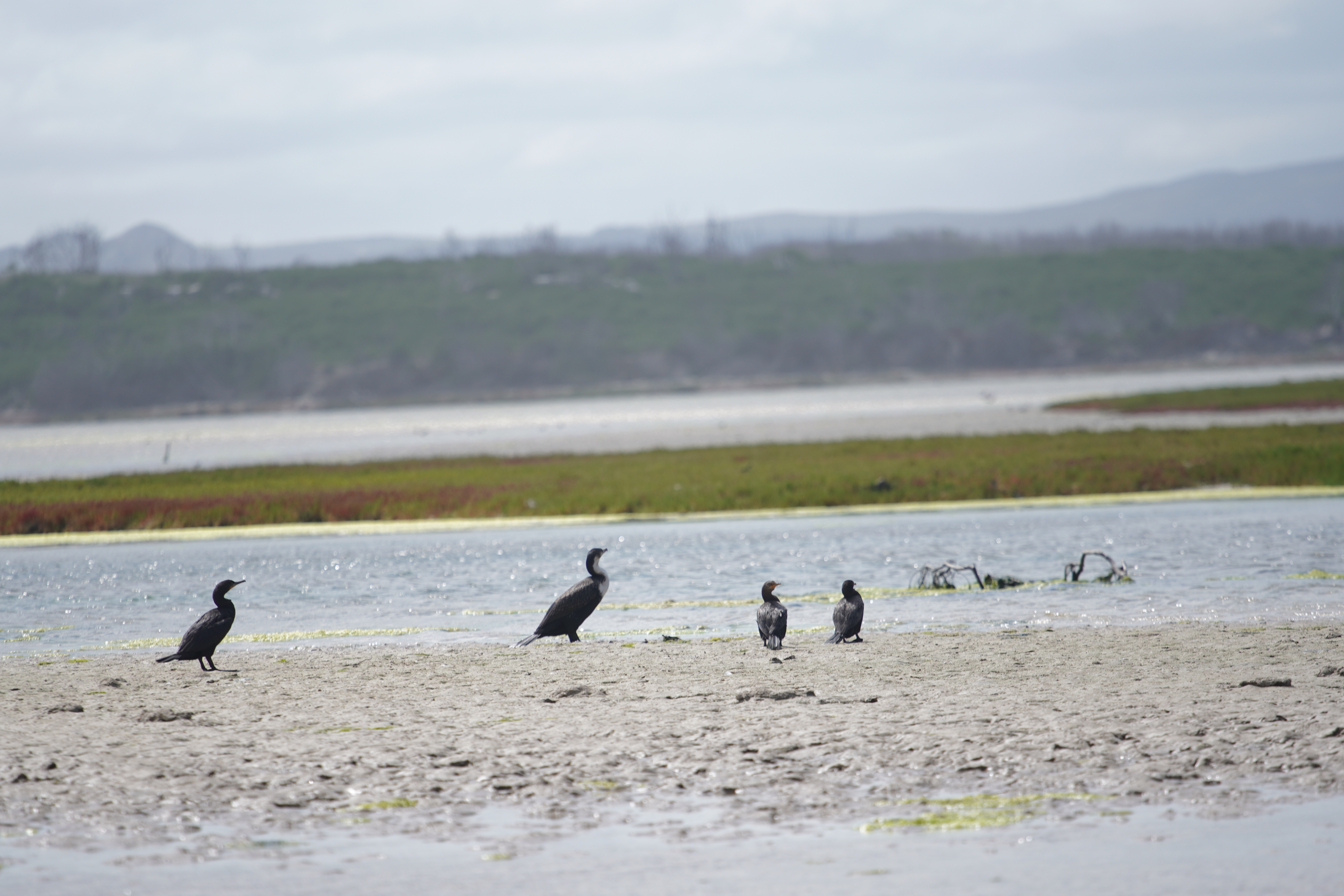 Further on I found myself hiking along the beach and spotting birds I now know and could tell the behaviour, age and other facts about the specific species. Super cool!

Even outside of the estuary I had the chance to use my birding skills and was able to identify Cape Gannets plunge diving into the ocean. This kind of feeding is unique and very much a highlight for me to observe.

Birds have a lot to offer and it’s been a pleasure to be able to get into this and find out that birding really is interesting and diversified.

Maik is currently studying biology at the Heinrich-Heine University