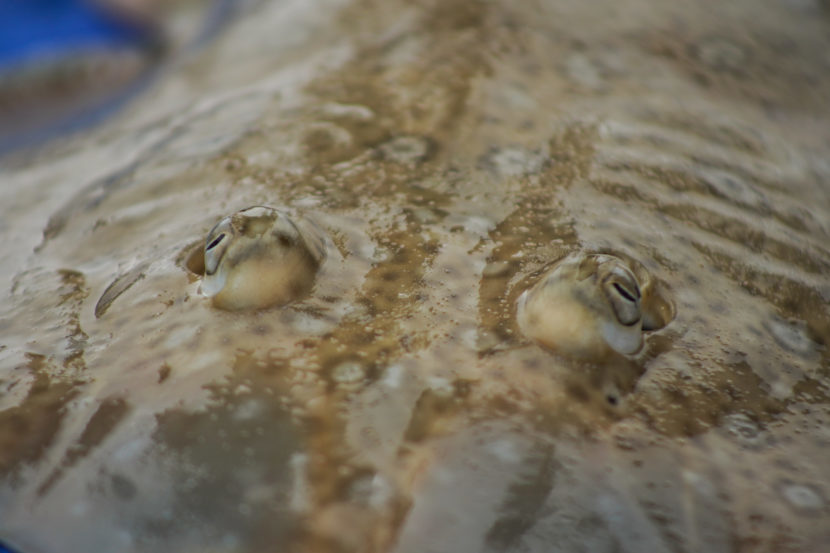 Do you see that shadow moving? That’s a Lesser Guitarfish!” This was my introduction and first steps into the Lesser Guitarfish Project of Marine Dynamics. It was the usual YSI-Monitoring at the Uilenkraals Estuary. After the first station just at the Rivers mouth, Ralph takes the car and drives to the bridge which separates station one from the rest of them. 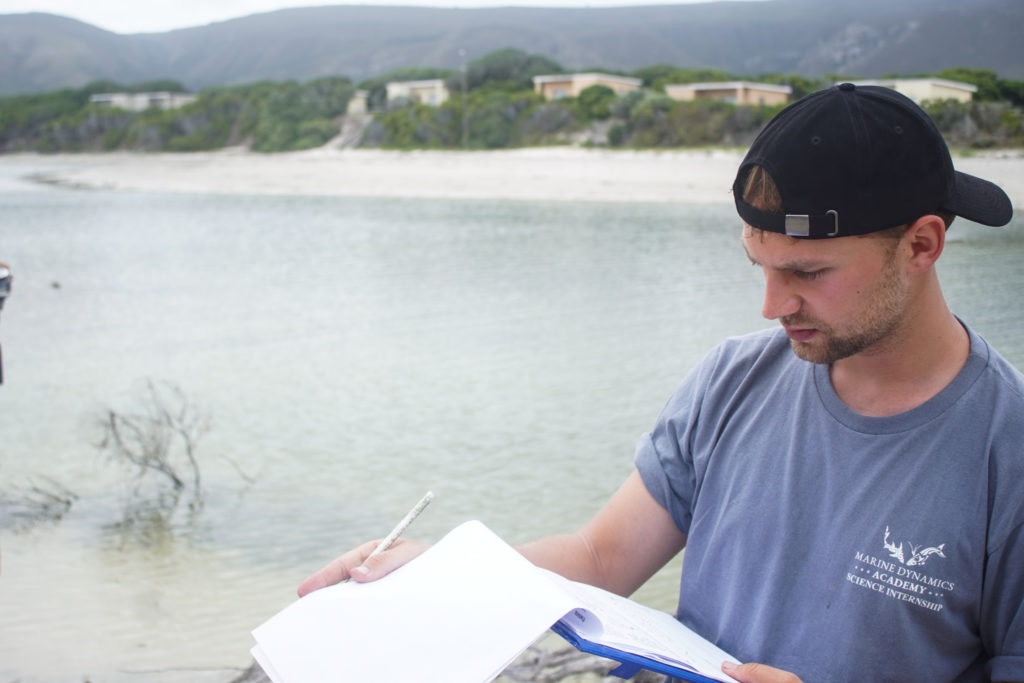 Ettiene and I usually walk there through the estuary with one mission: To locate the Lesser Guitarfish which were seen there a week earlier. The river mouth was closed for weeks, so there was no way for them to head back into the ocean. Walking along the water and up the dunes we had great visibility of what might swim underneath the water surface. It was during that walk when we spotted a big shadow swimming at the bottom of the estuary. We found them! I can still see the excitement on Ettiene’s face. The next day we packed everything we needed for fishing and tagging – a rod and reel, bait, ORI-Tagging Kit, measuring tape, genetic sample Kit and a lot of patience. 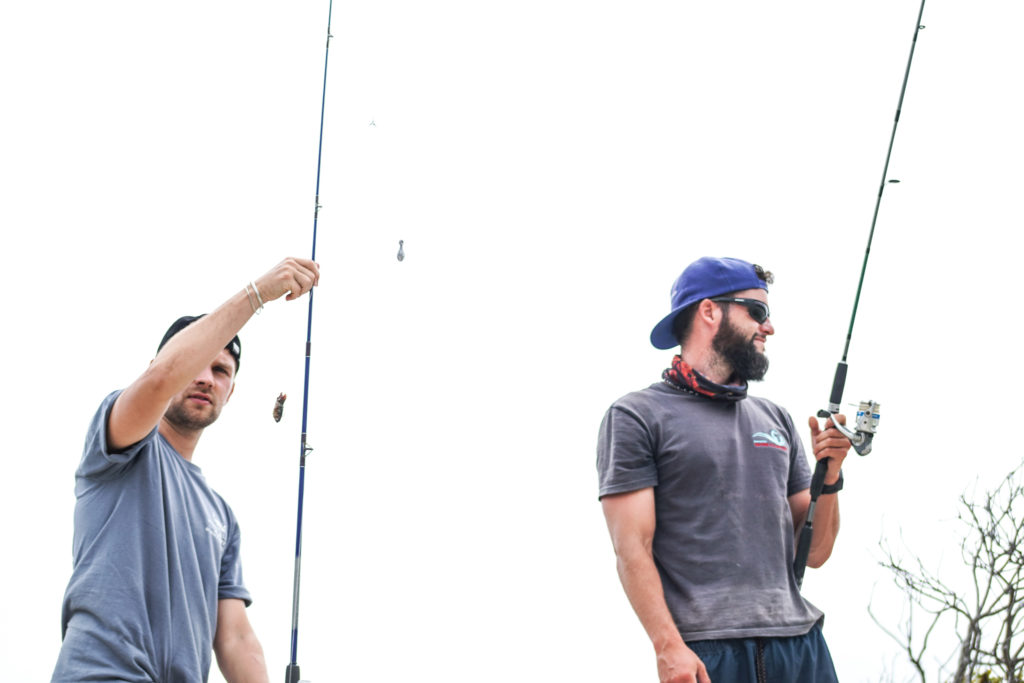 Well prepared we are off again to the Uilenkraals Estuary to catch some Lesser Guitarfish, tag them, get a fin clipping for the genetic studies and release them after we documented the total length, sex, and other important notes. All that takes only 5-10 min as we are three people. 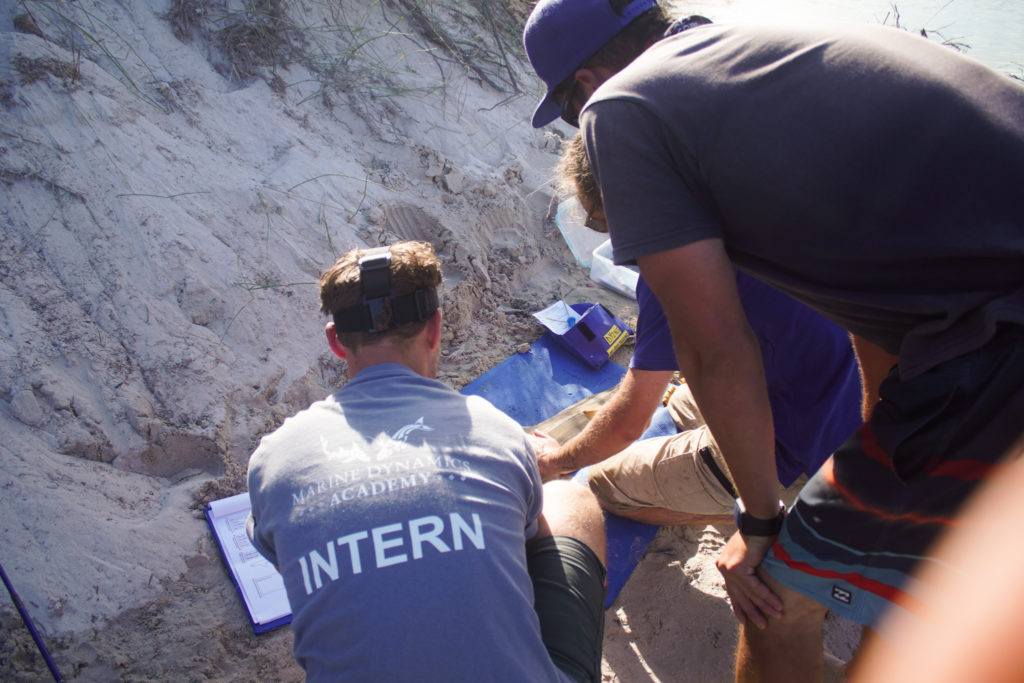 The Lesser Guitarfish, also known as Lesser Sandshark (Acroteriobatus annulatus) is a benthic living animal with a triangular snout and rounded pectoral fins. They can reach a maximum size of 140 cm and can get up to 7 years old. Its diet includes benthic invertebrates such as small crustaceans, sand mussels and polychaete worms. The Lesser Guitarfish is endemic and occurs in shallow water with sandy bottoms like surf-zones and estuaries. At the age of three years, males mature at a size of about 58cm and females at around 62-65cm. Their pupping season is from March to April and they usually come inshore in shallow waters. The individuals we caught were 89cm and 99,5cm long and both females. 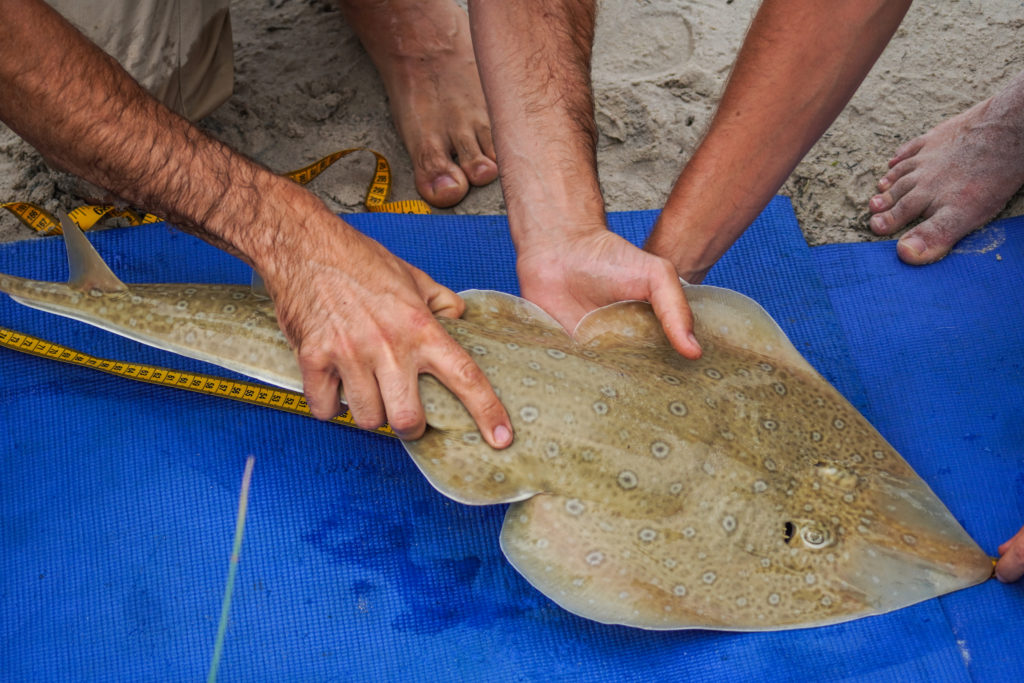 The Lesser Guitarfish has been evaluated as Least Concern of the IUCN Red List in 2016. It is important to find out more about this truly fascinating animal in order to keep its current status stable.

Maik is currently studying biology at the Heinrich-Heine University