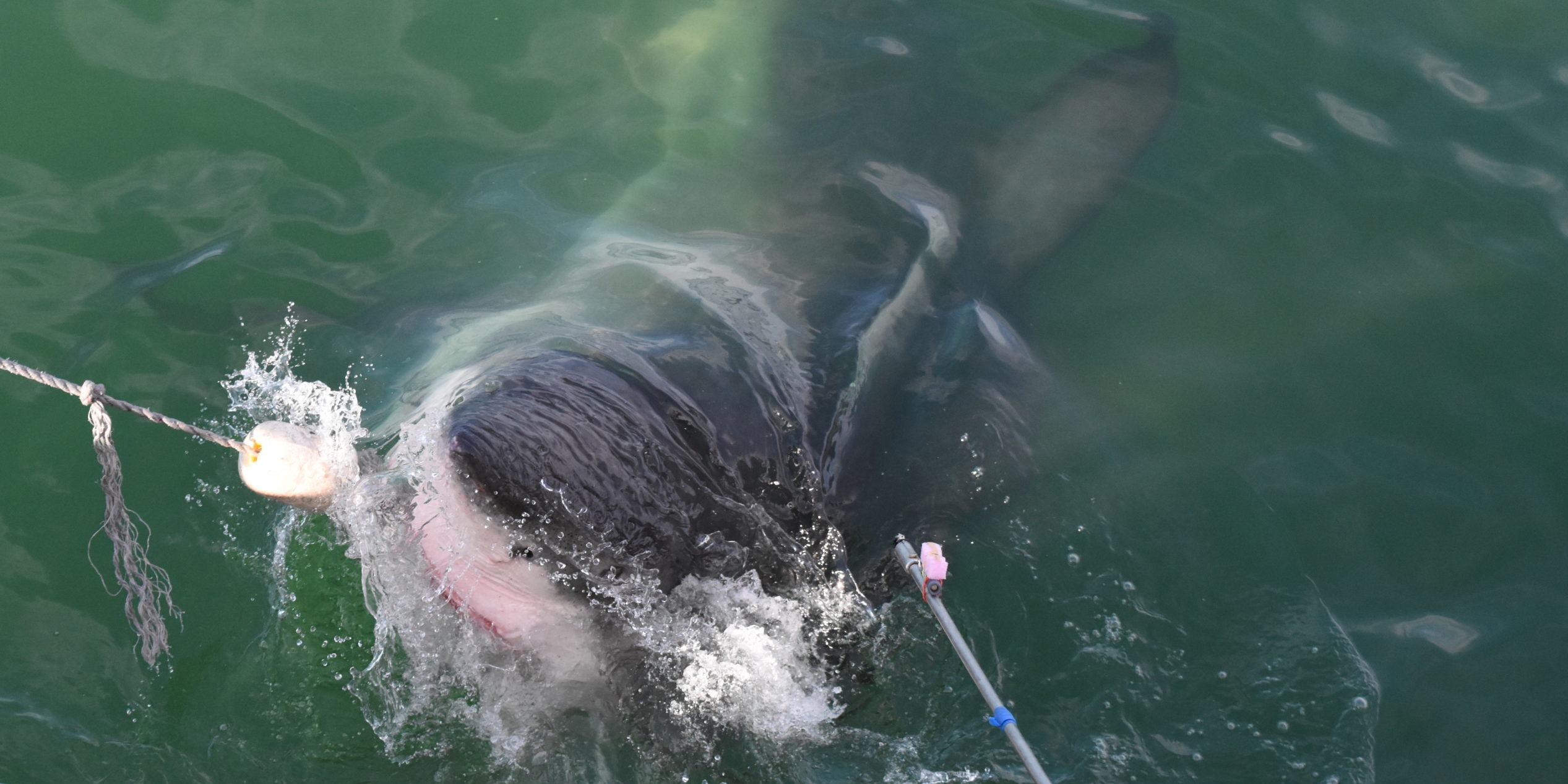 What started out as typical office day of data entry for the interns here at Marine Dynamics soon took an unexpected turn to be one of the most exciting days of my internship and perhaps my entire life. We awoke at normal hours with plans to analyze Baited Remote Underwater Video (BRUVs) footage we collected in the field earlier that week and then after lunch the plan was to input Ocean Research Institute (ORI) tagging data into Microsoft Excel. Though working as a field biologist weather and plans change on a whim as mother nature does not care for our neatly packed schedules and plans.

At about 11:00 my colleague Todd and I were nearing the finish of analyzing our BRUV footage when Alison Towner, Marine Dynamics leading White Shark biologist popped her head in the office just to say hello and see what we were up to. After showing her the footage we had of a common Octopus unscrewing our bait canister she asked us what else we were up to today. We told her our plan of data entry for the day, and she scowled and said ‘hey why not come along and tag a 4.5 meter White Shark instead’! Todd and I of course thought she was perhaps joking but after a few seconds of awkward silence from both of us we realized she was dead serious, so we jumped up from our computers and grabbed our bags to rush outside and prep the boat!

The sea was a cold-wave-tossed expanse but yet a feeling of ecstasy rolled over my body as my excitement could not be contained by any bounds. We arrived at the shallows, or Joubertsdam in Afrikaans, and anchored off quickly. Not more than 5 minutes had passed before I heard shouting towards the stern of the boat from Ruben one of the crewmates, “WHITE SHARK 7:00”. I couldn’t help but sprint towards the railing like a kid running through a neighbourhood on Halloween for candy.

Suddenly a colossal shadow rose slowly from the deep as if it were some massive submarine or sea monster from ancient lore. Here was this massive white shark, larger than any living creature I had seen in my life just a few meters from my fingertips. I almost forgot entirely about the tagging mission as I stood there a few minutes lost in complete stupor at the sight before me. Soon enough though after hearing Alison and Francois shouting about getting the acoustic tag and pole spear ready, I snapped out of it. It was almost like watching a team of formula one pit crew tactfully plan and execute their goal within seconds as I helped them rig the tag onto the spear and prepare the ultrasonic acoustic and telemetry receiver for when the tag is applied.

After that it was a game of guiding the white shark to come swiftly by the boat at the correct angle to be able to place the tag at the base of its dorsal fin. Within minutes Francois was ready and Rozier our skipper strategically guided the White Shark along the boat while Alison put finishing touches on the gear. In what seemed like a whirlwind of seconds the female White Shark surfaced and slowly came along the side of the boat  ever so elegantly. Francois lunged out with lightning-fast reflexes for a man of his stature and boom. Our work had been done.

The crew all roared with applause as if we had just landed a man on the moon and I was filled from top to bottom with complete and utter joy. We quickly dropped the acoustic hydrophone into the water to see if we could get the White Shark to ping and within seconds there she was on our VR100 Receiver as a little code. 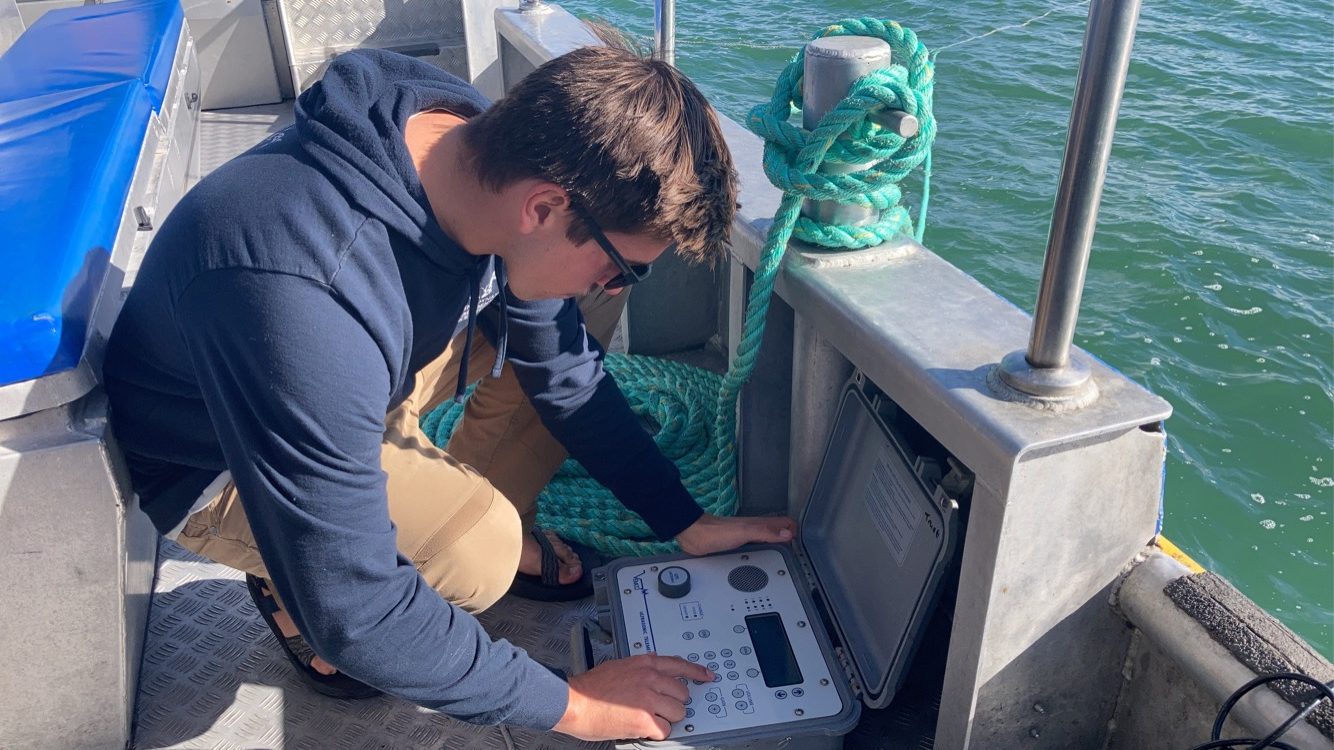 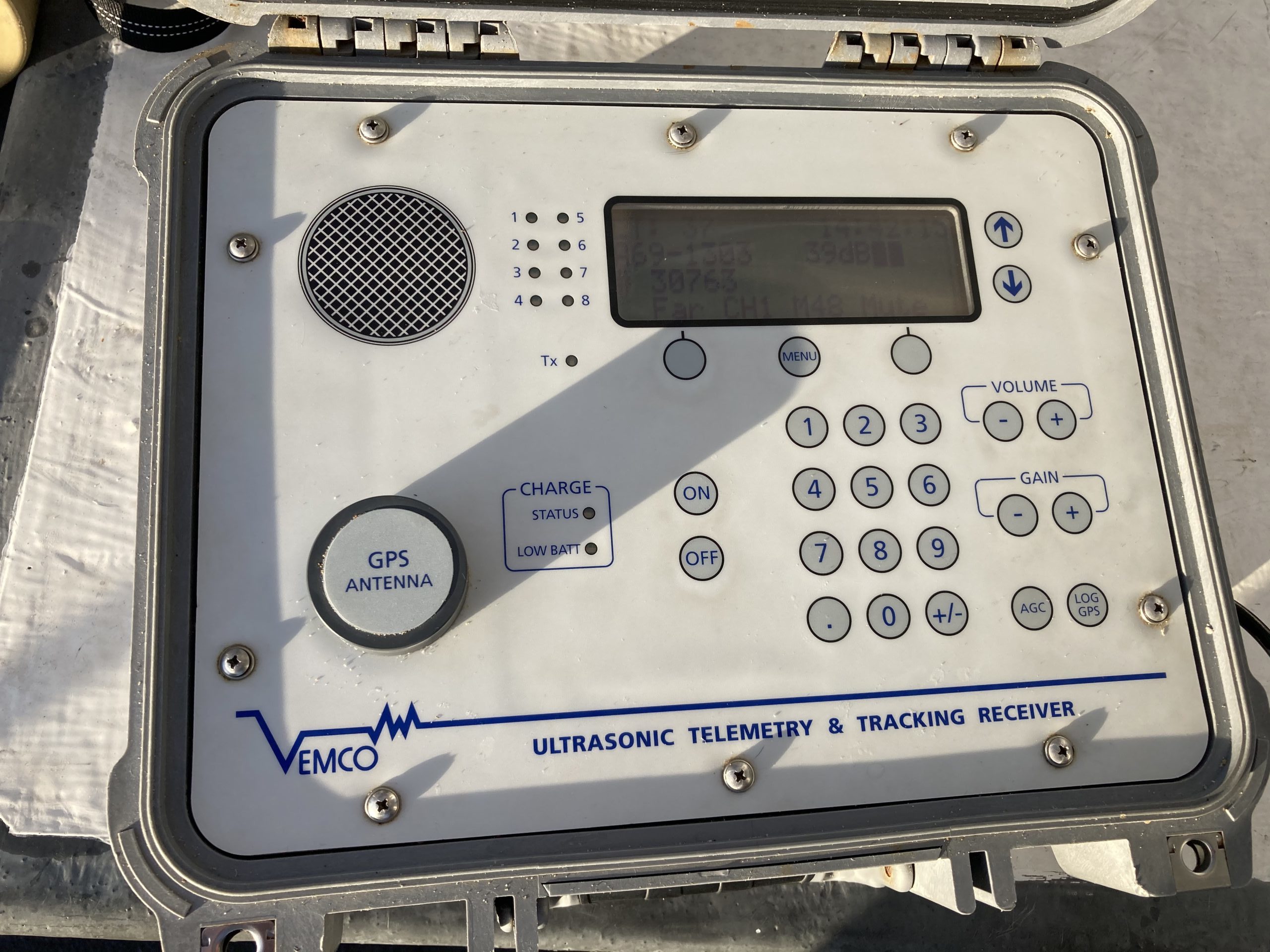 We all cheered and had many high-fives as it felt truly incredible to be a part of such a prodigious team of scientists and crew members. 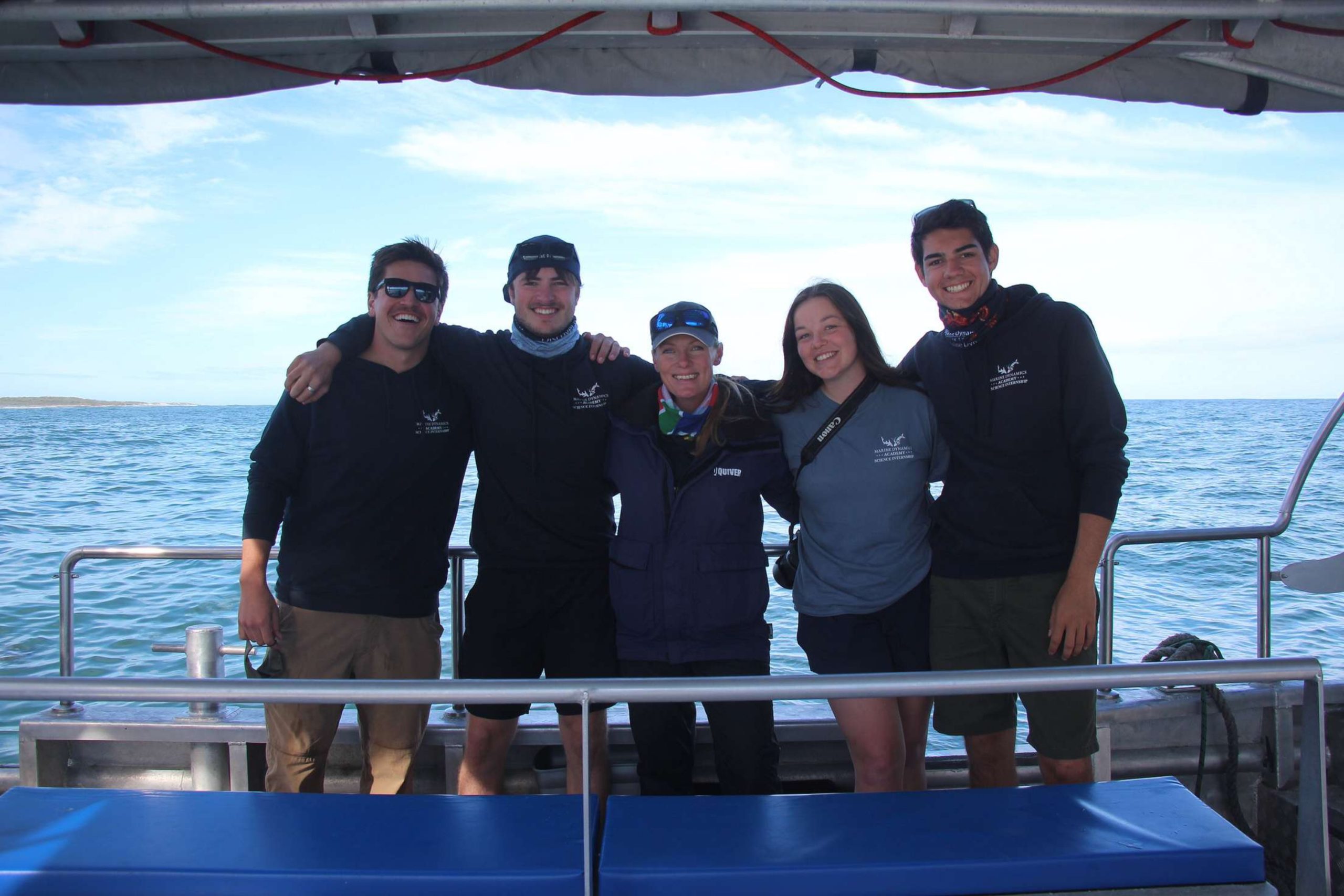 Thank you again Ali and the entire crew, as cheesy as it may sound, my dream was definitely realised.