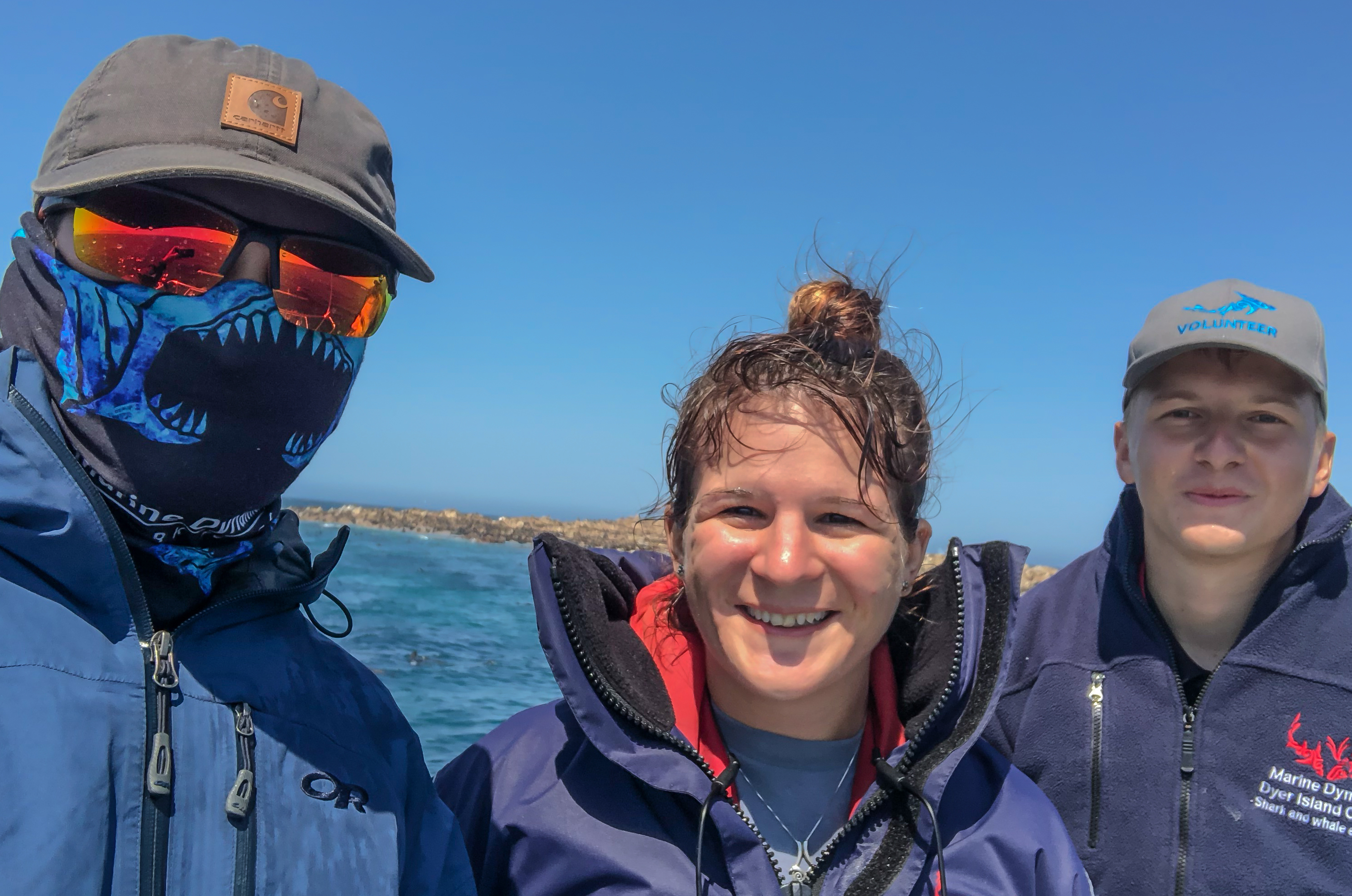 Another look into the underwater world!

We recently got the opportunity to go out on the research vessel, Lwazi, to deploy BRUVs (baited remote underwater videos). BRUVS are a non-invasive way to observe marine species in their natural habitats. We are collecting data to investigate the diversity, distribution, and abundance of sharks around Dyer Island and in the greater Dyer Island ecosystem. We are primarily focusing on the small sharks: dark shyshark, puffadder shyshark, leopard catshark, and pyjama catsharks. However, we will also note if other chondrichthyan (cartilaginous) species like the bronze whaler shark, smooth-hound shark, short-tail ray, and roughnose skate are present. We hope to start seeing relationships with different species among depths, seasons, and habitat types. 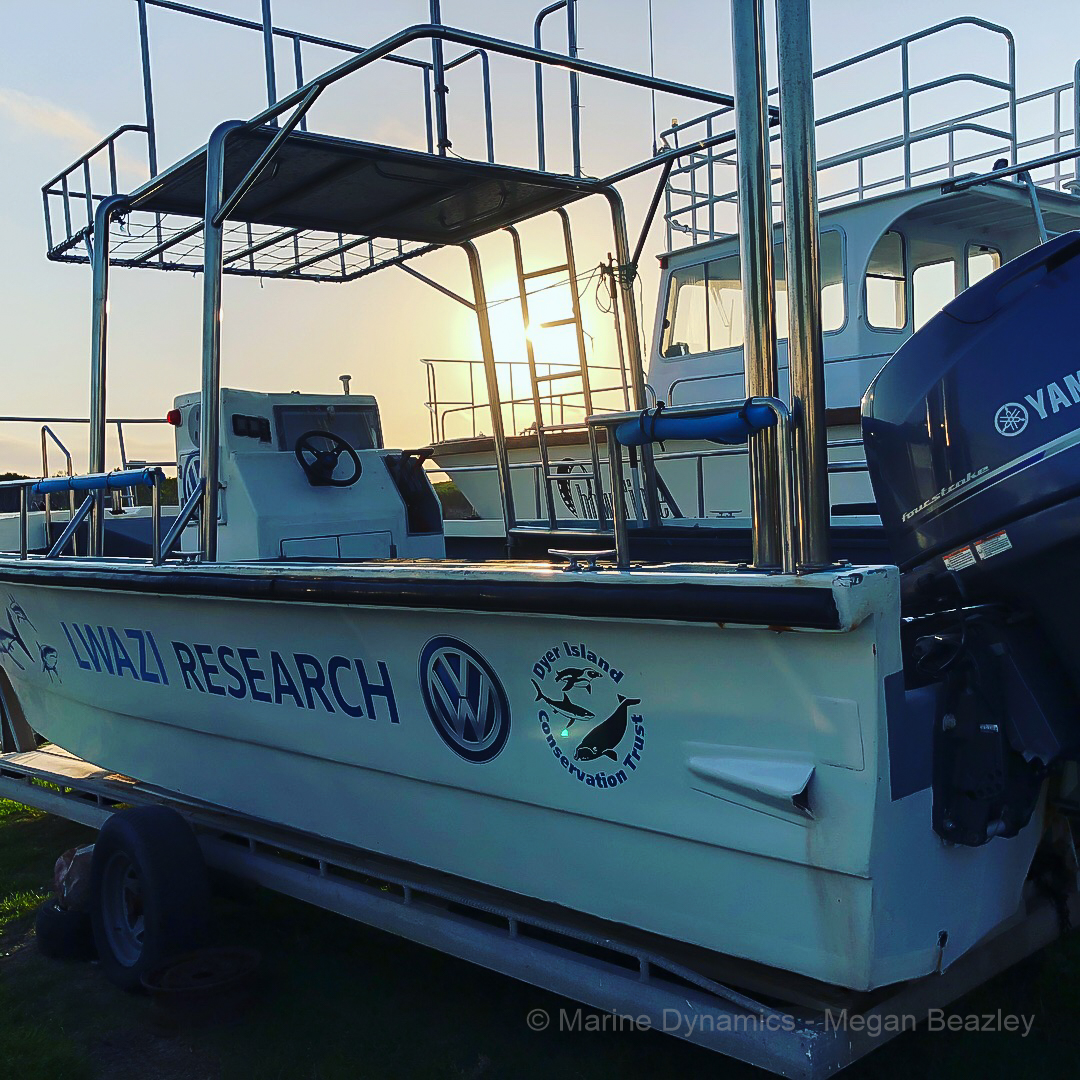 It was a warm, clear day as we set out on Lwazi toward Dyer Island and the spots where we were to deploy the BRUVS. Two volunteers, Zack and Sinan, and I set up the BRUV stations for deployment. 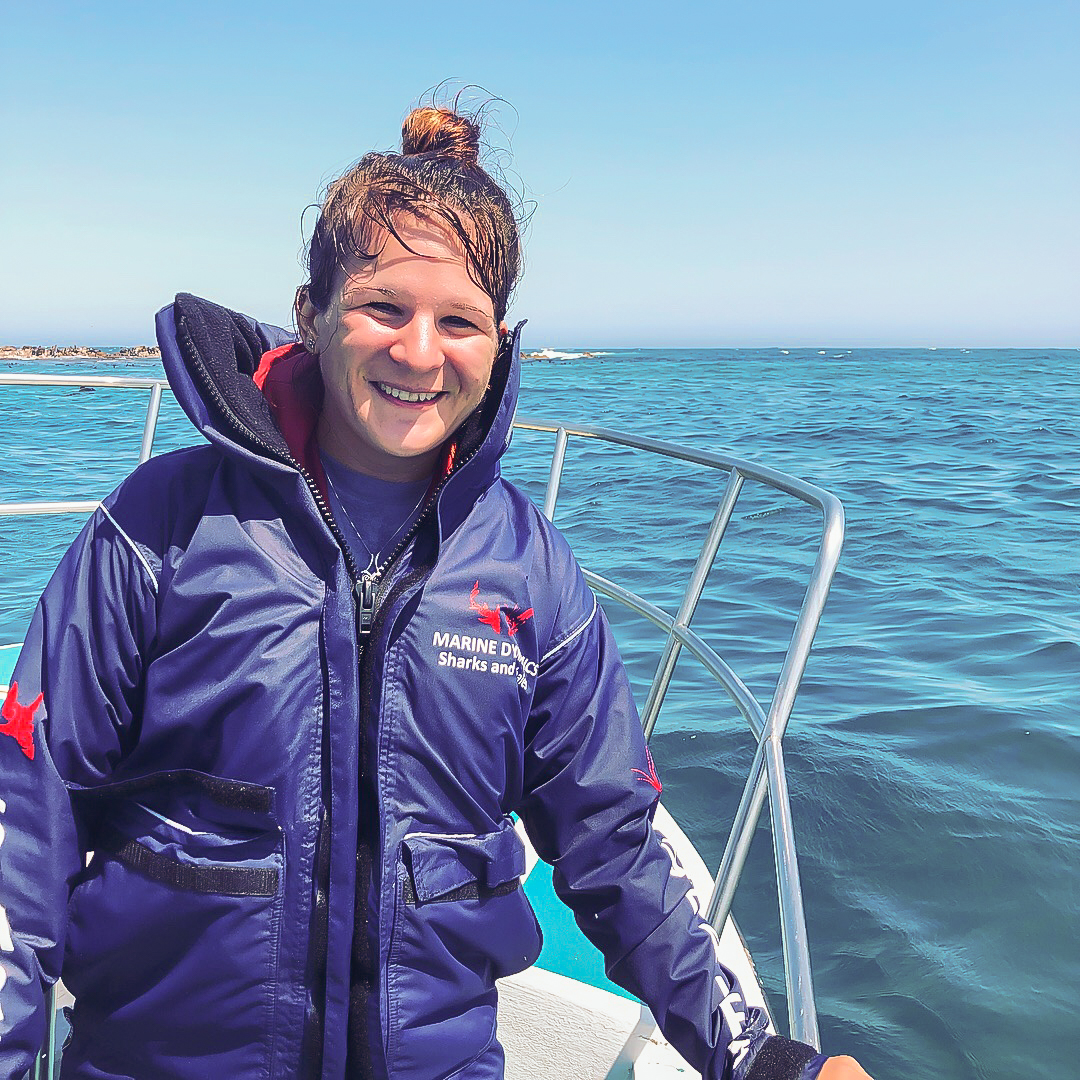 This involved filling the bait canisters with chopped up sardines to attract the sharks to the station. We then put a GoPro on the other end of the station to record the animals that come to investigate the bait. Once the BRUV was set up, we let out a float line (a line that marks the location of the BRUV and used to pull the station back to the boat) and waited until we were at the predetermined spot for deployment as told to us by our skippers, Hennie and Francois. When the time was right, we dropped the station over the edge of the boat into the blue depths. We deployed four stations and waited an hour before going to retrieve each one. All the deployments and retrievals were successful, and we now had four hours of video to analyse. 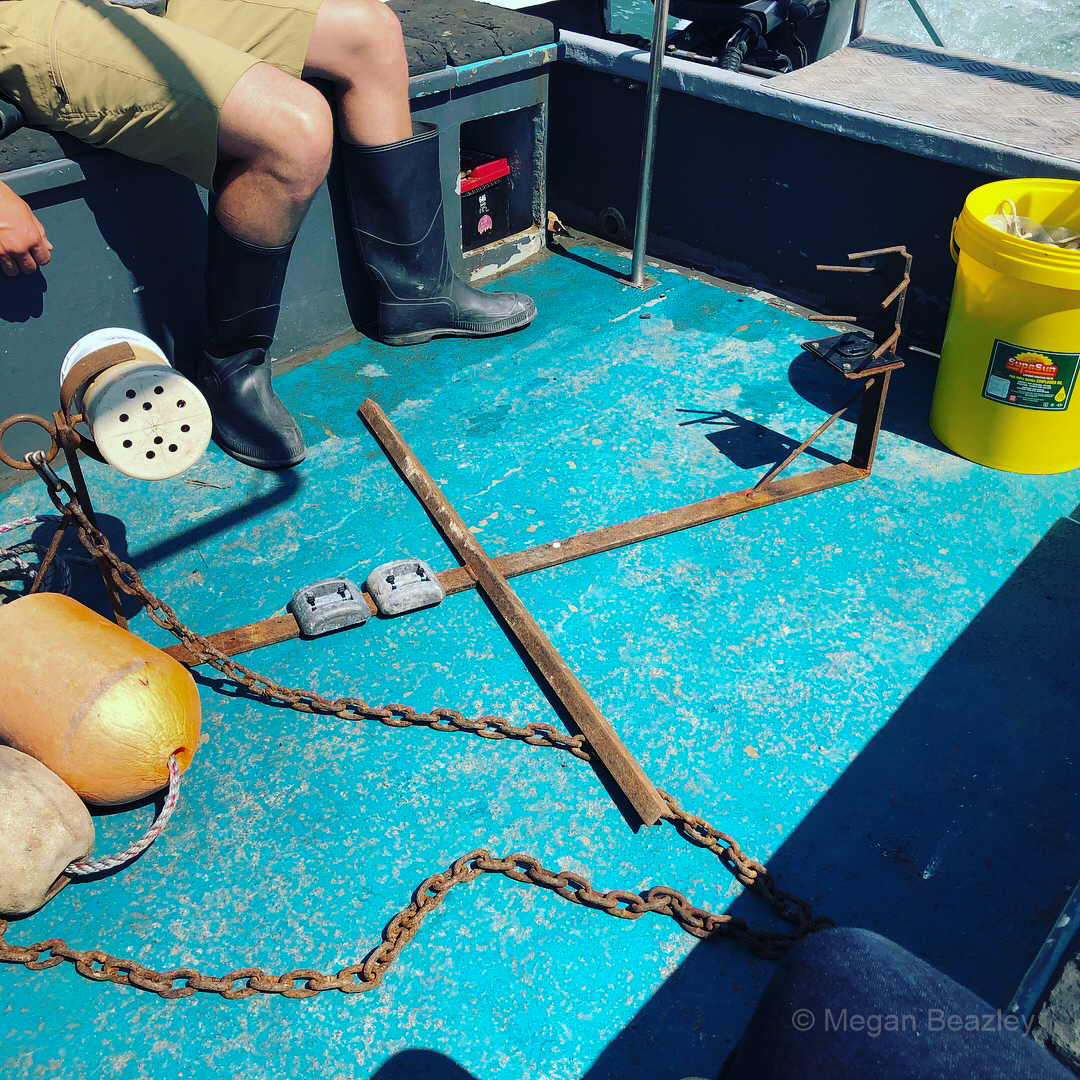 Time to analyse all that footage!

I watched the BRUV videos and documented which and how many of the four small shark species and other chondrichthyan species were observed over the hour recorded by each station. The first two stations did not have any sharks, but there were other fish species, cape fur seals, and invertebrates such as snails and brittle stars. Even though these videos had no sharks, collecting data on their absence is important because it may show habitat preferences or seasonal migrations. For example, one of the locations where no sharks were observed had only small rocks; there were no boulders or kelp the small sharks could use for shelter against bigger predators. Observations like this allow scientists to suggest reasons, or hypotheses, for the patterns observed, and these hypotheses can then be supported by gathering more data or conducting an experiment. Additionally, sharks may use an area for breeding or feeding during certain months of the year. They may only be observed there during a specific period, which is why it is important to collect data in the same locations consistently over time. 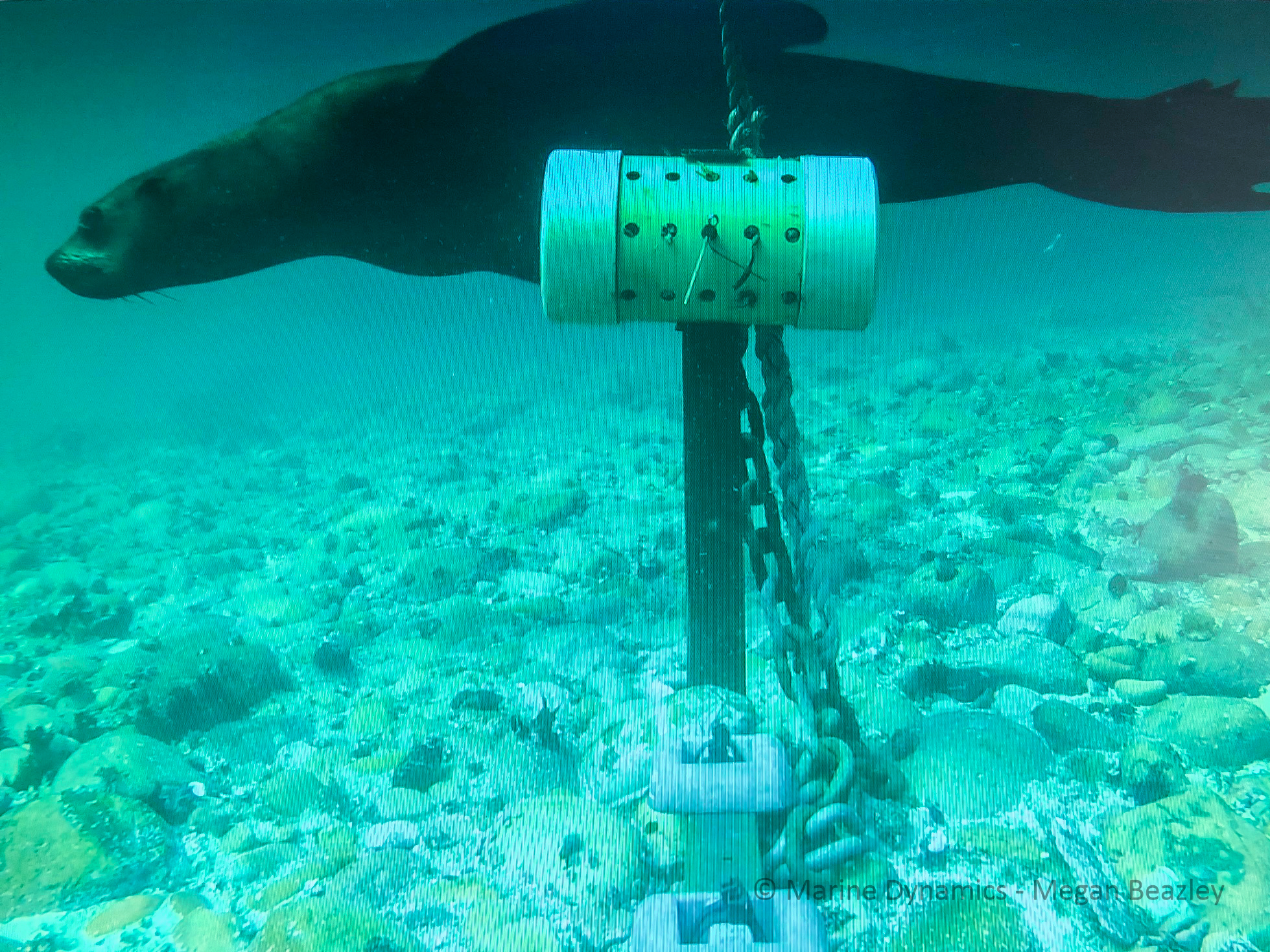 The other two stations did contain some interesting shark activity. One station had a very inquisitive leopard catshark that spent over ten minutes investigating the BRUV and swimming around the area. While it was checking out the station, a smooth-hound shark, which is a larger species of shark, came cruising into the background. As soon as the leopard shark noticed the bigger shark, it dropped to the floor and froze. The leopard shark started swimming again when it thought the coast was clear, but when the smooth-hound came back around for a second pass, the leopard shark repeated the freezing behaviour. This behaviour was also observed at another station, with a different leopard shark. It was swimming around constantly until a cape fur seal came flying into the area, and the shark reacted by immediately freezing on the bottom. This freezing behaviour may be a predator avoidance strategy, and the BRUV footage gives us the opportunity to observe and gain a better understanding of small shark behaviour. 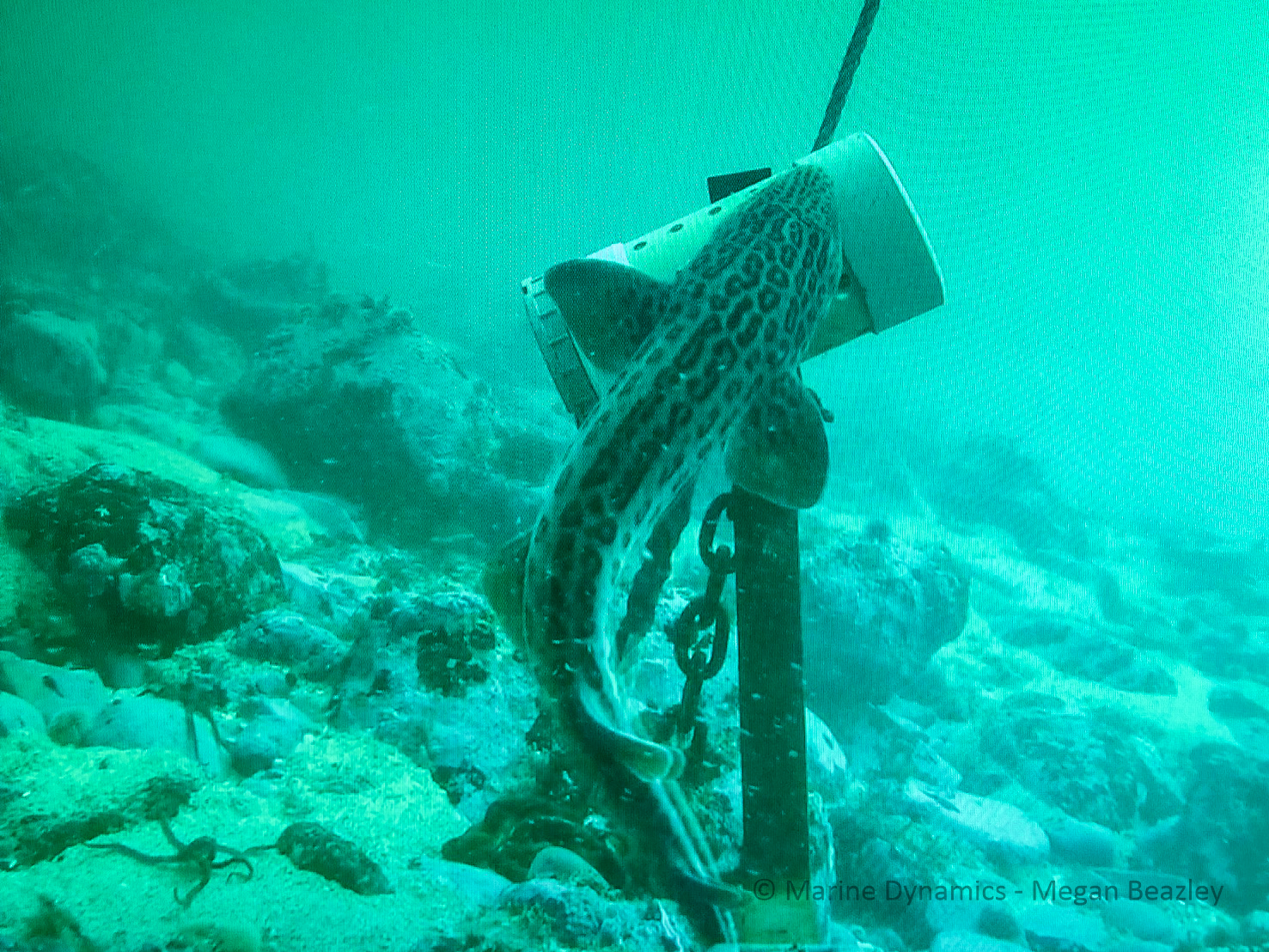 Puffadder shysharks were also observed on the BRUV footage. There was one point when three of them were around the station at once. By recording the maximum number of individuals seen in a frame every 30 seconds, we can start to estimate their population size. On the other hand, no dark shysharks or pyjama catsharks were seen in the footage. However, this does not mean that they are not found in these areas; they may have been sleeping or hunting elsewhere. Through continued BRUV deployment and analysis, we will gain a better picture of these sharks’ habitat use, behaviour, and abundance. Understanding their role in the ecosystem will allow us to implement measures that will not only sustain the small sharks, but also the other species that are connected to them within the ecosystem (e.g. predator or prey species). 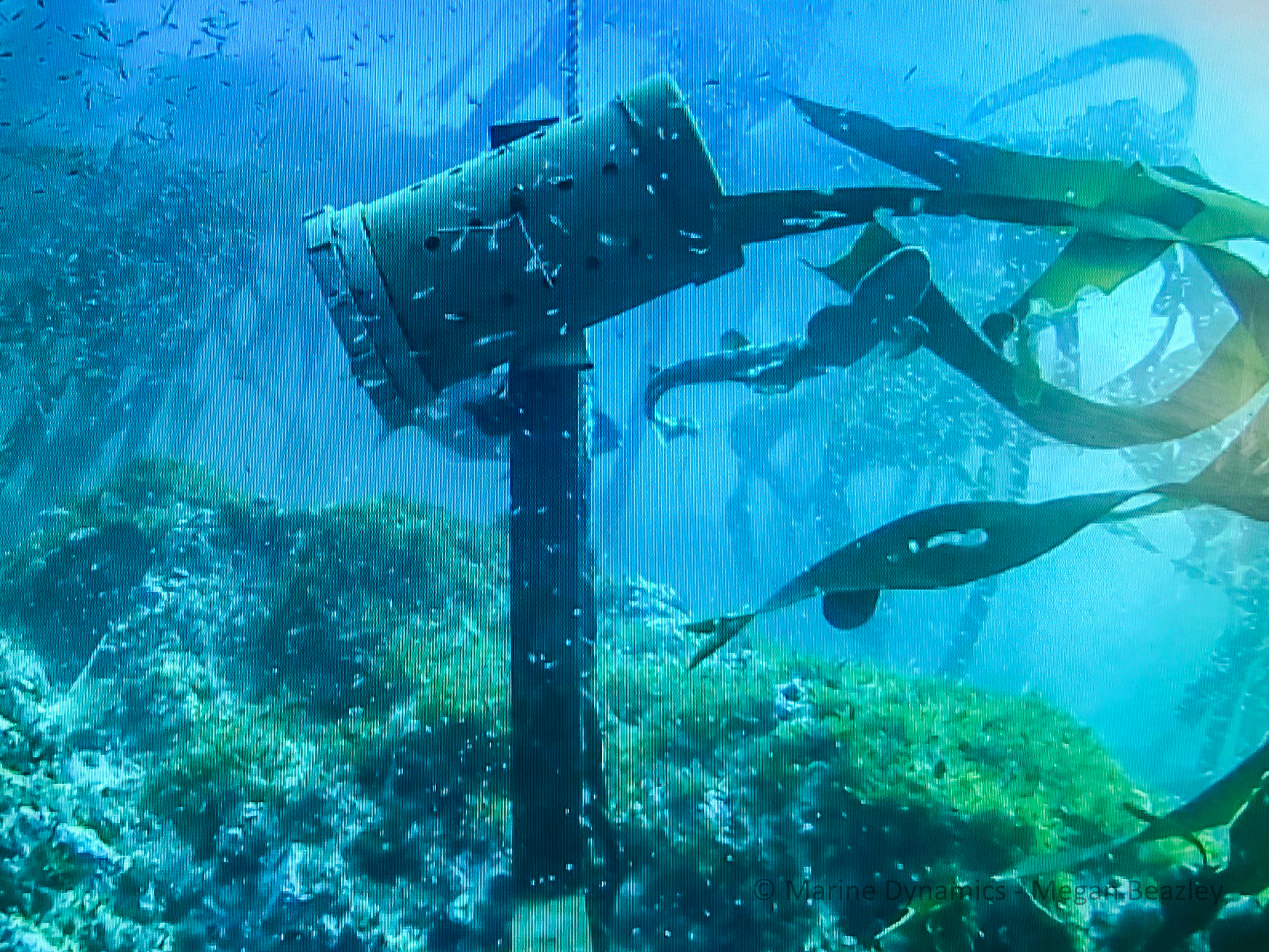 Check out next month BRUV Update, where we have Daniel Rooth rejoining the Marine Dynamics Academy to undertake his university project analysing the long term BRUV footage Marine Dynamics has collected.