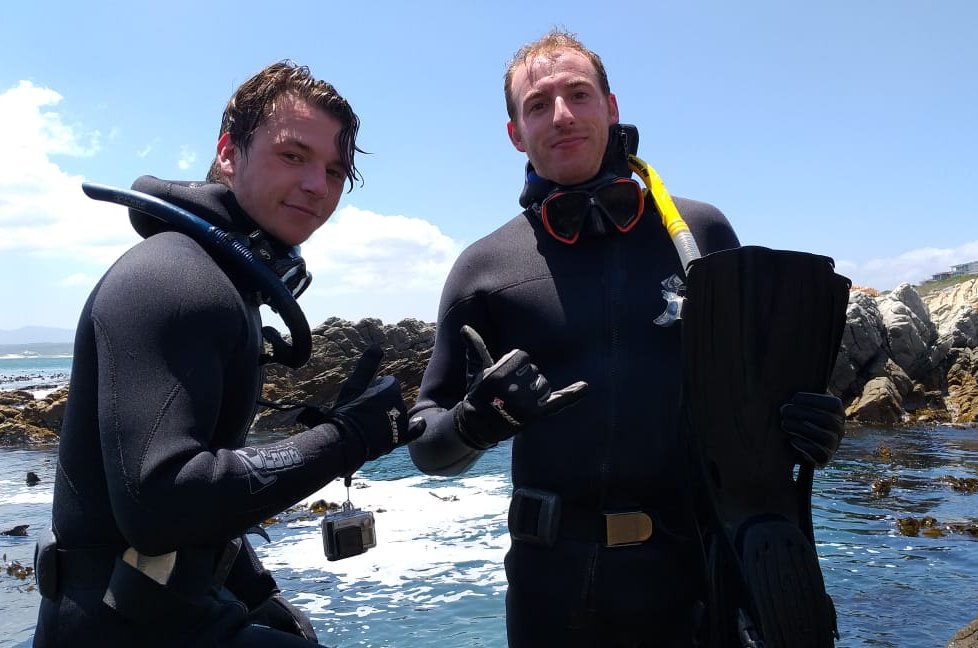 Why are we doing this?

At the Academy there is a long term and ongoing tagging programme relative to some of the small-medium size sharks and rays that inhabit the greater Dyer Island Ecosystem.

Alongside ORI, a national tagging initiative, we are interested in filling in the data gaps associated and conservation statuses of some of the more understudied elasmobranch species that frequent our area.

Methods of capture and tagging

We rely primarily on fishing and sometimes snorkelling to capture our shallow water coastal species of shark. These include the small shy sharks, and the slightly larger leopard catshark and pyjama shark. We are interested in these species because some like the leopard catshark are listed as Data Deficient on the IUCN Red List. Therefore we’d like to better understand these species to identify whether protective measures would be necessary for their conservation. 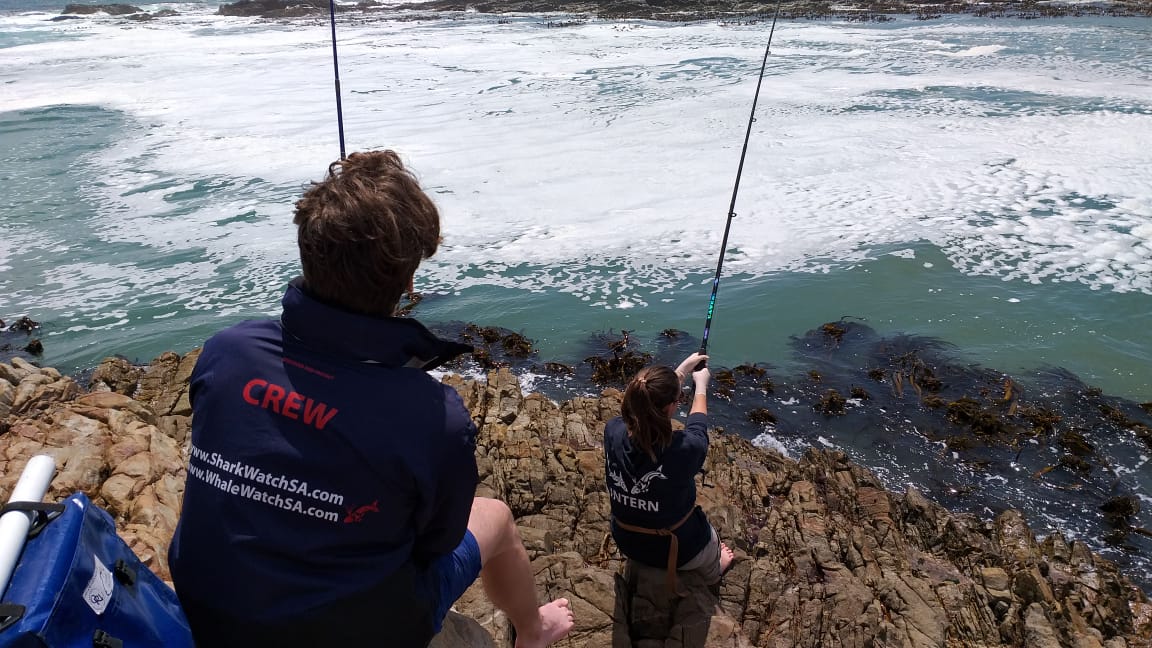 Our training here at the academy consists of Ettiene training us on how to properly rig fishing gear to ensure the safe capture of our target species. Once they are brought ashore, Ettiene will show us how to safely remove the hook from the mouth as well as how to handle the shark so as to induce as minimal stress as possible.

Hennie also shows us how to capture these small sharks opportunistically while we snorkel through the kelp forests. He demonstrates where to hold the shark on the body again to minimise the amount of stress towards the animal. 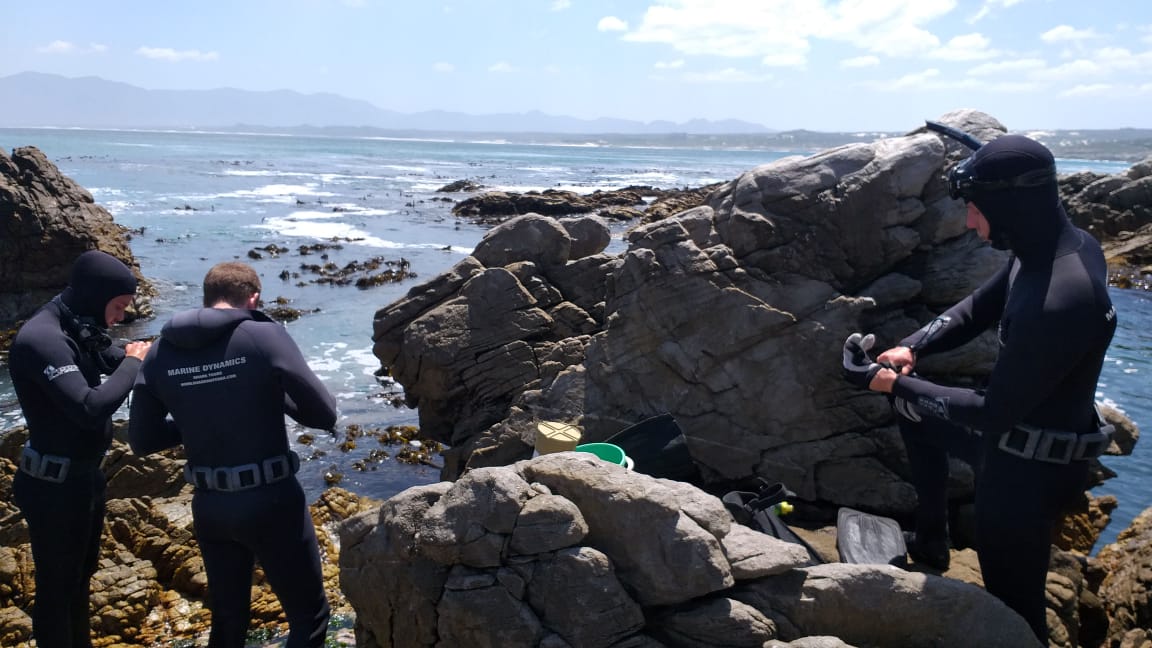 Once we have captured the sharks we will safely bring them ashore and collect important measurements and biological information from each specimen, prior to applying a tag.

Here we will record information such as the total length of the shark and the sex. Remember it is easy to tell the gender of sharks, where males have two appendages on the underside of the animal called claspers, so the presence of claspers would indicate male and absence female. 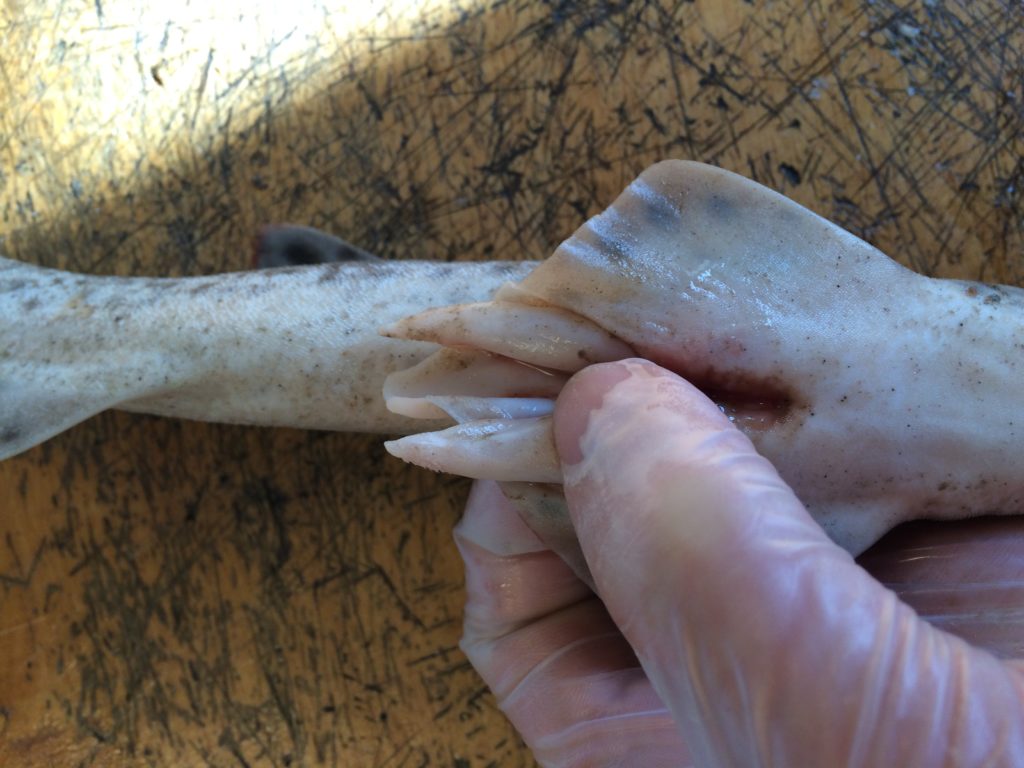 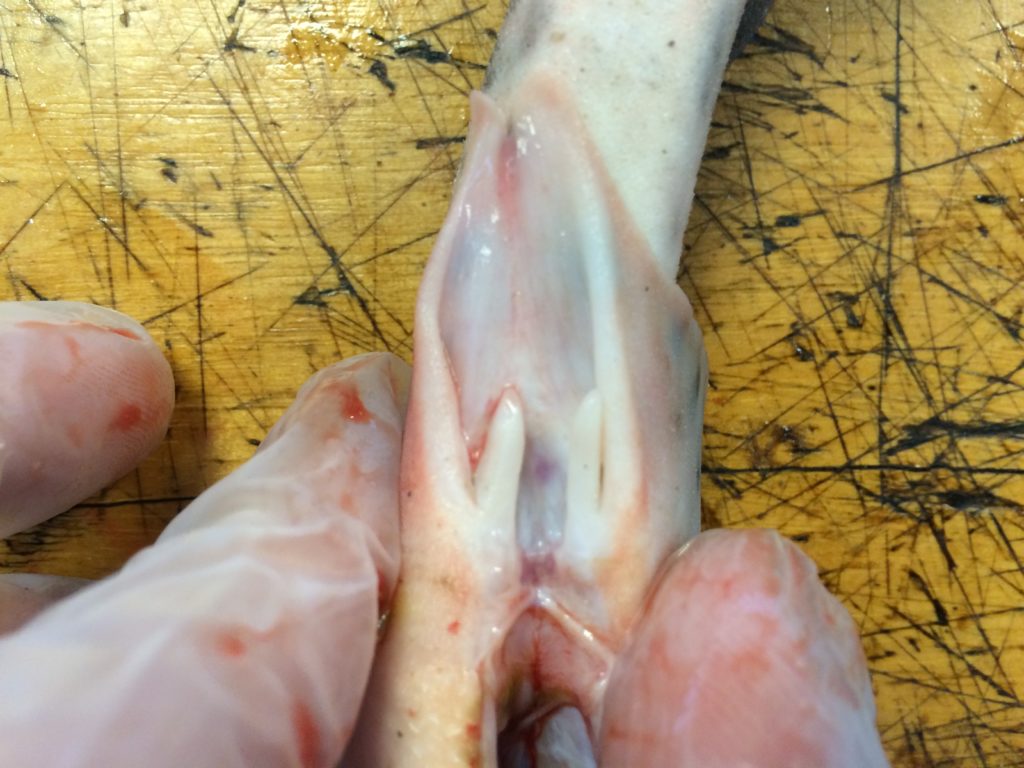 Once those core biological metric have been collected we then begin with the tagging process. 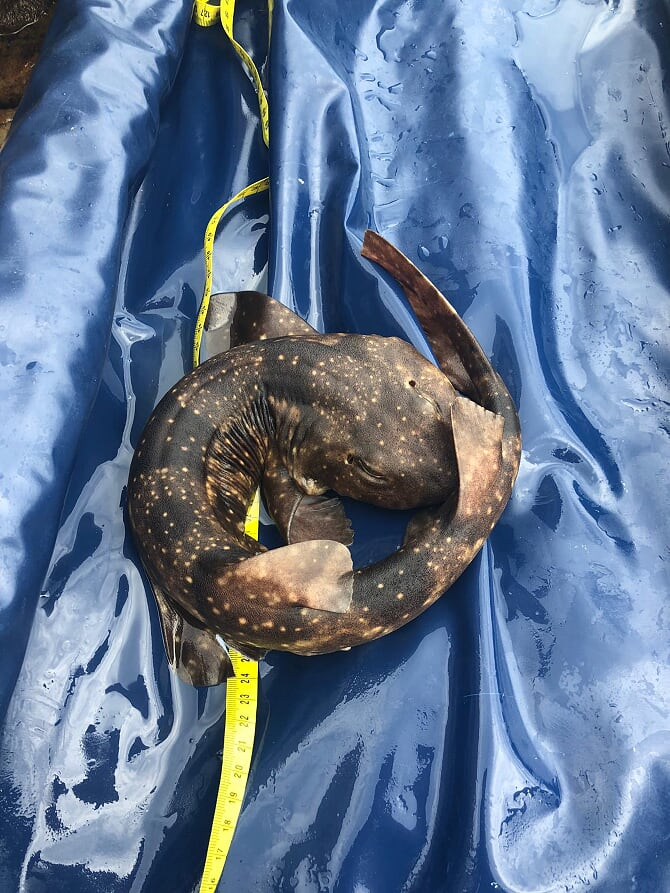 The above shows a Dark Shy Shark that has been caught and placed on our sling where we tag and measure. You can see where they get their name from! As a defence mechanism these sharks will curl into a ball and in an attempt to fend off predators. Here we will calm the shark and keep the individual moist with seawater, so that it relaxes and uncurls. We are then able to apply an ORI tag (Spaghetti tag) to the individual shown by Daniel below. 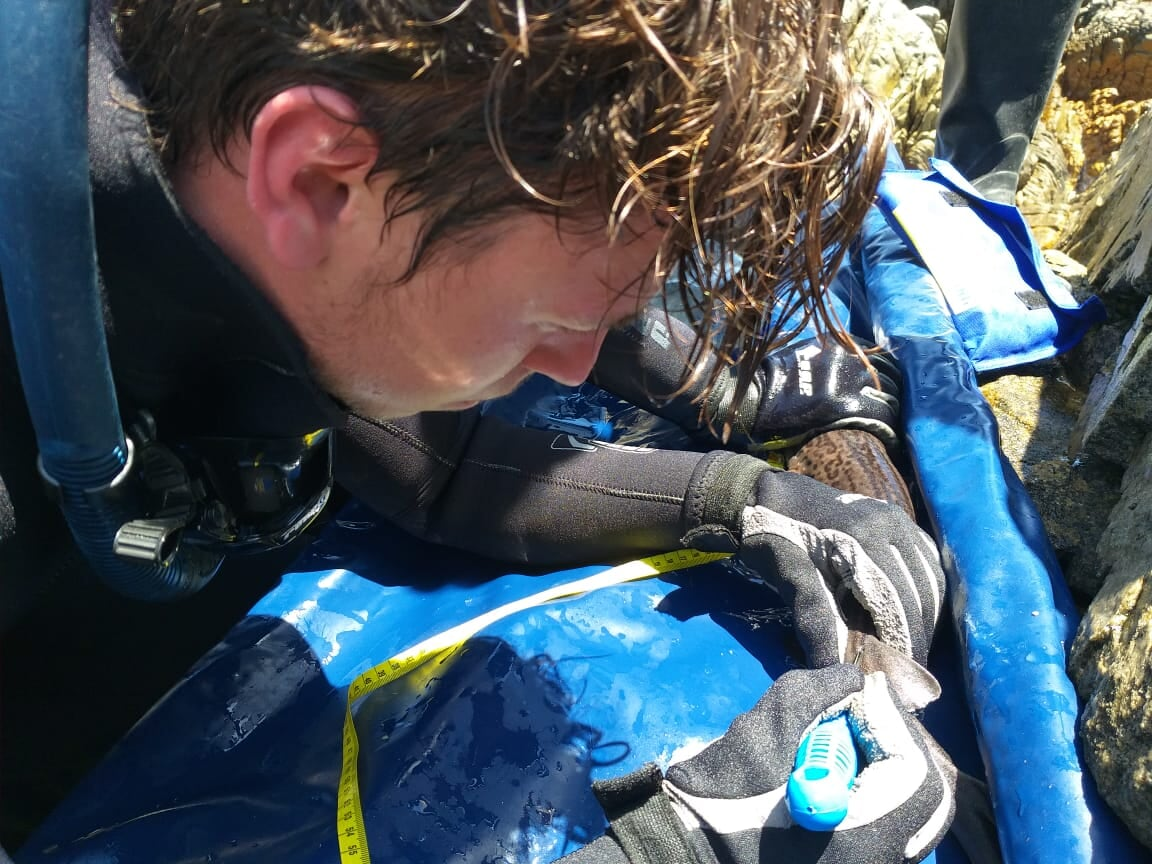 The small tag is inserted below the dorsal fin and the unique code that sits on the tag to identify the shark is recorded. This is all a quick and efficient process to minimise any stress the shark feels so just like that they are back in the water and return to patrolling the kelp forest.

Some of our captures and retrievals!

Over the last 2 weeks we have been to several different sites around De Kelders in search of our target species. Through a combination of fishing and snorkelling we have caught and safely released 7 sharks. We even re-caught one of the Dark Shysharks that previously had been tagged, in the same location, suggesting potentially a small home range here. Of these 7 we have tagged 3 sharks as we are focussing more of our tagging effort towards the species that are data defficient or of a higher conservation concern than say the Dark Shyshark which is of Least Concern on the IUCN Red List.

Catch us next time for an update on our shark tagging adventures!

Valerio is an Intern at the Marine Dynamics Academy, with an MSc in Neuroscience from ETH Switzerland