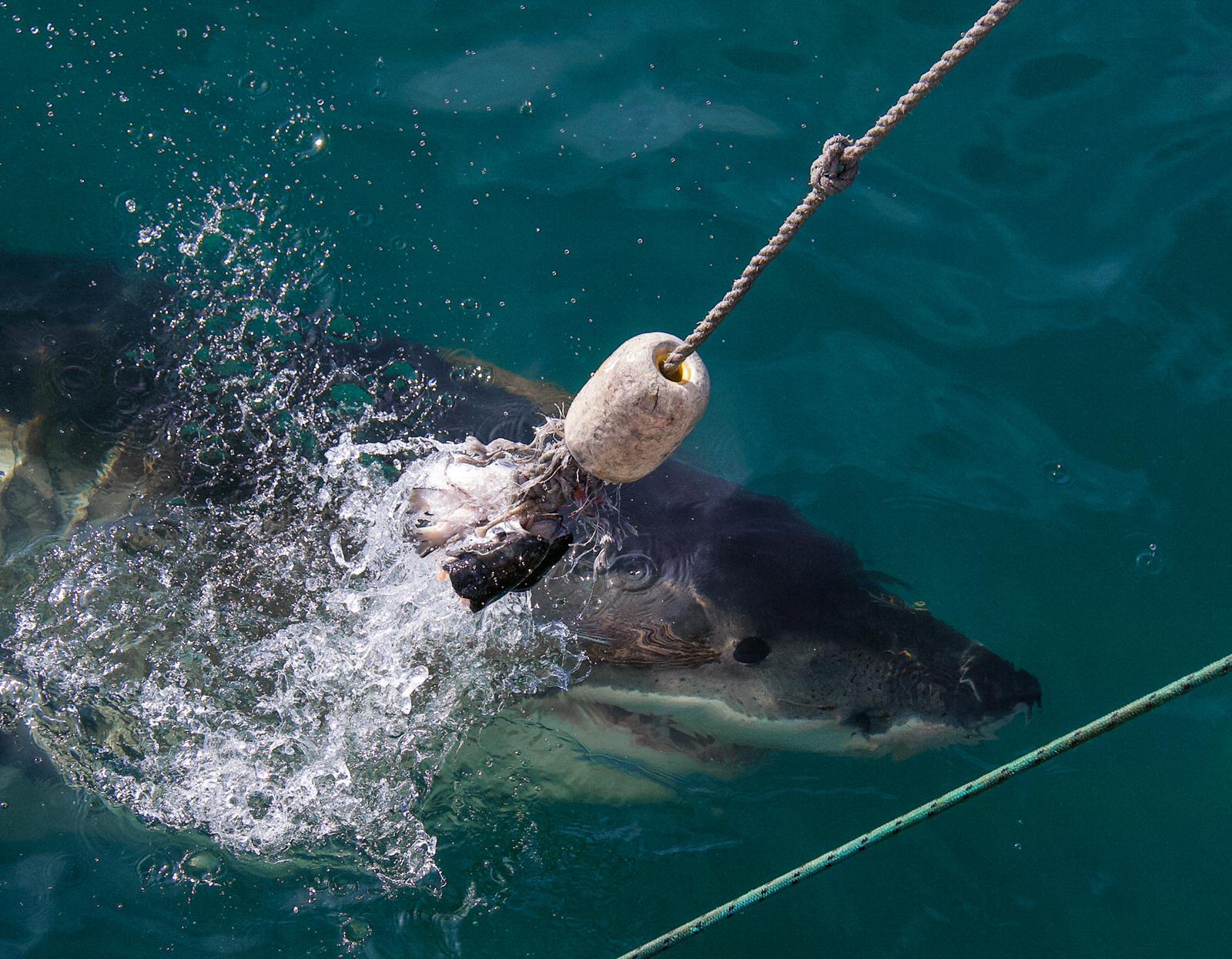 Dreams came true as interns experience a special moment, the tagging of the biggest female White shark ever recorded in Gansbaai!

When arriving here at the Marine Dynamics Academy, I hoped that I would interact with the infamous great white shark population here in Gansbaai throughout my stay. As I arrived at the beginning of May, the number of shark sightings was deficient, specifically the great whites. As disheartening as that was, I have been able to grow my passion for all different kinds of species found here in Gansbaai over the past couple of weeks. Being out in the field, I was taught many research methods that could be used to collect data in this area.

On May 18th, the plan for the day was to go estuary monitoring in the morning, then deploy 4 Baited Remote Underwater Videos (BRUVs) in the afternoon..” Our plans for the day quickly changed as we heard there was a sighting of not just a White shark but a 20-foot long female hanging around the shark diving boat in Gansbaai.

Once the other interns and I heard that the shark diving boat saw this incredible animal, we were very disappointed that we could not see it. Still, at the same time, this was terrific news as it means great white sharks could be moving back into the Gansbaai area. As we started to prepare to leave the harbour and deploy the BRUVs, Alison Towner, a marine biologist specializing in white sharks, just returned to the area and was determined to find this massive female shark. We were ecstatic about the news as the three other interns and I were invited on the trip to tag this female great white. 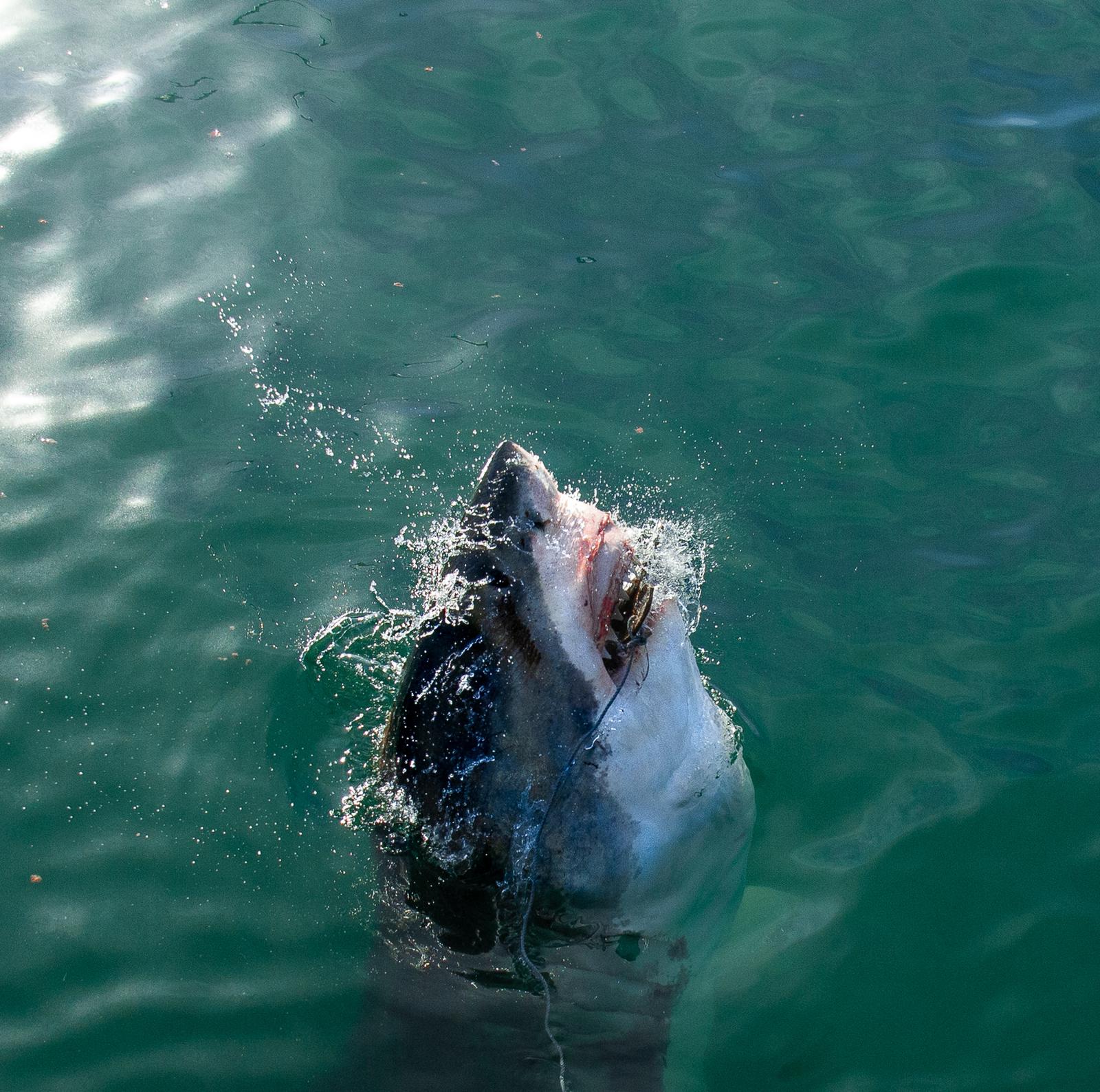 We started our journey to the last area that she was spotted, and in less than a few minutes of arriving, I spotted her at the stern of the boat headed for the bow. Nothing can prepare you for the first time you see a shark that you have been dreaming about for many years, let alone the largest female white shark ever tagged in Gansbaai. This female was sexually mature, with a length of approximately 20 feet. To make this experience even better, we were surrounded by some of the best white shark researchers in the world. As the crew could get her close enough to the boat’s starboard side, they were able to insert an acoustic tag. This is the largest female white shark tagged in Gansbaai, which will aid Alison in her research of great whites as the tag sends a signal to the many receivers stationed around the coast whenever the animal is nearby. 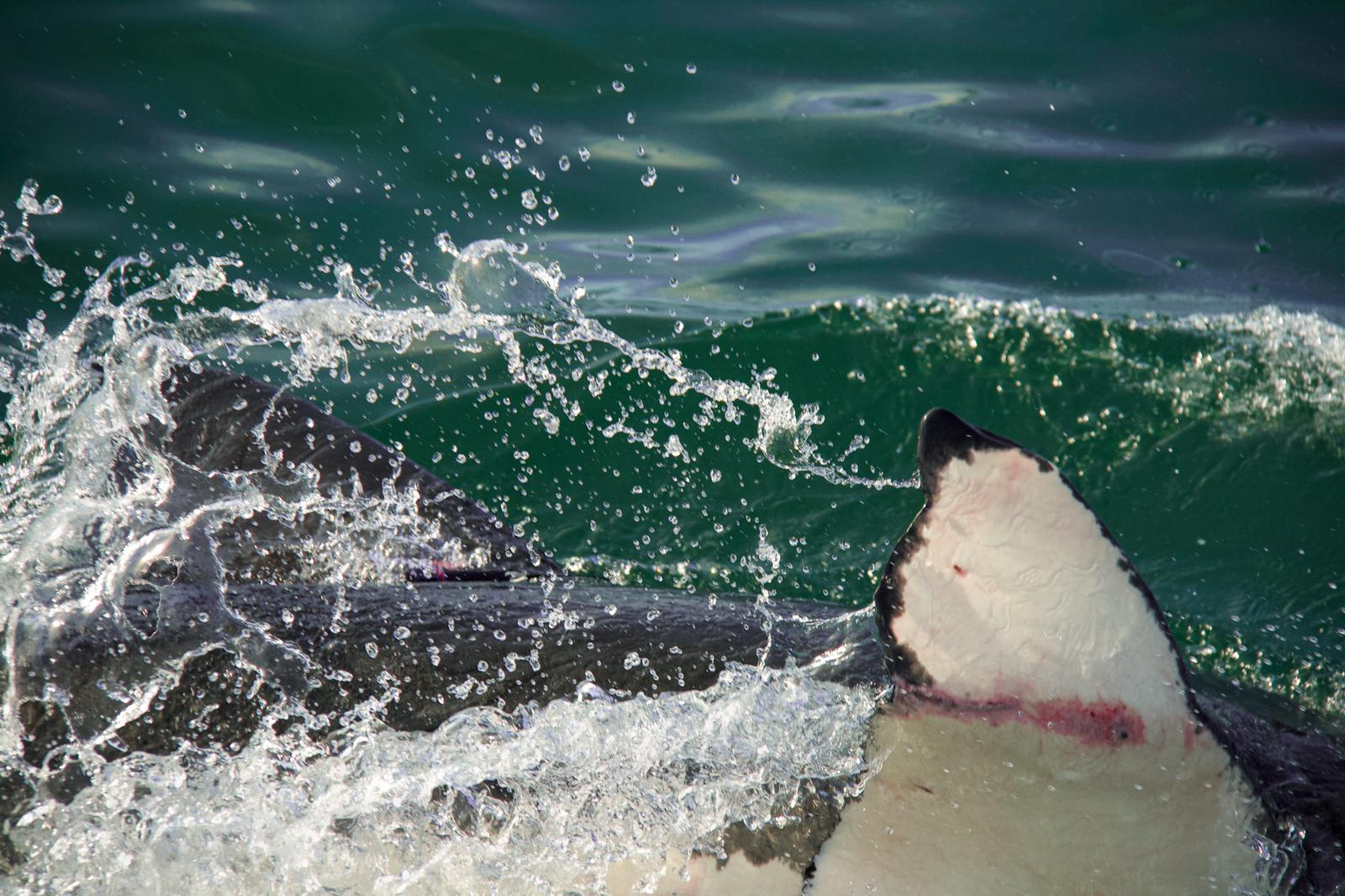 I knew coming to South Africa on this internship, I would get to see wildlife like have never experience before, but I could have never dreamed that the first White shark I would ever see would be an animal of that size. On May 18th, I learned so much from the crew on the boat and will forever be grateful for the experience I shared with the other interns that day.

Emma is a Biology student at Queen's University