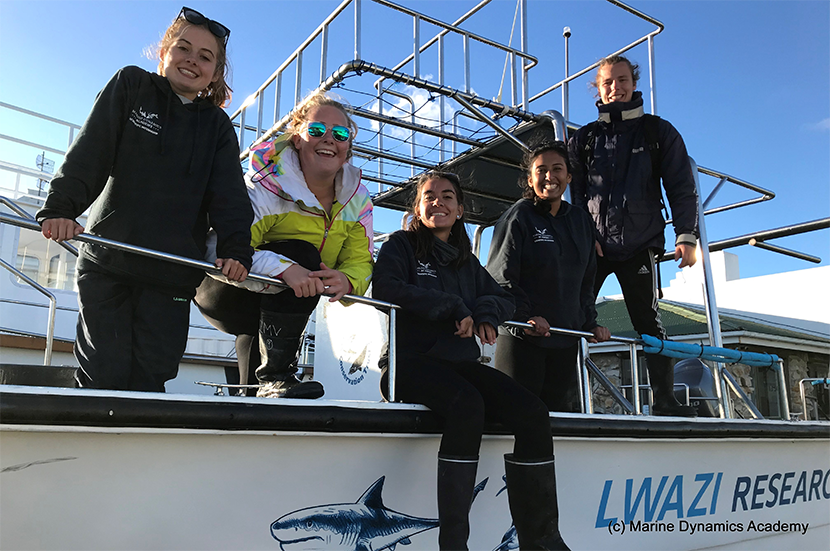 Over the last 2 weeks our interns have headed out on Lwazi, Marine Dynamics’ dedicated research vessel to learn (or brush up on) their BRUVS handling, boat safety and chumming technique alongside Francois, Toby and designated skippers, Hennie & Jan.

BRUVS for those that don’t know are Baited Remote Underwater Video Systems. In simple terms a metal frame houses a GoPro camera and a bait canister to attract fish in order to investigate the community structure and diversity at specific locations. These non-invasive sampling methods are becoming critical around the world, especially in marine reserves and for sampling species of conservation concern, where destructive sampling would be counter-productive. Check out what Marine Dynamics were able to capture on a recent BRUV deployment – Great White Shark Investigates BRUV

Conditions at sea allowed for a smooth start to the 2 newest interns’ first BRUVS experience, and after a quick practice run and demonstration the team were ready to deploy the first device. As directed by an allocated leader, the roles of organising the ropes, bait canister, GoPro and data entry were divided amongst the interns and rotated with every deployment. Positions also included manning the buoy and the shared task of hauling the light but awkwardly shaped frame overboard, each of which got progressively smoother with every operation. 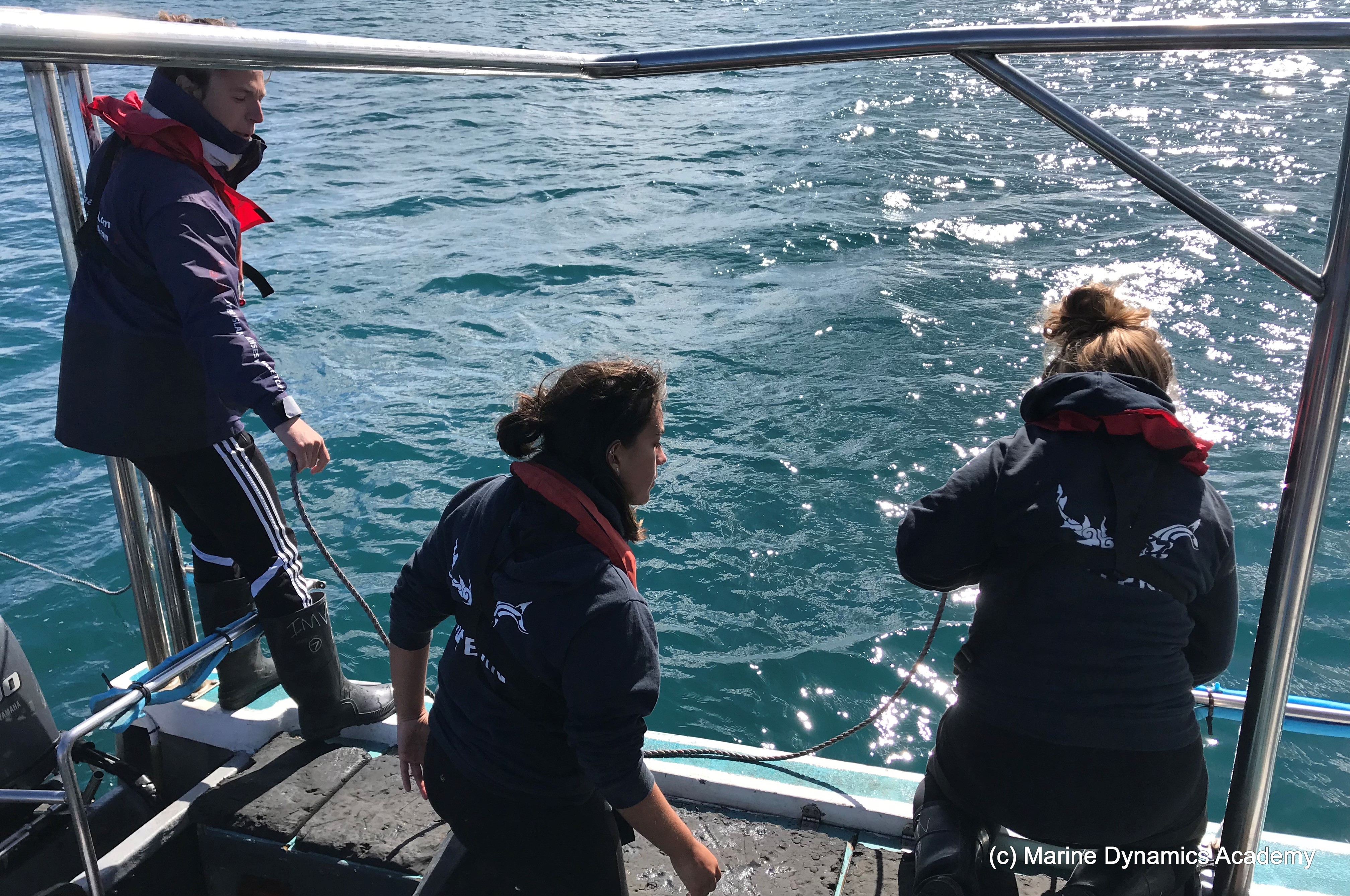 After each of the 4 devices had spent an hour at their predetermined location, it was time to retrieve them, starting with the first deployed and through the remaining points with the same systematic approach the interns learnt the first time round. Manoeuvring the buoy and rope to lift the BRUVS out of the water brought its own challenges which, now with the windspeed and swell picking up, the interns had to quickly adapt and communication was key. As soon as the final device was lifted and all relevant data was collected the team were off to calmer waters. This exercise not only tested the interns’ equipment and data handling under pressure on deck, but also called upon their ability to listen and communicate with each other, working as a single unit as safely and efficiently as possible. 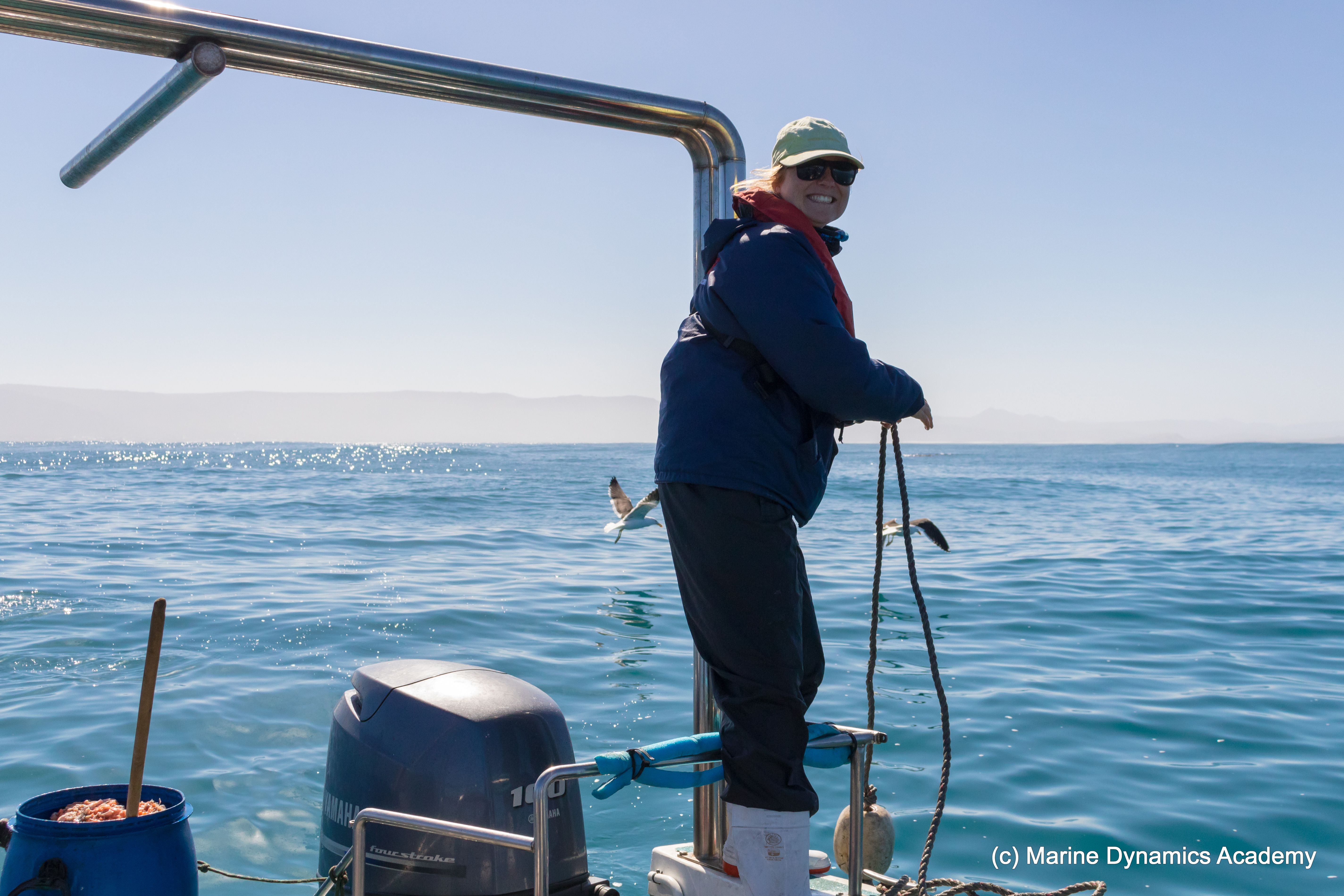 On our most recent trip to the Geldsteen, where we went to check the waters for some Great Whites, LJ from IMV, joined us on the water to get some research experience at sea. Again on rotation, the group got involved with chumming, working with the bait-line (expertly prepared by our more experienced intern Dan) and Sally, the false seal. Morale remained high and the team’s hopes of catching sight of a local Great White didn’t fade until the last minute when, after a good hour and a half of churning fish, waving bait and shoo-ing away birds, it was about time to call it a day. No sharks were spotted on both trips out, but they were a great success and everyone came away with a greater understanding of BRUVS and the potential to get some great data from the day’s footage. We will analyse the footage over the coming days and identify the shark species that came into view of the BRUV array. 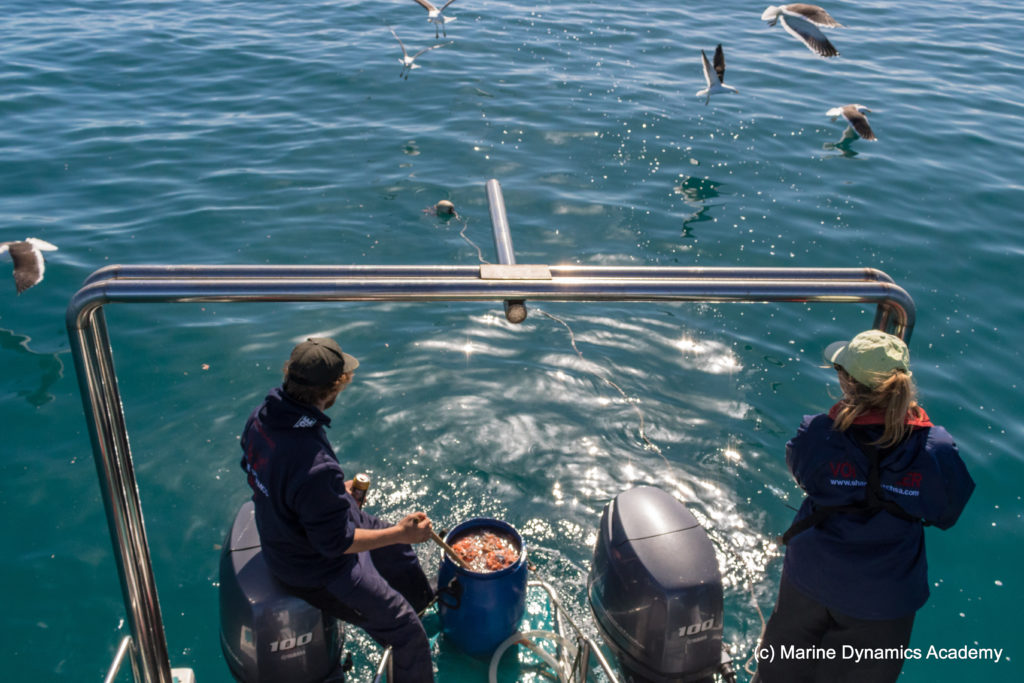 Anna is an Intern at the Marine Dynamics Academy, currently studying Biology & Marine Biology at the University of Southampton UK.

Clisha is an Intern at the Marine Dynamics Academy, currently studying Neuroscience and Psychology at the University of Texas.